Fermi Paradox and the Phosphorus problem

For those who may not remember what “Fermi Paradox” refers to: it is the attempt to address the question: If the universe is so vast and so old as it is, and if what we see here in our region is typical of other regions, including a propensity to evolve life, then … where is everybody?

And of course, there is quite a plethora of plausible answers addressing this issue. But one that I just now recently was made aware of is called “the Phosphorus” problem which Isaac Arthur discussed in a video titled “The Phosophorus Problem” he made just a couple years ago. I thought it quite intriguing.

So mostly this is just an excuse to, not just provide others here with that link, but also to perhaps introduce any science buffs to Isaac Arthur. I can’t remember, but I don’t think I’ve brought him up here before. I’ve learned a lot from him - and my son really enjoys his videos and brings them to my attention. While he likes getting into the weeds with big numbers and pretty extravagent “what-if” sorts of speculations, he does stay grounded in science, and whatever you may think of some of his video topics, there is a lot of good science to learn along the way.

And Merry Christmas, everyone!

Maybe we really are some kind of cyber program. Obviously there is too little phosphate in the universe for real humans to exist. Some ancient breed must have set our ‘universe’ and ‘selves’ in motion before running out of phosphate on the home planet long, long ago.

I knew that Phosphorus wasn’t all that common among elements here on earth. But it was interesting to hear that among the top ten elements of the universe (which includes the big four and many other of the big elements of life), that only one out of every two thousand atoms of the universe isn’t among these top ten elements. And Phosphorus, apparently isn’t even close to being in the top ten.

Even this doesn’t prove that life must be necessarily rare, but it does show a possible avenue of plausibility if it did turn out that life actually does turn out to be rare.

It really is the strangest sensation when one is sure one said something germane but there is no trace.

The Fermi Paradox is a mirage and there is no phosphorous problem any more than there was on mediocre Earth. The mediocre galaxy seethes with life, civilizations that can never empirically prove that rational fact. Because space is too big and too noisy.

It really is the strangest sensation when one is sure one said something germane but there is no trace.

I think the bar for posts sticking around here is low enough to be considered inclusive. All that’s needed is a mind still-engaged and a non-atrophied curiosity.

there is no phosphorous problem

Here we are. What more could you possibly need?

If you had watched the video, you would understand the challenge. It’s apparent that you don’t. Nor do I ask any more of you, as I hate the thought of asking people to spend time listening to what they consider no more than ‘drivel’. I’m holding out for substantive conversation, but can wait as needed.

Thanks for posting this Mervin. I watched the video and found it quite an eye opener.

There’s actually quite a lot of information to unpack in the video. One point in particular is explaining where all the different chemical elements are created. 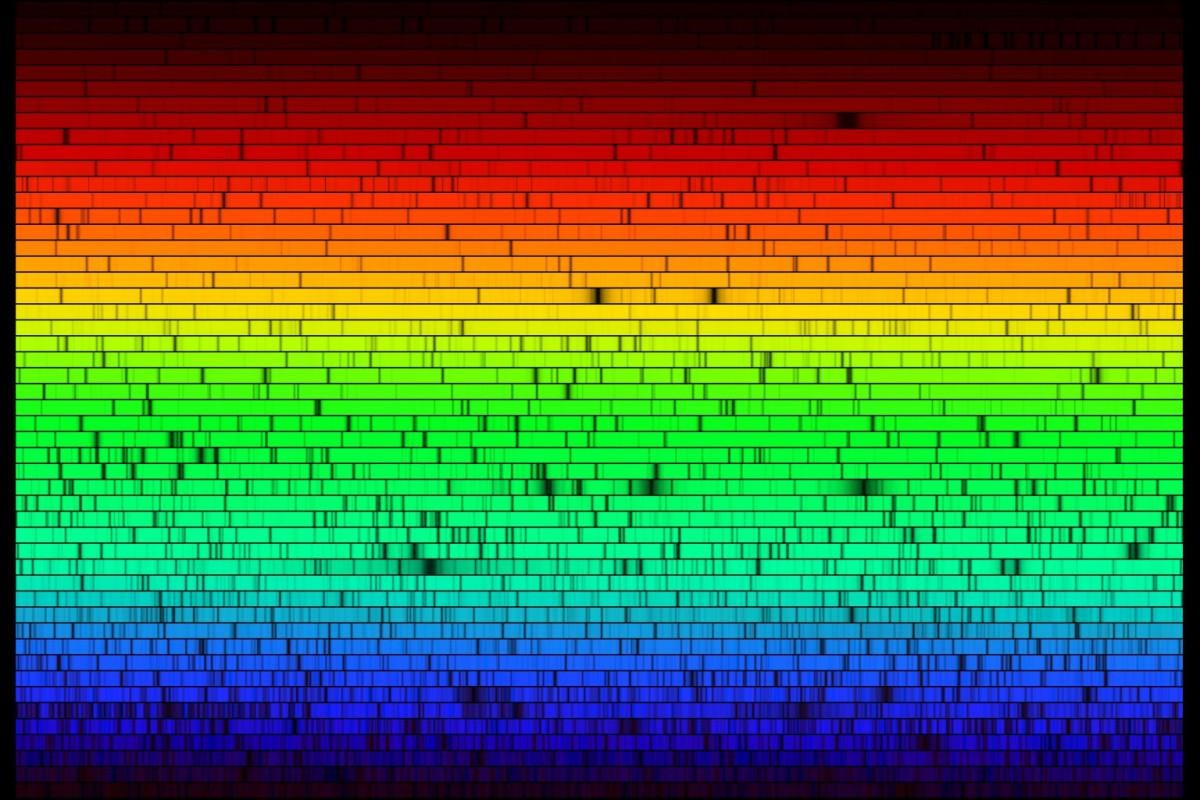 The Scientific Story Of How Each Element Was Made

Only a small number of events were needed to give us everything we find today.

He makes the point that because of these different creation routes, the distribution of the different elements throughout the universe and even throughout galaxies and star systems is very uneven. If I’ve understood it correctly, the amount of phosphorus on Earth is unusually high. This could make it difficult for life as we know it to find another home if we ever manage to leave the Earth or the Solar System.

Thanks for that elements origins chart, James! I’m going to be coming back to that a lot.

I was also fascinated that (if I recall correctly from my once-listen-through of the video) the phosphorus distribution is also uneven through time - favoring more phosphorus in the later universe after more old star life cycles have had a chance to complete. So if life is constrained to the type of biochemistry we are familiar with, then that could be a reason why the early universe might not have been able to harbor life. Of course there could be other life chemistries too, but apparently there are also compelling reasons why the particular chemistry we see works as it does too, making other chemistries (like silicon-based life as one extreme example) practically impossible. At least in any way we can think of.

More generally, having a sufficient amount of atoms that aren’t hydrogen and helium requires a few rounds of supernovae, colliding stars, etc., so it would be difficult to have life much earlier than Earth, even if there are ways to use less phosphorus. Phosphorus is probably the rarest element needed in especially high amounts by most life, but trace amounts of various rarer elements are needed by much of life as well.

The “life is sure to be on any planet near the habitable zone” claims tend to ignore the problems of stellar outbursts, long-term gravitational instabilities, and other factors that may make many planets uninhabitable. But in reality, our sample size of well-studied planets is too small to draw much of a conclusion about the frequency of life; sometimes, one wonders about detecting any intelligent life on Earth, much less elsewhere. The so-called “Copernician principle” that we must not be unusual is in fact a version of the gambler’s fallacy. Life on Earth is likely to be unusual in some ways and not in others, as is true of any actual sample.

The mediocre galaxy seethes with life,

So, yeah, the title is click-baity.

So we live in the youngest, smallest, universe that we could live in. 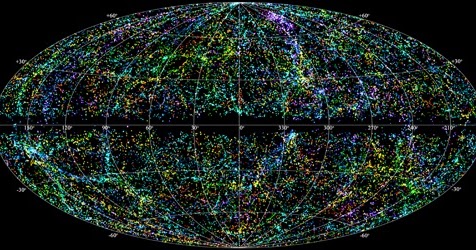 Can you quantify unusual?

And example in what ways?

If you had watched the video, you would understand the challenge. It’s apparent that you don’t. Nor do I ask any more of you, as I hate the thought of asking people to spend time listening to what they consider no more than ‘drivel’. I’m holding out for substantive conversation, but can wait as needed.

How can one have a substantive conversation about whether pigs have wings? There is no Fermi Paradox. And does the video mention the APOGEE findings? It’s all a question of sigmas isn’t it?

And does the video mention the APOGEE findings?

I don’t remember such a thing being mentioned. But perhaps you could explain what those are - I don’t know about them in any case.

Thanks for that paper. I failed to understand details of much of it, but if I understand some of their conclusions correctly, what I gather is that our ability to accurately measure P-rich stars may still leave some doubt as to how rare Phosphorus actually is - though much of the paper does delve into what is considered an ongoing mystery of sorting among (and ruling out some) possible pathways of synthesis. At one point, I think the authors suggested that a particular pathway would have been from a stellar process happening fairly early in the formation of the universe. So, if true, that might help lay to rest that particular restriction on familiar chemical life formation.

Others here would need to correct my impressions above of help interpret much of that paper. I simply didn’t have the expertise to make sense of the graphs and data given. Nor am I under any pretensions that I will pursue my curiosity that deeply other than taking an interest in the resulting conclusions. It’s above my current knowledge grade.

You can quantify unusual only with an adequate sample. A randomly selected example taken out of a set that adequately approximates a normal distribution has a higher chance of being close to average than close to an extreme. But in cosmology, we have a sample size of one studied universe; the vast majority of well-characterized stars come from one galaxy, well-characterized planets are from a single system, and only one planet has been adequately explored for traces of life (though many can be determined to be definitely inhospitable). None of those samples are randomly selected. Thus, we cannot confidently say whether the universe has many inhabited planets, or relatively few, or only one, for example. Offhand, I’d guess that there are more than one, but what proportion of the planets are habitable is unknown. (Also, one needs to define whether a small proportion of a huge number counts as many or few.)

Thanks for that elements origins chart, James!

Something is wrong with that chart though.

Stellar fusion is the source of many of the elements in the lower atomic number range. And no an explosion is not required to disperse them since it is also disperse through solar wind.

The solar wind is a stream of charged particles released from the upper atmosphere of the Sun, called the corona. This plasma mostly consists of electrons, protons and alpha particles with kinetic energy between 0.5 and 10 keV. The composition of the solar wind plasma also includes a mixture of materials found in the solar plasma: trace amounts of heavy ions and atomic nuclei such as C, N, O, Ne, Mg, Si, S, and Fe. There are also rarer traces of some other nuclei and isotopes such as P, Ti, Cr, 54Fe and 56Fe, and 58Ni, 60Ni, and 62Ni. (Wikipedia on solar wind)

The sun has lost only .05 percent of its mass over its lifetime and most of that is to energy. For larger stars this is higher – as much as a tenth of its mass over its lifetime. But most of this is in the form of energy rather than matter particles. For this reason the chart is probably including most of origin of this matter produced by stellar fusion in the explosion of stars and white dwarfs, even though those elements were not actually produced by the explosion itself. Some of those elements ARE produced only by the explosion itself and not by the usual stellar fusion process.

“0.01% of four hundred thousand million star systems isn’t a small number.”
True, but it is a small proportion - one must be clear which is being talked about to communicate accurately.

On the contrary, it is quite rational - a refusal to extrapolate from inadequate data. We can’t accurately say what proportion of planets are habitable, for we don’t know the true limits on habitability, nor do we have definitive enough information on the frequency and effects of potential disruptors such as stellar flares.

Now, I can say that it seems quite plausible that there would be more than one inhabited world in that set. But saying that there is one, without any better argument, is not proven.