Why is religion on the decline?

Decline of Christianity in the Western world

Developed countries with modern, secular educational facilities in the post-World War II era have shifted towards post-Christian, secular, globalized, multicultural and multifaith societies. Christianity currently remains the predominant religion in Latin America, Western Europe, Canada and the United States. However, the religion is declining in Western Europe, North America and some countries of Oceania. According to a 2012 Pew Research Center survey, throughout the next four decades, Christia...

This was a Wikipedia article on the decline of Christianity in the western world.
Some other sources also stated that religion was declining in general, or at least Christianity, in the world.
I’m not sure if all of it is correct or not, but if so, why do you think religion is on the decline?

Also, sorry if this is short and vague, I don’t really know what to research for this except Wikipedia. I’ll see if I can find some more if anyone asks.

This comes to mind:

You will hear of wars and rumors of wars, but see to it that you are not alarmed. Such things must happen, but the end is still to come. Nation will rise against nation, and kingdom against kingdom. There will be famines and earthquakes in various places. All these are the beginning of birth pains.

Then you will be handed over to be persecuted and put to death, and you will be hated by all nations because of me. At that time many will turn away from the faith and will betray and hate each other, and many false prophets will appear and deceive many people. Because of the increase of wickedness, the love of most will grow cold, but the one who stands firm to the end will be saved. And this gospel of the kingdom will be preached in the whole world as a testimony to all nations, and then the end will come.
Matthew 24:6-14

On the other hand, it may be diminishing in first world countries but growing elsewhere: 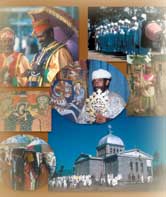 The Explosion of Christianity in Africa

In the twentieth century, Christianity in Africa exploded from an estimated population of eight or nine million in 1900 (8 to 9%) to some 335 million in 2000 (45%), marking a shift in the “center of gravity of Christianity” from the...

I don’t really know what to research for this except Wikipedia.

You could try the Pew Research Center, since they do most of the studies.

(PS while I like some of her books, some of her apologetics, like Lewis’ trifecta, are based on faulty reasoning). I do appreciate a different point of view.

And it’s safe to say that religion continues to evolve as it always has.

No, but our convictions about what God is like sure do ebb and flow (on a scale of decades and centuries). ‘evolved’ will be a trigger word for too many, but for those who can appreciate the wider conceptual use of that descriptor, it also captures some truth on scales of centuries and millennia.

Religion is just another word for worldview really. The etymology of ‘religion’ shares a root with ligament, ligature and ligand, denoting a binding, the basis of our presuppositions and what we are committed to intellectually.

it also captures some truth on scales of centuries and millennia.

But it doesn’t say anything about God himself.

That’s pretty close to true! Ask somebody what God is like, and their answer will invariably tell you a lot more about that person than about God.

I see different reports at different times talking about religion and it’s growth. I’ve seen some that says the decline is from baby boomers dying to its a delayed stabilization from rebellious youths coming back in their 30s and so on.

Ultimately I think Christianity is declining because of views like young earth creationism misleading them into thinking bible vs science. Which is the contention BioLogos combats. In my experience many are really hurt and embarrassed by certain styles of Christianity that seems to dominate and so they bounce and as they get older and that rage and pain goes down a bit coupled with running into people like you may find here they end up returning back to a reconstructed faith.

As for are less believers? I have no idea. I always hear people say “ places like Portland have way more atheists “ and when I lived In Oregon I met literally thousands of believers over several years. When I was in Portland I was part of the “Portland Church of Christ” and I was doing 10 bible studies a week with random people I approached and we had several of them baptized in that time. I met many who said they were atheists , but normally after getting to know one another they would admit to being agnostic and wished there was something to believe in and we would often end up studying.

Now I live back in the Bible Belt of SE USA and 99 out of 100 people i ask do they believe in God says yes even if they don’t read the Bible, don’t go to church and don’t even remotely try to live it.

I have little doubt that the attendance of old boring churches is in decline. That has been the case for a very long time. But that is not the whole story. People get tired of doing things in these robotic patterns with narrow minded people who equate Christianity with one way of doing things, so they start up new churches to try out new ways of doing things. They have this idea that the message is more important than the old habits.

but it is the detachment from the eternal ritual that makes Christianity die, like humans die because of their separation from the eternal God. It is those ancient rituals that link us to the past.

Part of the problem is the turn of religion into a Santa cult promising material prosperity as a reward and the corruption in the institutions discrediting religion as means of achieving morally acceptable life.

The worst part of Christianity is the teaching of a Jesus that does acts of magic that appal to our materialistic desires such as physical health, wealth and everlasting selfishness. The lesson of Jesus to die for us is turned into an act of atonement to change Gods mind, to appease an angry God that promised to kill us in revenge for sin, instead of an act of self-sacrifice to atone us to God, to teach us that we can be reunited with God again by accepting his authority over our lives and that our sin is forgiven. Don’t worry about your adultery any more as it is okay with God as his son died on the cross instead of you. Instead you will become a hard light hologram of yourself after death - ideally in the shape of your choice most attractive to others.
This materialist attitude to death is the death of religion as it fails to go beyond materialist satisfactions. A religion that teaches you that a fine wine is more valuable than the water of ritual purification, the symbol of repentance that allowed you to step into the presence of the Lord is a clear symbol of an attitude that your drunken self is a better representation of yourself than a sober one. If Jesus teachings are distorted in a way that they do not change your perception of reality and it’s logic truth but reinforce your wishful thinking you are better off with playing virtual reality games then going to church. Even cultural appropriation to bow to peoples sexual desires can’t fix church attendance, as virtual reality allows you to take those to an entirely different level, e.g. the internet does porn better than the church, and people go Disney instead.

Gee i wonder why lol.

Just to be clear it seems that christianity is in decline.Islam for example is gonna surpass christianity in the following years .

Yes, as Christy mentioned, look at Pew Research. They are an excellent resource for data on religion.

Regarding Christianity in the U.S., I don’t ever hear anyone saying it outright, but since the end of WWII in particular, and maybe back to post WWI, when there were enormous evangelistic and revivalistic movements, we have gotten used to the church attendance numbers being inflated by good people attending church, because that’s what good people and good citizens do.
I don’t mean that cynically, although it sounds that way. I think we are seeing people of marginal belief simply leaving, recognizing that for them, there are more valuable ways to spend their time and money and guilt than at church with people they may like, but who seem stuck with a kind of morality that is outdated and demands for belief that just don’t work for them.
I think fundamentalism is an additional related factor that is directly related to those leaving whose families were in the church because of the revivalistic movements that came a generation or two before. For those of marginal belief (even for lots of us with profound belief) fundamentalism draws so many lines that one finally just heads for the door. Can’t live up to this, don’t believe it, why even stay?

It is those ancient rituals that link us to the past.

Besides, we are commanded to observe Holy Communion and to baptize. Some find this boring, apparently.

There are two questions here. First one is whether christianity is declining?
The second is why christianity seems to decline in the western world?

I guess there are now more Christians on the globe than ever before. It is just that the western world is in a different situation than Africa, Asia or South America. Western world, especially Europe, is becoming a missionary field receiving missionaries from Africa and elsewhere.

What is wrong in the western world? I believe that Lesslie Newbigin (books: Foolishness to the Greeks: the gospel and western culture; The gospel in a pluralist society) and Tim Keller (How to reach the west again; plus other writings) noted something important in their books. I have only read parts of their books but recommend these for anyone interested about the topic.

This is not the time to worry about that with the internet, Christianity will reach the natives of the Amazon in the next 15 years, this is only momentary, in addition to this rise in the price of oil and everything else, many people who were agnostics They will become 100% religious because they will seek help from heaven in the face of the economic crisis, in addition our democracies are on the verge of collapse due to polarization and our cultures on the verge of collapse due to overexposure to globalization, that is, more reasons to take refuge in a religion…