Why do we have an appendix?

I have been reading up lately on different parts of the human body, including ‘flaws’ and I came across the appendix, I noticed that alot of people tend to say that the appendix is useless and can cause more harm than good, also it is said that it serves no real purpose, is this true? Has any purpose been found for this otherwise useless organ? If not what was the purpose of this organ when it was still relevant and why did we need it in the first place?

The answer given by google is…

> The worm-shaped structure found near the junction of the small and large intestines evolved 32 times among mammals, according to a new study. The finding adds weight to the idea that the appendix helps protect our beneficial gut bacteria when a serious infection strikes.

That is the party line, but I have found no studies indicating that post-appendectomy patients have worse problems with C. Diff or other intestinal infections. Certainly, it may have a role in early life that disappears later,which would not be picked up by post-appendectomy studies… Interestingly, one study showed a slightly lower incidence of ulcerative colitis in post appendectomy patients, and a slightly higher incidence of Crohn’s disease. What that means is uncertain, as it is possible some patients might have appendicial involvement as the first sign of Crohns, or it may just be statistical noise.

I have been reading up lately on different parts of the human body, including ‘flaws’ and I came across the appendix, I noticed that alot of people tend to say that the appendix is useless and can cause more harm than good, also it is said that it serves no real purpose, is this true? Has any purpose been found for this otherwise useless organ? If not what was the purpose of this organ when it was still relevant and why did we need it in the first place?

It’s a vestigial organ or structure, something that was once useful in our evolutionary past but now of limited or no use. Just like our wisdom teeth. And like dewclaws in dogs, cattle, and other animals. And like the vestigial legs in some whales! In the context of human evolution, human vestigiality involves those traits (such as organs or behaviors) occurring in humans that have lost all or most of their original function through evolution. Although structures called vestigial often appear functionless, a vestigial structure may retain lesser functions or develop minor new ones. In some cases, structures once identified as vestigial simply had an unrecognized function. Vestigal organs are sometimes called rudimentary organs. The exampl...

Is the thought behind your post, that these “flaws” suggest we were not created by an omnipotent supreme God?

To me the logic doesn’t follow. If I can see the brush strokes on a painting, does that mean it was the work of an inferior artist?

If one day humans could build perfect androids, humanoid but without vestigial features, would that mean we are more perfect creators than God? I don’t think so: the way God’s Creation has unfolded is far more specular and awesome than any robot factory.

And now, the evil appendix may cause Parkingson’s disease (not really, but may be associated with increased risk): 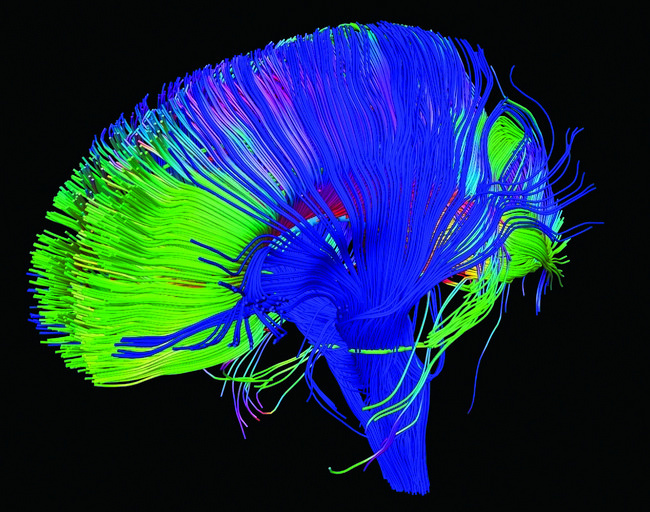 Is the appendix a useless organ, an immune system benefactor, a Parkinson's disease instigator, or all of the above?

Im honestly always a bit skeptical of “ not needed organs and parts”. I have never looked into it though to be honest. What I have looked into could also be lies. But I often hear stories of times scientists and medical professions that something was not needed and later on turned out it was.

Like tonsils. I remember being a kid and it being pushed tonsils should be removed. At one time they sit up an appointment to remove mine and I lashed out so violently that the restraint needed to hold me down by the doctors resulted in my dad attacking him. So that could be part of my potentially unwarranted bias towards this subject.

It’s not that I think it is ridiculous. It makes sense as we evolve that somethings start to become more and more useless. It will be interesting to eventually look into this.

Im honestly always a bit skeptical of “ not needed organs and parts”.

What about the vestigial legs on some whales? And dewclaws on cows?

Sure. But from what animals are we removing internal organs from?

Sure. But from what animals are we removing internal organs from?

I’m not sure what you are asking.

The appendix does not seem so useless.

I don’t think anyone here wants to live without a tail bones.

With wisdom teeth it seems like their usefulness is not clear cut. Wisdom teeth seem less needed now given our hygiene and access to processed food. From what I have read in developing countries they seem to have less issues with them. It also seems that until just recently they may have still played a major role in elderly being able to eat after losing other teeth.

As for with whales, again I said I’m not opposed to the idea of some parts of our anatomy becoming useless. It’s obviously real. What the discussion seems to be about is removing internal organs from us though. Whales still occasionally have these slight mutations , but not that significant of something such as with larger legs. It’s been 50,000,000 years with them as well. Our story is much younger. Whales were in the ocean I believe far before we were even bipedal.

Depending on how you define terms, marine whales (still with legs, but very much aquatic or marine) were around before the split between humans and new world monkeys.

That’s what I was saying to support my belief that if they still occasionally have legs despite having evolved well before us into marine mammals I am hard pressed to believe in a fraction of that time organs became evolutionary useless and from what I’ve read their lack of use has more to do with civilization and seems to play a much larger roles tens of thousands of years ago and still seem to play decent roles in the life of third world indigenous people.

Vestigial does not mean unneeded, though sometimes vestigial
things have no use. Arm hair, say.
Or the hind- leg remnants in whales and snakes

Your inner ear is but a vestige of a powerful reptile jaw, but terrifically useful.

I understand. I’m not opposed to it. That was in my first statement. I said I’m skeptical of how quick and flip floppy experts are on how safe or necessary is it to so quickly remove internal organs.

You are talking of a different time.

People used to be quick to burn witches, too.

I’m talking about the current state and debate of this subject. The discussion started off about it. My comments were tied into the first few comments and the debate around it. Including how in the 90s they wanted to remove tonsils all the time for almost any reason.

Not quite. In my childhood in the 1950-60s that was no doubt a fair generalization, but at least since the late '70s when I entered medicine there were fairly strict criteria regarding recurrent infections etc. for tonsil removal, though still common. I personally had mine removed at age 19 for recurrent infections and nasty ragged tonsils.

Your inner ear is but a vestige of a powerful reptile jaw, but terrifically useful.

The bones of the reptilian jaw becoming the tiny bones of our inner ear is actually an example of
Exaptation —
a feature that performs a function but that was not produced by natural selection for its current use. Perhaps the feature was produced by natural selection for a function other than the one it currently performs and was then co-opted for its current function.

Another example of exaptation is the feathers of dinosaurs. They didn’t evolve for flight originally, but now are mainly used for flight by birds, the descendants of dinos.