Thanksgiving is the time of year that many Americans officially start asking for Christmas lists from family members. I”m more than a bit behind on all things these days. Particularly on reading.

So, what about you? Christmas is coming. Any books you want to give or get? Gift ideas related to science and/or faith?

“Born to Wonder” by Alister McGrath is still on my list, as well as “I’ve Seen the End of You: A Neurosurgeon’s Look at Faith, Doubt, and the Things We Think We Know” by W. Lee Warren. I’d also love to read “The Holy Ghost: A Spirited Comic” by John Hendrix.

I’m sure I’ll think of more, but right now I am wishing for some bluetooth earphones of some kind to use with my Kindle.

I need to give myself the gift of mastering the screen reader gestures so I can get the most out of the whole range of features.

I guess that Hickman, C.S. & McLean, J.H. (1990). Systematic Revision and Suprageneric Classification of Trochacean Gastropods would somewhat qualify, however I was planning to order it with some of the money from my birthday.

Does this fit better here, or as Humor?

xkcd: What If 2 Gift Guide

Thanks, Timothy. I’m going to get a lot of use out of this one!

Everyone should put Dawn on their list. it’s a really fun read!

From the "Dawn" of Time: A New Story - Post - BioLogos

The new book "Dawn" weaves together the big theological story of creation-fall-redemption with the sweep of natural history. Your view of God will be greater after reading this imaginative story told through the eyes of a proton.

“The Plot against the King” by Kash Patel. Look it up. You’ll be glad you did!

I’m going add Jesus and John Wayne.. While not quite finished, it is a fascinating review of how we got to here in evangelical Christianity. Maybe put it on the gift list for those who tend toward patriarchy and Christian Nationalism to see what they think of it. You may get coal in your stocking from them next year, however.

That’s for sure, Phil. Or maybe rather a rotten egg or a stone from the driveway. Coal may be too precious. And controversial.

The Plot against the King

I am trying to make some progress shopping online for other people, and then I saw this from the minds behind our favorite reliable news source, the Babylon Bee! So tempting!

It’s been a very long time since I read the “original.”
And it’s in Bookshare!!! Downloaded!

Might have something there. Not sure about some of the Babylon Bee’s stuff, but occasional they make me smile.

Just came across this, looks good.

I need to put that on mine as well. Thanks for the reminder. And now I”m going to have “Surrender” in my head all night.

Just ran across this at the local Indy bookstore where my knitting group meets. I read Thinking in Pictures when it first came out and I was still teaching. It was helpful in many ways. This one looks like it will be, too: 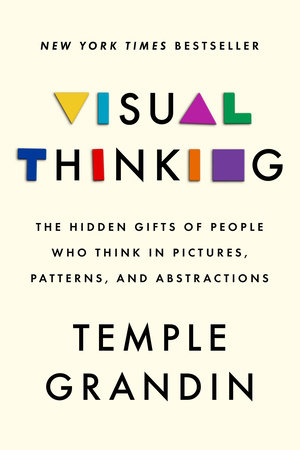 INSTANT NEW YORK TIMES BESTSELLER “A powerful and provocative testament to the diverse coalition of minds we’ll need to face the mounting challenges of the twenty-first century.” —Steve...

Owww, this is supposed to be exceptionally good. Though I have not read it myself.

I looked at the article you linked and found this early sentence amusing:

Those titles make it sound very general—like a book about the Bible and all its implications.
Anyone who has worked with critical theory/theories wouldn’t be so blythe in interpreting the title. I read: “Put your glasses and your thinking cap on. Get a pencil and sizeable eraser. This is going to be hard work. Have an extra vial of eyedrops handy.”

I’m not familiar with the author, but looking at his website and the books he’s written (https://christopherwatkin.com/mybooks/), he has at least engaged with the important French critics. However, looking at the sample of the book at Amazon, it seems like it will be readable to an serious undergraduate like you.

Thanks for mentioning the book. I’d like to at least look it over some more as well as some of his other titles.

I hope the three of you share well and enjoy lots of long, interestesting, thoughtful conversations as you work through it. Could be a great foundation to a summer HS course on philosophy and Christianity.