What is science (or how do you define it?)

Agnostics and theists, however, will place a non-zero value on the probability that God could act, and so when they weigh natural explanation hypotheses for an event against the miracle hypothesis, there may be some point at which the natural explanation becomes so improbable that they conclude (in the words of the author " When you have eliminated the impossible, whatever remains, however improbable, must be the truth. – Sir Arthur Conan Doyle, stated by Sherlock Holmes

Parsimony is a feature of methodological naturalism. If the evidence is consistent with a natural mechanism then a supernatural mechanism is not considered. Here is an interesting quote I have used elsewhere:

For, be it observed, the exception in limine to the evidence which we are about to consider, does not question that natural selection may not be able to do all that Mr. Darwin ascribes to it: it merely objects to his interpretation of the facts, because it maintains that these facts might equally well be ascribed to intelligent design. And so undoubtedly they might, if we were all childish enough to rush into a supernatural explanation whenever a natural explanation is found sufficient to account for the facts. Once admit the glaringly illogical principle that we may assume the operation of higher causes where the operation of lower ones is sufficient to explain the observed phenomena, and all our science and all our philosophy are scattered to the winds. For the law of logic which Sir William Hamilton called the law of parsimony—or the law which forbids us to assume the operation of higher causes when lower ones are found sufficient to explain the observed effects—this law constitutes the only logical barrier between science and superstition. For it is manifest that it is always possible to give a hypothetical explanation of any phenomenon whatever, by referring it immediately to the intelligence of some supernatural agent; so that the only difference between the logic of science and the logic of superstition consists in science recognising a validity in the law of parsimony which superstition disregards.
–George Romanes, “Scientific Evidences of Organic Evolution”, 1882
The Project Gutenberg eBook of The Scientific Evidences of Organic Evolution, by George J. Romanes, M.A., LL.D., F.R.S.

That quote is from 1882. Parsimony has been a part of modern science from its inception.

I note, however, that it’s not as clear as the Sherlock Homes quote suggests, because natural explanations are never “impossible”…they may just reach a threshold of being very very very very improbable. But what constitutes “improbable” in comparison to a miracle option will depend on one’s philosophy/worldview about god(s).

As us atheists have often mentioned, an amputee having their limb instantly restored would be quite compelling.

Good point about amputees. Keener has a chapter on this in his book. A fascinating case he draws from:

“In one medically documented case, what grew back was an organ far more complex than an arm or a leg. This is the account of thirty-six-year-old diesel mechanic Bruce Van Natta of Wisconsin.”

I googled him, and he has quite an amazing story, but actually does not involve a severed arm, but rather he claims a supernatural lengthening of his intestines after a crush injury. It would be interesting to actually see a case report from the medical perspective, and I would think there should be one somewhere, 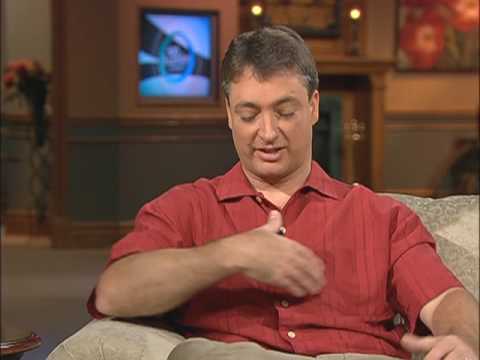 Keener has this reference for full documentation and discussion:

Joel Lantz, Bridges for Honest Skeptics, 3rd ed. (n.p.: Joel Lantz, 2016), 55–68, available at no cost at https://www.obooko.com/free-philos-ophy-books/bridges-for-est-skep-tics-lantz and other sites.

Quora post about his experience, which added a bit of detail, despite the awfulness of Quora at times, and he spent 2 months in the hospital, had 9 major surgeries, and had short gut syndrome due to his injuries, which improved with time. I am happy to say that his recovery was miraculous and possible through God’s power and grace in his provision of remarkable medical care, but it did not appear supernatural. And I cringe a little as I say that, as I think there are true supernatural (from our perspective) miracles.

I guess how this relates to original post topic, is that sometimes whether something is due to science or whether due to divine intervention is apparently not dependent on the facts and data, but rather the perspective.

I agree that M.N. can never consider a supernatural cause but wouldn’t peg this primarily on a reason of “parsimony” (although you are correct that parsimony is certainly a good overall principle in science). Personally my main problem with considering supernatural causes within the framework of M.N. is that one cannot generate falsifiable predictions from them.

“In one medically documented case, what grew back was an organ far more complex than an arm or a leg. This is the account of thirty-six-year-old diesel mechanic Bruce Van Natta of Wisconsin.”

Intestines can naturally grow in length. 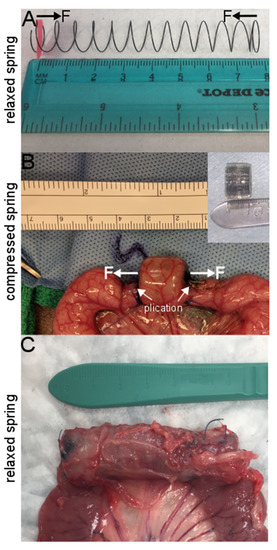 Biomechanical Force Prediction for Lengthening of Small Intestine during...

Distraction enterogenesis has been extensively studied as a potential treatment for short bowel syndrome, which is the most common form of intestinal failure. Different strategies including parenteral nutrition and surgical lengthening to manage...

Your intestines also grow with you during life. This is not the same as regrowing a limb.

Rational bases for belief for truth-seekers struggling with God's existence, involvement, and relevance. A compliation of factual accounts that provide evidence to honest skeptics that a personal God exists and acts today.

Personally my main problem with considering supernatural causes within the framework of M.N. is that one cannot generate falsifiable predictions from them.

As the immediate effect of a cause that may or may not be aware of its action, it could be that such things are by definition or intuition - unpredictable.

There is also an adaptive response, as the bowel improves in its ability to absorb nutrients, and also enlarges due to increased use. I have a friend whose child lost a lot their gut due to a volvulus (twist in the gut with resultant death of the compromised bowel) and they have gone from being totally dependent on IV nutrition to where they can absorb enough nutrients to manage without it and live a pretty normal life.

We do not see any Berean spiritual advisor leading the way in the above text… it indicates that all of those Bereans who heard the message of Paul went and read for themselves. The point is not that the Bereans were ignoring the writings of more learned individuals, but they clearly tested Pauls claims against previous knowledge to ensure its consistency and likely accuracy. We should do the same. The problem for TEism is that it bases its core doctrine on Darwinian theory…a theory where some of the most famous and well known proponents refuse God can play any part in the interpretation which forms their world view! That is an absurd position to take…the Bereans immediately take issue on this part, let alone what comes after.