What are you working on?

I’m jerryrigging in my head. A la MacGyver. It’s part of a mom’s job. Then we take these skills on the road.

And eggplant also. There are some poisonous members of the family such as belladonna. Actually, there was a time when people wouldn’t eat tomatoes because the leaves are poisonous!

I believe if you enlarged the “f-holes” to the size of removing the face of the violin, there will be a difference to the sound playing the same note.

If you remove the belly of the violin, what you call the face, you wouldn’t be able to play it! Seriously, where is the bridge going to sit?

Most of what you say makes little or no sense to me, so I think you might want to look up quality information, or better yet, ask your librarian for help in finding accurate info.

But let’s bring some theology into this musical discussion:

The interval of an augmented fourth (a.k.a. the “tritone”) is called the Devil in Music (diabolus in musica) because it is so difficult to sing. An example would be the interval C-F# . So you don’t usually want it in part writing.

But composers sometimes use this grating interval when referring to something diabolical. An example is the “Danse Macabre” by French composer Camille Saint-Saëns, where the devil tunes his violin in augmented fourths. Listen here. You’ll hear the devil’s awful sound start at about 26 seconds into the piece.

We slice ours now.

Have you looked at rareseeds? It’s by baker creek heirloom seeds. They have tons of stuff.

This is just the tomatoes.
https://www.rareseeds.com/catalogsearch/result/?q=Tomatoes

Also the “ All Things Plants” podcast has a few episodes on tomatoes. 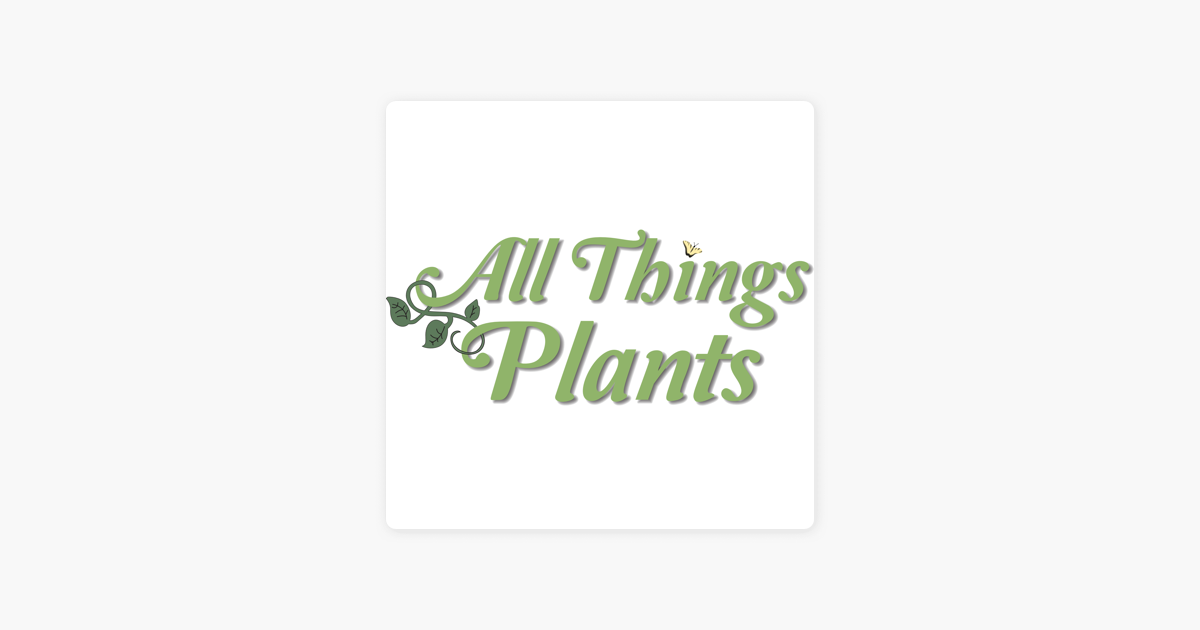 There is also the highly recommended victory seeds company.

This is Stefani Hicks seed savers. She’s on a much smaller level and son she sells out fast and it takes time to recollect them.

Seed Mail is an heirloom seed company that carries all sorts of seed varieties, from garden staples, to uncommon and rare edibles. Each package is packaged with care and sometimes extra goodies, and delivered right to your doorstep.

@SkovandOfMitaze and @jpm , are you familiar with seed libraries? Some are fairly casual, run through public libraries without the oversight of a biologist.
As the libguide from the MSU library points out,they don’t expect the seeds to be returned at the end of the season.

nd eggplant also. There are some poisonous members of the family such as belladonna. Actually, there was a time when people wouldn’t beat tomatoes because the leaves are poisonous!

Economists are reporting problems getting chemicals, fertilizers, and such worldwide and expect much won’t be planted this season and scarcity this fall likely causing food rationing.

This makes the 5th year in a row of global crop losses due to weather, too much or too little, and some locus problems.

This is a good time for all of us to learn to grow a little something, even indoors.

Maybe highlight some plants that are perennial and hard to kill, grin.

In your understanding, what creates the overtone? The difference between a piano and a violin playing the same note if not in the structure of the instument?

I have a wonderful resource for you: The Harvard Dictionary of Music.

It’s more like an encyclopedia with many scholarly articles, well-written and comprehensive. It’s rather expensive, but you could probably find a used copy. Maybe your library has it.

I have a wonderful resource for you: The Harvard Dictionary of Music.

That’s a nice response, thank you.

That’s a nice response, thank you.

I will try to dig up my copy and make sure there is a discussion on overtones, etc.

The interval of an augmented fourth (a.k.a. the “tritone”) … is so difficult to sing. An example would be the interval C-F# . So you don’t usually want it in part writing.

It does occasionally appear in singable tunes. Two example:

Some interesting discussions here. Since I raised this question, I thought I’d share a little bit about one of the things that I’m working on.

It’s actually something that came out of my discussions about creation and evolution, and the research that I did for my analysis of Answers in Genesis’s “ten best evidences for a young earth.” One question that I’ve been considering right from the outset has been what standards scientific evidence has to meet. Accurate and honest weights and measures are one example; peer review and reproducibility are another. But there are also all sorts of interesting disciplines and habits that scientists develop that are well worth discussing.

One such example is keeping laboratory notes. This is something that leapt out at me when I was reading Kevin Henke’s review on Talk Origins of the RATE project’s claims about helium diffusion in zircons. He said this:

If Dr. Humphreys and R. V. Gentry did not have R. V. Gentry’s original calculations or laboratory notes, how do they know after more than 20 years that typographic errors had been made in Gentry et al. (1982a)? Was R. V. Gentry simply admitting to the possibility of “typographic errors” to help his friend, Dr. Humphreys, and the RATE project? Also, why were the Q values affected by the “typographic errors”, but not the associated Q/Q0 values? How is this mathematically possible? Correcting errors in previous manuscripts is certainly honorable. However, authors should not agree to any “corrections” unless they can first review their original laboratory notes and confirm that copying, analytical or other errors were indeed made. In other words, scientists should not admit to making mistakes before seeing the evidence.

Finally, the lack of documentation from Dr. Humphreys to justify changes in the published data of Gentry et al. (1982a) would never be tolerated in authentic scientific journals. Any editor or peer-reviewer of a legitimate scientific journal would demand a thorough and complete explanation of why these changes are justified before any revisions would be allowed to appear in their journals. Competent editors and reviewers would also insist that if the original laboratory notes had been lost that the results be discarded and the analyses redone.

When I read these two paragraphs, my first thought was, why am I not doing that in my own job? Keeping lab notes is a discipline that is second nature to every professional scientist, but that is rare in the software development world. Many programmers view the Agile Manifesto almost as a religion, and the Agile Manifesto tells us that we should favour “working software over comprehensive documentation.” But there have been numerous times throughout my career when I’ve looked at some code and wondered why it was written the way it was, only to find that the person who wrote it has long since left the company, and the only thing to explain it is a comment in source control saying something meaningless such as “A bit more refactoring.” Sometimes, the person making such an idle comment has been none other than myself.

Ever since then I’ve been keeping pretty comprehensive lab notes about the code that I write. When I first started, I wrote a couple of blog posts about the practice:

I’ve recently been getting into various discussions about science and faith with friends at church and on Facebook, and one of the things I’ve been doing is explaining to them exactly h…

How to keep lab notes as a software developer

My decision to start keeping lab notes, research scientist style, in my work a couple of months ago has started to pay off. By constantly writing down everything I do, when I run into trouble with …

When I first started up this discipline, I used Microsoft Word for it, but for the past two years or so I’ve been using Confluence. More recently, I’ve been asking the question: what would an electronic lab notebook look like if it were designed by software engineers, for software engineers? About three weeks ago, I started up a side project in my spare time to explore this idea and to see what I could come up with. It’s still very much “me-ware” and only in the very early stages, so I don’t have much to show for it yet, but I do have a few interesting ideas knocking around in the back of my mind, and it will be interesting to see where it ends up.

It does occasionally appear in singable tunes. Two example:

True, but that doesn’t change what I said.

As a songwriter and hymnwiter, I have occasionally made passing reference to modern science in psalm and scripture paraphrases. And I’ve written one hymn/song which is specifically deeply grounded simultaneously in both scripture and modern science. But there really isn’t much that simply refers to modern science without falling into the trap of getting cheesy or preachy about it!

I’m trying to prepare a resource list of items I have encountered.

I wasn’t trying to change what you said!

Here’s one for you:

Lord of cable, Lord of rail,
Lord of freeway and of mail,
Lord of rocket and of flight,
Lord of soaring satellite,
Lord of lightning’s flashing line:
all the world of speed is thine.

Lord of science, Lord of art,
Lord of map and graph and chart,
Lord of physics and research,
Word of Bible, Faith of church,
Lord of sequence and design:
all the world of truth is thine.

God whose glory fills the earth,
gave the universe its birth,
loosed the Christ with Easter’s might,
saves the world from evil’s blight,
claims us all by grace divine:
all the world of love is thine. 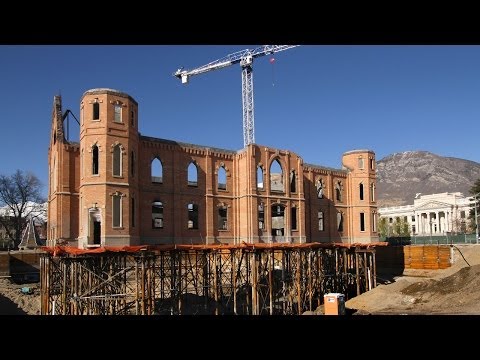 Some churches are science-friendly.

From the Eucharistic prayer C in the Book of Common Prayer:

“God of all power, Ruler of the Universe,
you are worthy of glory and praise.
Glory to you for ever and ever.
At your command all things came to be:
the vast expanse of interstellar space,
galaxies, suns, the planets in their courses,
and this fragile earth, our island home.
By your will they were created and have their being.”

The BCP also has a prayer for those who travel in space.

“For those who travel on land, on water, or in the air, or through outer space, let us pray to the Lord.”

We have scientists, doctors, and nurses in our stained glass windows. And probably in our wood carvings also. And the Washington National Cathedral has a Space Window that actually has a piece of moon rock in it! How cool is that?