The Color of Christ

How is it that in America the image of Jesus Christ has been used both to justify the atrocities of white supremacy and to inspire the righteousness of civil... 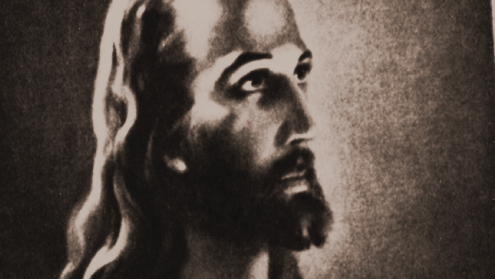 'Color Of Christ': A Story Of Race And Religion In America

What did Jesus look like? In their new book, The Color of Christ, Edward J. Blum and Paul Harvey explore how different groups have claimed Jesus as their own — and how depictions of Jesus have both inspired civil rights crusades, and been used to...

The Color of Christ: The Son of God and the Saga of Race in America was published a while ago, but it is still great and very relevant to read. An audio version, which I listened to, is available too. I do not have a print version to review, so I just posted an interview with the book authors.

The book is a cultural-religious history of the many different American Christian conceptions of Christ’s skin color and physical appearance and the evolution of these views. One thing that sticks out to me is that white American Christians did not originally conceive Jesus as a white man. After Puritan iconoclasm fell in popularity and America gained nationhood, they constructed that image to help define American national identity. Today, the image of a white Christ is still widely used (like a painting in my Vietnamese grandmother’s house), but I wonder if or when it will change some day.

I remember reading a 2002 article from Popular Mechanics about anthropologists studying Galilean skulls to imagine what Jesus may have looked like. The result is startlingly different to popular American depictions of Christ. However, that investigation happened a long time ago, and not much in American popular culture seem to have changed since then.

The Real Face of Jesus

Advances in forensic science reveal the most famous face in history.

Thanks for the rec, looks really interesting!

he was probably a really tan Jewish looking person

“Malibu Jesus” has blond hair and blue eyes. And speaks English, of course.

It kind of makes me think of the comedy movie with Will Ferrell where he keeps saying dear baby Jesus lol.

Admittedly, after I watched The Gospel According Saint Matthew, I sometimes can’t help but picture a Spaniard when I imagine Jesus because the Spanish actor Enrique Irazoqui looks attractive to me (I know, my bias ha).

Jesus probably does not look like him, but the Italian director Pier Paolo Pasolini’s depiction culturally interests me. I think it is partly the way Pasolini made his film that still fascinates movie critics, both religious and secular ones, to this day.

I always found the blond blue Anglo Saxon depictions to be particularly silly. Though I don’t particularly appreciate the rather dumbfounded look they put on this recreation. Whose skull did they actually use? Barabbas? LOL

I’ve always just assumed he was probably a really tan Jewish looking person. Much like Jewish men of today

Probably looked like any dark Mediterranean Jew (or Arab). He was probably tanned and wrinkled from spending so much time in the sun, and very lean.

I always found the blond blue Anglo Saxon depictions to be particularly silly. Though I don’t particularly appreciate the rather dumbfounded look they put on this recreation. Whose skull did they actually use?

They used ancient skulls from Israel, as I recall. The dumbfounded look? I agree. He looked like he was stoned or lobotomized. Or both.

He was doubtless very non-descript and average, as they had to pay Judas to point him out for the authorities.

Isaiah 53:2-3
New American Standard Bible
2 For He grew up before Him like a tender shoot,
And like a root out of parched ground;
He has no stately form or majesty
That we should look upon Him,
Nor appearance that we should be attracted to Him
3 He was despised and forsaken of men,
A man of sorrows and acquainted with [d]grief;
And like one from whom men hide their face
He was despised, and we did not esteem Him.

This is not a description of Jesus but of Israel.

There has been many many migrations and mixing in the Middle East just as is the case with Europe. The dna tells the story.

The Biblical Joseph mummy has been found in Egypt and he was Caucasian tall with red hair.

The Buddha was said to be tall with blue eyes related to the indo Europeans that originated from the caucuses.

The prophet Muhammad is said to have red hair and fair skin.

Blue eye genes that had originated in the caucuses about 10000 years ago are found in Isreal dating back to 6500 years ago.

The Hyksos that invaded Egypt at about the time of Joseph were likely related to these Caucasian proto Europeans that had domesticated horses and developed the chariots for battle. The Semitic line is from the caucuses likely related to the Hyksos and genetically to the proto Europeans. Abraham came from Ur in what is now Sanilurfa Turkey right by Harran that he went to described in the Bible.

Many Sumerian statues of kings have blue eyes indicating again a connection to these proto indo Europeans.

Persian or Iranians are also very related to these indo europeans in fact the name Iran is derived from the aryans which is essentially the proto Europeans.

Noah was said to be born glowing white and his father lamech thought he was the offspring from the fallen sons of God described in Genesis.

Reich does a great job of tracking these indo Europeans dna migrations that traveled both east into Asia and west into Europe starting about 5000 years ago.

This is not a description of Jesus but of Israel.

That is a matter of interpretation. I can see a prophecy of Messiah in Isaiah 53:2-3.

I would have to disagree to not think it’s about Christ. The verses following it, which is continuing it, talks about Christ being crucified for our sins and so on.

Definitely because following those verses it mentions no deceit will be found in his mouth, and he will be crucified for us, and will be silent while lead to slaughter which ties into what Jesus did. He was silent in the face of Pontus and crucified and so on. It’s also mirroring the opposite of Saul.

The people wanted a king and so they picked Saul who was y’all and handsome. He embodied the physical attractiveness of a leader. Then when you come to Christ he was the opposite. The people did not want him as king. He was not the physical embodiment of looking like a leader.

Both of those themselves tie back to the tree of good and bad story. The fruit looked good but was not good. It’s all about people trying to decide what goodness should look like. God says it’s from the heart. The people said it’s in the “face” type mentality.

The Biblical Joseph mummy has been found in Egypt and he was Caucasian tall with red hair.

I question this as well as your other claims. For one thing, Jews did not make mummies of their dead. Where are you getting all this from?

Let me be clear I am really not at all concerned with the color of Jesus Christ or any of these other prophets. Their authority message and teachings are important. These connections aren’t generally taught in Sunday School!

I am just interested in making sense defining the human history and tracking the lineage of the Bible and these other cultures which the line of Noah who is said to land on mt Ararat in the Caucuses. These video detail the Hyksos rule of Egypt their relation to the Hebrews and Joseph and in that context eventually Moses.

A Mysterious Mummy in Cairo: The Surprising True Identity of Joseph with the...

Who was the king who appointed Joseph, of the legendary coat of many colors, as his minister? And during which period of Egyptian history did he live?

In his book Stranger in the Valley of the Kings Ahmed Osman concludes that Yuya and the biblical person must have been one and the same persons, based on the following observations (see also my book Thera and the Exodus): • Yuya was an official who...

I was a bit surprised about all of this but it’s amazing as Yuya was related to Akhenaten and king tut. Akhenaten tried to bring Egypt to worship just one God which didn’t make the Egyptian priests happy. Around this time Moses leads the Hebrews out of Egypt and to worship the one God.

Well, ancient-origins.net does not seem like a reliable web site. Where is the scholarship to back up these claims? There are better tools available for tracing human migrations.