"I don't have to quarantine after travel because God told me so..."

I have a friend who recently traveled via plane to a Christian conference in Orlando, FL. Apparently, there were at least 3-5 coughing people on the plane but with face masks and >2 rows separating, they are confident they didn’t get it there. They could be right as the world record on a plane that I’m personally aware of is 15 cases from a single patient in the pre-face mask era but they didn’t infect too many rows beyond them (the index case is in red in business class and orange cases are those infected by them during the flight):

At the conference they waited for hours in line before going in to the event. Here is a video recap of the event:

From my understanding, the facemask usage was pretty low and spacing was pretty bad in many spots though okay in some. When I said something they replied, “ah many of the people here probably already got it since they don’t take any health precautions.”

So then they came back and are looking to go see family right away (parents >65 and a grandmother >90).

Of course here are the CDC’s recommendations after traveling: 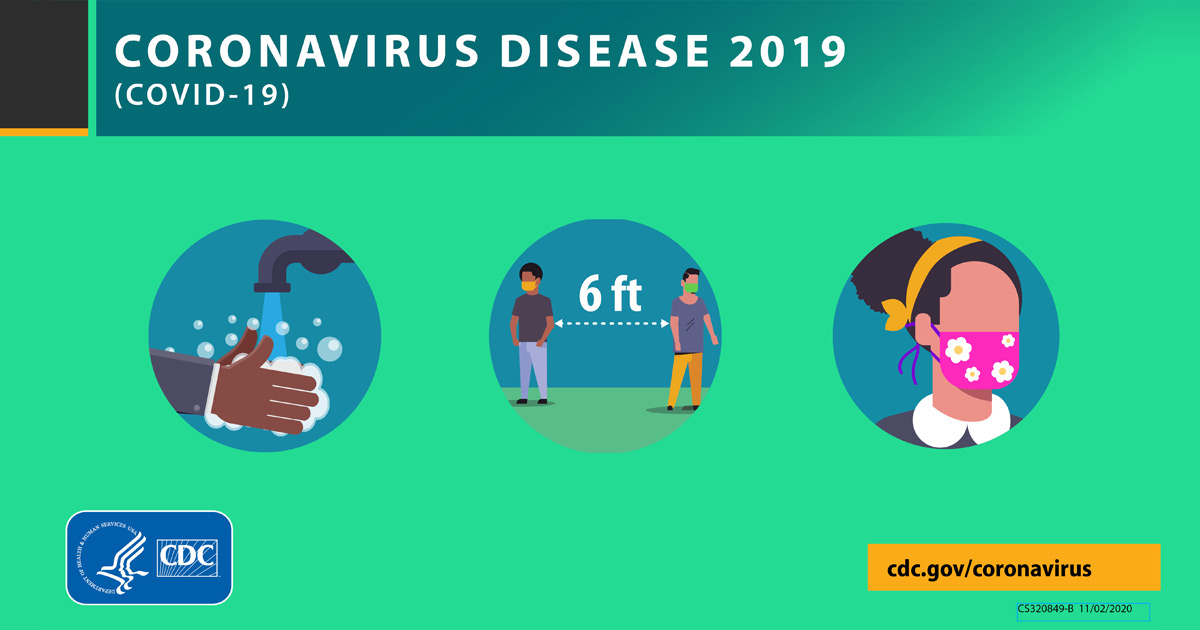 COVID-19 and Your Health

Get information about symptoms, testing, what to do if sick, daily activities, and more.

But then… God told them they weren’t going to get sick. They got really mad at me when I still suggested that maybe they reconsider traveling because it’s basically me, the “science and facts” guy, vs. God. And disobeying God isn’t anything they want to do anytime soon.

What are your thoughts, either to say to them or just about the situation in general?

My first reaction is sadness. (And even damp eyes. This is not a good year for not weeping during news broadcasts.)

Ventilation is good on planes, but not while waiting in lines. I was reminded this past week about how far away from the source you can smell aerosolized cigarette smoke (what other kind is there?) – literally hundreds of feet, sometimes.

And disobeying God isn’t anything they want to do anytime soon.

They are clueless as to how unloving of others and even of themselves they are being. That is not loving God.

What a hopeless situation. There’s nothing you can say. If they were my sibs and threatening our elders, I would first try and get the elders to protect themselves, forbid contact, starting with the parents. Here we could easily invoke the police. If priming the elders didn’t work, I wouldn’t hesitate to call them. And I’d tell all concerned that. They can all hate me.

If they were just friends, I’d tell them I had to notify the authorities, no discussion, and do it next call. In the UK I would expect the police to act and tell me when. Or I’d go to the press.

You must be able to do that in most of the US?

It would probably vary widely.

I suspected as much. In metropolitan districts north of the Mason-Dixon surely? With a void between Chicago and. L.A.?

They are clueless as to how unloving of others and even of themselves they are being.

Well good news on the first front, they cancelled their trip to their parents and might see a brother and their two young kids instead. I might not like it but hey I will consider that a win in my book.

They can all hate me.

I appreciate your genuine concern for the well-being of others despite their ignorance and stubbornness.

My take is that it would depend more on the localized severity of COVID, local or state mask mandates or not and individuals’ personal intersections with the disease.

This ain’t Kansas Toto! Thank God. I expect Joe to get more federal on their… ‘donkey’ in a few weeks.

There is also more diversity within states than there used to be. My younger son just moved to North Carolina this last summer, but where he is in the state is kind of a more cosmopolitan and technology area, and his county is doing better than some with following the state mask mandate.

I would just quote Bill Burr from SNL to them xd.

I guess it depends on how much of a friend they are how how much you want to reply regardless.

I don’t believe God spoke to them. I think they are lying. If God spoke to them, then just like throughout scripture there would be a prophecy concerning it or either they would have a sign to show for it.

Ultimately they are probably going to do whatever they want regardless of how much time you spend talking to them. I think no matter what they are going to visit their friends and family . They may or may not have it. Maybe they will chang their mind but I imagine if you spent 3 minutes, or 30 hours debating and taking with them it won’t change their mind.

America has so much but I do not envy her. Her best is as good as it gets. I fear for her and us all less since November…

But then… God told them they weren’t going to get sick. They got really mad at me when I still suggested that maybe they reconsider traveling because it’s basically me, the “science and facts” guy, vs. God. And disobeying God isn’t anything they want to do anytime soon.

Take your pick of these Bible verses:

What Does the Bible Say About Arrogance?

Hey - watch it there, buster! A few of us do hail from the fly-over, sunflower state; as red as it may presently be … and, well - okay … your prayers are appreciated!

The President just beat me to it on the CBS year review! God bless America.

… and with what that guy is skiing in, he doesn’t have to worry about waxing his skis.

Lowering the tone further if I may.