If anyone could pull that off, I bet it would be Him.

They think, from their own experience, that He probably rested for six and then pulled an all-nighter.

Ahhh…I was sure tempted that way sometimes in undergrad!

Indeed. For those who insist on reading Genesis entirely literally, I always say, yes, God could have done it that way, but did He, and why would He hide all the evidence that He did? But, He could have done it all in the blink of an eye if He wanted.

was sure tempted that way sometimes in undergrad!

Well … I wasn’t there but … though it may have crossed his mind … perhaps he didn’t actually ever inhale?

Had a few all nighters in college, Now, all all nighter means I slept all night without having to get up to pee.

In other words an impossible, magical happening we’ll never see in our lifetimes.

In other words an impossible, magical happening we’ll never see in our lifetimes.

Something you can depend on.

I never had it quite this together. I had a few 7 straight days plus a few half nighters, and one all nighter. Finishing those papers on a typewriter after writing the draft out longhand! Whew.

What, do you mean it would be a miracle to be able to pull an all-nighter at our age (assuming we are all at least a little old) or sleeping through the night without having to take a pee?

They think, from their own experience, that He probably rested for six and then pulled an all-nighter.

Ahhh…I was sure tempted that way sometimes in undergrad!

This was essentially my first year as an undergrad…

Our family, yesterday morning:
Sister, angrily to brother: “Don’t…say… a… word!”
Brother: “Word!”
Mom to Dad: “Uh, oh!”
We were cracking up. It is one for the family book. I’m sure you all have had similar stories.

The latter. If I make it four hours without a a trip to the loo I chalk it up to divine intervention. But to go 8 hours would be a flat out miracle.

The latter. If I make it four hours without a a trip to the loo I chalk it up to divine intervention. But to go 8 hours would be a flat out miracle.

Don’t press your luck. Remember the flood of Noah, when the fountains of the deep burst open.

One day a group of scientists got together and decided that man had come a long way and no longer needed God. So they picked one scientist to go and tell God that they were done with Him.

The scientist walked up to God and said, “God, we’ve decided that we no longer need you. We’re to the point that we can clone people and do many miraculous things, so why don’t you just go on and get lost.”

God listened very patiently and kindly to the man and after the scientist was done talking, God said, “Very well, how about this, let’s say we have a man-making contest.”

But God added, “Now, we’re going to do this just like I did back in the old days with Adam.”

The scientist said, “Sure, no problem” and bent down and grabbed himself a handful of dirt. 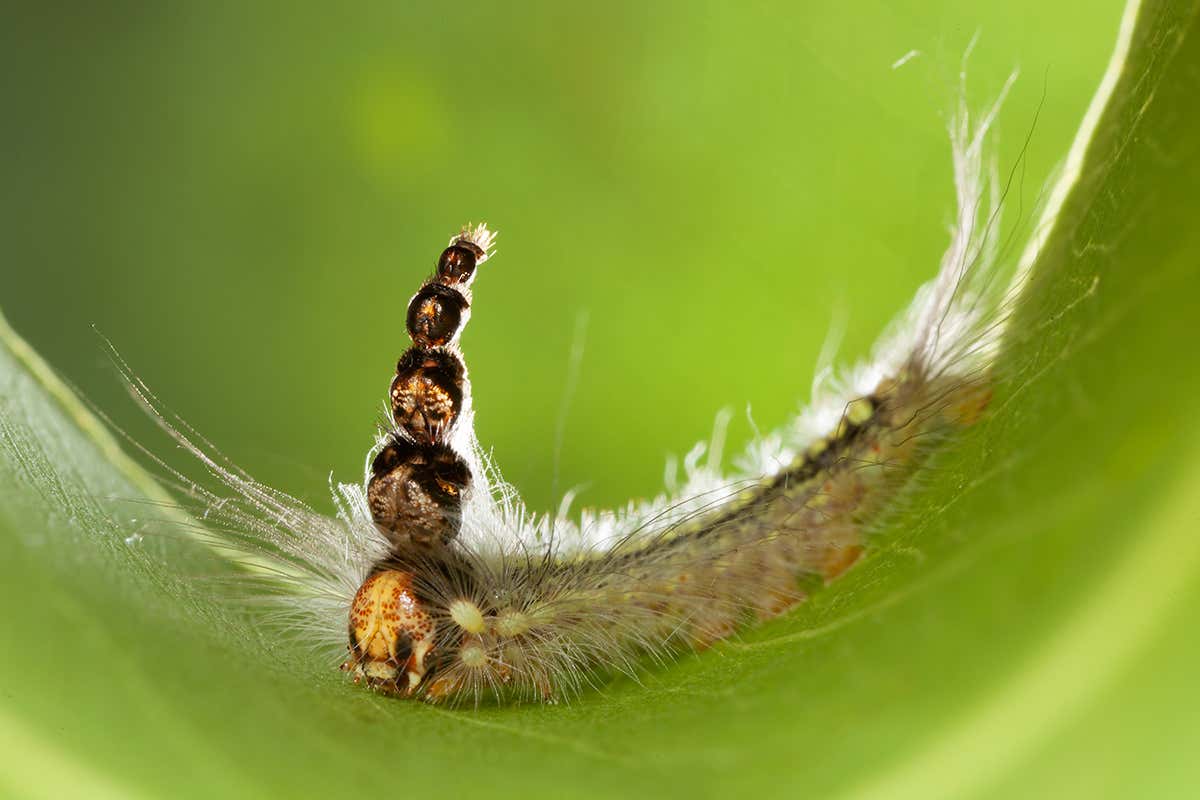 Meet the mad hatterpillar, the invertebrate that keeps its old moulted heads attached to its body to make a beautifully bizarre headpiece

I guess you could say they had plenty of chemistry…