What are your thoughts of DNA tracing?

[cut and pasted content removed by moderator for copyright reasons. You may not “republish” articles here.]

“This shows this is actually a scientifically workable model,” Jeanson said. “It leads to new discoveries about the world. This is the way forward in terms of doing science itself and is a testament to what the scripture says is true. In this particular example, it was the biblical framework that provided the context to make these discoveries.”

Have you guys actually read the book?

And what is the pseudoscientific critique of this please?

Because the Y chromosome changes (mutates) every generation

Uhhh? Point of order, please. Correct me if I’m wrong, but in the typical human, there are 23 pairs of chromosomes, for a total of 46 chromosomes. The Y-chromome tends to be gender-specific, so in the “23rd pair”, one is a Y and the other is an X. [In a female, both are Xs.]

What say ye, @glipsnort ? Aren’t you piddling around in DNA matters nowadays? or do I have the wrong person in mind?

What are your thoughts of DNA tracing?

The accuracy of testing for ancestry using DNA is very high. From it we can find how closely we are related to other living organisms as well as different hominid groups which existed in the past from DNA samples we have found.

Since we have no DNA for people talked about in the Bible this cannot be used in their case at all.

The genetic evidence and linguistic evidence certainly shows a migration of all people out of Africa starting around 100,000 years ago.

when enslaved to theology what you have is pseudoscientific rhetoric not scientific evidence.

However studies of the genome has certainly established that evolution is true beyond any rational doubt.

You’re both right. The Y chromosome (like all germline DNA) is very stable and is passed to the next generation largely as an identical copy. But the copy is rarely perfect; the differences between generations are what we call mutations. Single-base substitutions occur more commonly in the Y chromosome than in the X or the 22 non-sex chromosomes (because the Y spends all its time in males, and males are pretty careless with their DNA) but only by roughly a factor of two. So the Y chromosome in a baby typically has ~2 bases different than the Y in his father, out of 60 million base pairs in the chromosome.

Joel Duff, is a professor of biology at the University of Akron. He often writes about science and faith issues. His blog is The natural Historian

How many of the early disciples were scientists?

Does this provide you with some list of approved professions.

I hope you don’t mean to imply that there is anything wrong with these professions.

To add to the critique by Joel Duff, add

All three of these reviewers are currently practicing scientists.

Here are my own comments copied from another forum:

Aside from Jeanson’s choose your own adventure methodology of migration studies, and assumption of a fixation rate that implies every male child in history has, without exception, in turn sired another male child, Dan’s review highlighted a show stopper. Where does Neanderthal fit in? We can add the Denisovans as well.

Neanderthals were a group of humans, descended from Adam and Eve, who lived in the harsh post-Flood world. Archaeology confirms they made instruments, make-up, jewelry, weapons, and ritually buried their dead. Many humans today share DNA with Neanderthals. This fully human lineage died out sometime after the Flood.

Answers in Genesis - Humans Only 1.5% Different from Neanderthals and Denisovans?

These post-flood peoples are descendants of Adam and Eve (and of Noah and his family), made in God’s image, and therefore fully human.

By Y chromosome studies, both Neanderthals and Denisovans have divergence times far earlier than any haplogroups.

It is not possible that Noah’s sibling children or more distant offspring include modern human, Neanderthal, and Denisovan Y chromosomes, but do let us try. Indulge the identification of haplogroup divergence with individuals. Imagine that Shem, Ham, and Japheth between them represent these three lineages, or in more mainstream terms - three human species. The immediate collapse of this idea lies in that the Bible itself already assigns nationalities to descendants of the three sons, and as Jeanson and numerous others have laid out, these correspond to populations with familiar haplogroups. There are no sons to spare. So it is not possible to get from Noah to Neanderthal and Denisovan Y chromosomes, and even if it were, it is not possible to reconcile the Biblical genealogies with their presence in post flood populations. In contrast, the genetic evidence all aligns comfortably with the evolutionary time scale and conventional description of human dispersal.

For the most part, AiG has in the past simply acknowledged Neanderthals and Denisovans as descended from Noah while avoiding any discussion of the genetic challenge posed. With the publication of Traced, we can now thank Jeanson for making this omission explicit and overt as the mammoth in the room. The post flood existence of the Neanderthals and Denisovans is incompatible not just with Jeanson’s exposition of genetic history, but any conceivable YEC harmonization which places a bottleneck at the three sons of one couple 4500 years ago. This is bound to be noticed, and it may be the unintended consequence that Jeanson has lobbed a grenade into his own enterprise.

How many of the early disciples were scientists?

I thought you were the one who wanted to talk about science!

I appreciate that Jeanson’s book, like his hair, is trying to point up to our Creator. But the book’s publicity undermines this by pointing the other way, hailing Jeanson as the discoverer of a new Rosetta Stone, the amazing scientist who would put all others to shame – if only they’d read his book.

There’s an upside to this. As the critiques come in, they focus on the blunders of the self-impressed author who has made such a target of himself with little firepower aimed higher. So perhaps the wider damage caused by the book will be as limited as its successes. 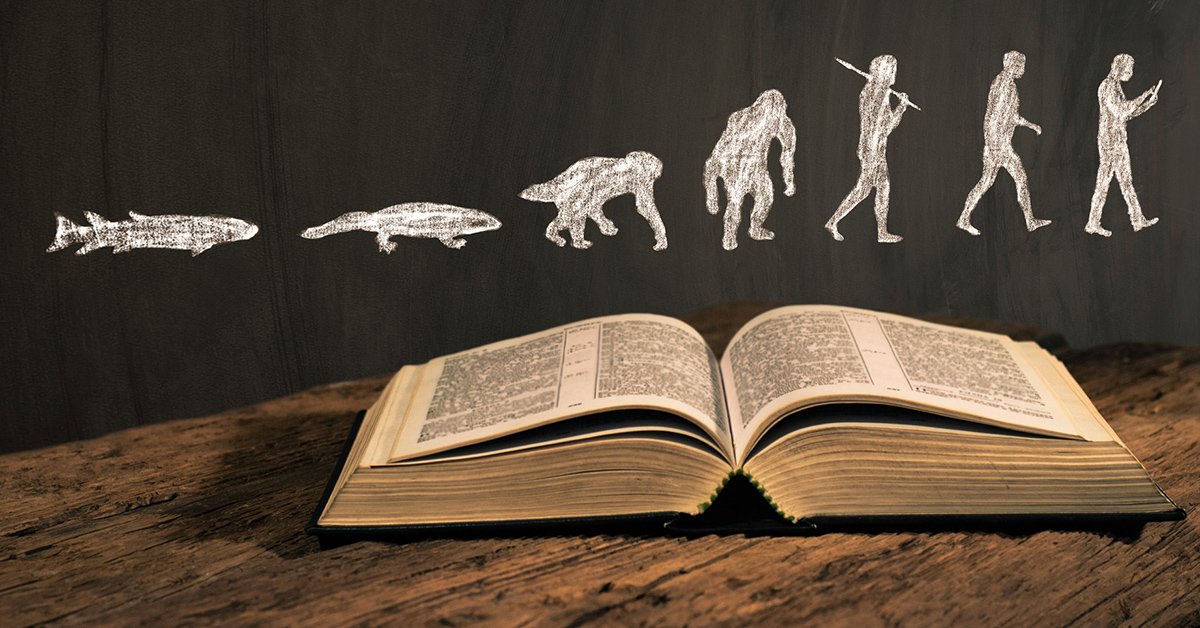 We recently broke the news, via video, of professional misconduct on the part of one of our leading evolutionary opponents. Here, we document the news in print.

In the realm of science, dishonesty is the cardinal sin.

When I was an undergraduate, my lab supervisor made me aware of a very public example of scientific misconduct. We had just attended a major plant research conference, and one of the lead researchers there had been caught falsifying data. He had done an experiment, and then claimed to have repeated it. Instead, the “repeat” was simply his original data rearranged. To most outsiders, this would seem rather minor. In the realm of science, dishonesty is the cardinal sin. Imagine what would happen if a potential treatment for cancer was based on falsified results. Life and death hang in the balance. My lab supervisor told me that the prominent researcher’s error—in plant research, not human medical research—would prevent the researcher from obtaining a university research position for the rest of his life.

Sadly, in the “Authors’ contributions” section of the paper by Duff and colleagues, the error appears to have been shared: “All authors read and approved the final manuscript.”34 Furthermore, none of the peer reviewers appears to have caught this misrepresentation. It would be fair to ask if the many criticisms that Duff levied at process of YEC peer review (see above) don’t, in fact, apply more readily to mainstream publications than to YEC ones.

To be clear, this report is not a personal attack on any of the authors. The conclusions that I’ve reached on their actions come from the data that they’ve presented—and omitted—in their paper. This critique is not personal but professional. Professionally, Duff is one of the leading—if not the leading—voice of opposition to the concept of speciation within kinds. I am simply holding him and his coauthors to the standard of science that they profess, and which the rest of the scientific community endorses.

Why do so many professional scientists reject creation science? Sadly, not only do many appear to be ignorant of what creationists claim, some also appear to deliberately misrepresent creationists when it suits their purposes—in this case, the conversion of YEC students from rejection to acceptance of evolution.

The word tells us they walked by the faith.

Why do so many professional scientists reject creation science? Sadly, not only do many appear to be ignorant of what creationists claim, some also appear to deliberately misrepresent creationists when it suits their purposes—in this case, the conversion of YEC students from rejection to acceptance of evolution.

Actually, creationism is rejected because the science is so bad.

So the Y chromosome in a baby typically has ~2 bases different than the Y in his father, out of 60 million base pairs in the chromosome.

He’s descended from Joktan - an Arab or an Amerindian - in 550 generations. as we know what Joktan’s Y chromosome DNA profile is, obviously, they are only 1100 base pairs different. And that’s a fact.

Actually, creationism is rejected because the science is so bad.

So the early disciples went by science other than the faith?

Who is the author and giver of the faith?