Germ theory denialism on the rise

Earlier this week I read this article that had been posted by a friend on social media about the rise of germ theory denialism (also called terrain model). I didn’t know it was a thing, but in the last two days I’ve seen it referenced multiple times, so I guess the science inclined among us should now be ready to explain to people that germs really exist and cause diseases. (Disclaimer: the tone of this article is not exactly gracious, I’m sure we can do a little better here.)

I wonder how they reshape history like the whole “guns and germs” combined warfare from colonizers and so on. I guess I can’t ever be surprised anymore.

Disappointing to find out but far from surprising. Young earth, flat earth, climate change denial, personal googling online replacing acceptance of medical expertise and so now germ theory turns out to be but one more conspiracy foisted on us by evil doing overlords? And yet people question that human beings can have arisen by common descent. Why? We may have the capacity for greater intellect but that doesn’t mean many of us are achieving it.

I’m going to have to rethink my go-to “germ theory isn’t in the Bible, but we still believe it” response to people who seem to think that all truth is found in the Bible. I guess we can’t even count on that as common ground anymore.

Is it possible that people are holding to these ideas less because they are convinced by them and more because it is in vogue to go against established dogma? Not that germ theory is dogma, of course, but this all seems to be part of some greater cultural acceptance of challenging norms, whatever they may be.

I agree with you.

People can believe all manner of bat… excrement crazy. Just as long as they comply with the law. That includes progressives.

It was the people bottling and selling creek water that hadn’t been treated. “Healthy probiotics”

This is a Daily Show clip that interviewed the guy making it popular and a scientist. (It has a few swear words and some blurred out nudists.) I think the fad died out. 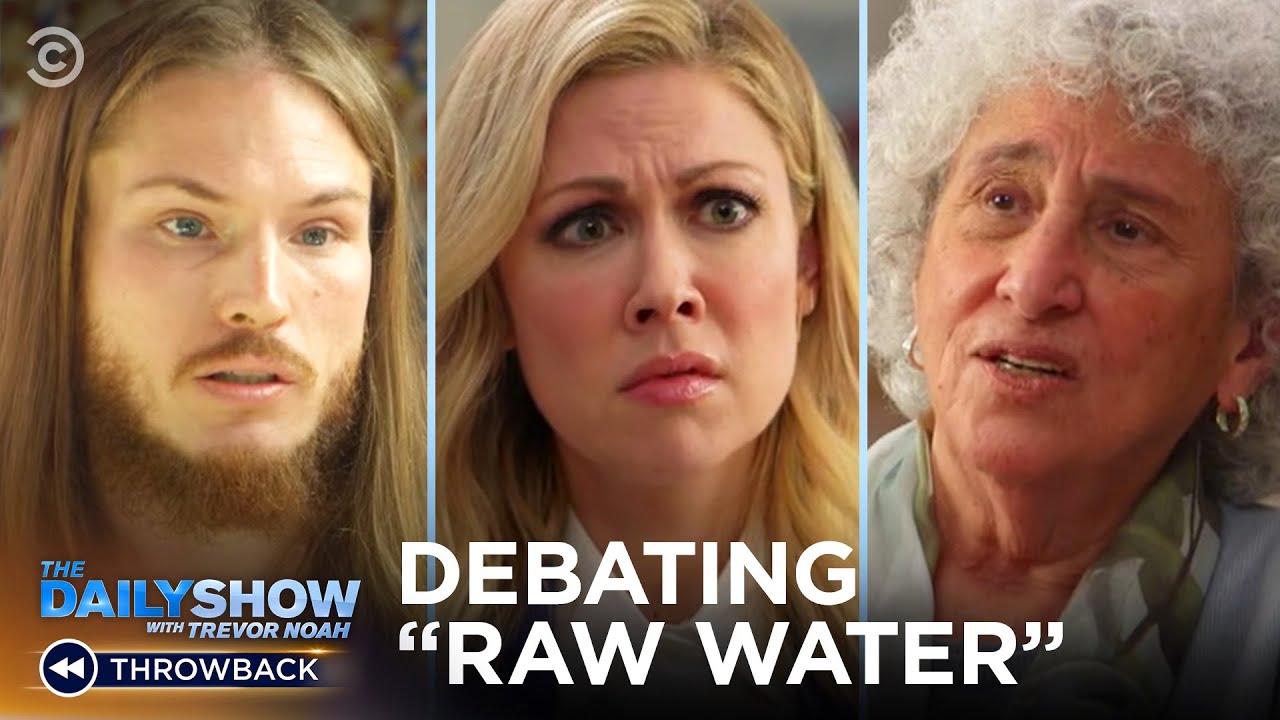 this all seems to be part of some greater cultural acceptance of challenging norms, whatever they may be

I often wonder, is this happening because people actually correctly discern that they are constantly lied to? That marketing and politics make industries out of lying (or at the very least of deliberately manipulating people’s thoughts, for selfish reasons), and the media sits as a nexus for both. People know this, and so they just throw up their hands and give up even trying to discern truth from lies. Once you abandon all hope of truth, you’re pretty much left with selecting the most entertaining belief system to subscribe to.

There is a little glimmer of hope, though. I think maybe the younger generations recognise the folly of this. See: birds aren’t real.

This would have killed on the humor thread. Excellent.

There is a little glimmer of hope, though. I think maybe the younger generations recognise the folly of this. See: birds aren’t real.

Well, I never knew well water was considered potentially unsafe. I grew up drinking well water my whole life until like 4 years ago. Never bothered to look it up. I also have probably drank from dozens of rivers and luckily I guess never got sick. I’ve never drank city water though from the faucet. Everyone I knew that worked at the various water treatment centers always say they won’t ever drink it and so I never have. But none of it never had anything particular to do with some kind of conspiracy thing. The well water was just what was available as a kid. Was not hooked up to the city water my entire childhood until I moved into the place I live now.

I do wonder how it affects gut biomes though considering that until recently in our history it was from rivers and wells and there are still some tribes and villages throughout the world that drinks from them still.

The guy in the video though is obviously a nut case though.

Haha, it’s a thing, google it. The government replaced all birds with spy drones disguised as birds. It’s satire, although of course, the people behind it claim it’s not.

Yeah, someone else shared that here not too long ago. Weird that anyone takes it as real though.

I still drink well water, as we live outside city services. And did growing up, though my well is about 40 feet deep now, and growing up was 400 feet deep with essentially “fossil” water from the Ogallala formation, and naturally fluorinated. I sometimes worry about the “probiotics” in the shallow well, but figure they are most likely the ones I already have inside me.
The “alkaline water” marketing is also a joke. As our water percolates through limestone, it is all alkaline here, and it is a pain as it leaves mineral deposits everywhere.

People know this, and so they just throw up their hands and give up even trying to discern truth from lies. Once you abandon all hope of truth, you’re pretty much left with selecting the most entertaining belief system to subscribe to.

The well water was just what was available as a kid. Was not hooked up to the city water my entire childhood until I moved into the place I live now.

Well water is not the same thing as creek water. Wells are generally checked by some regulating body periodically to make sure they are safe for drinking. We had both a city water hookup and a well growing up, and the well water was safe to drink, it just tasted worse. When I went backpacking in the U.P. and we got water from streams, we had to boil it because the beavers who live in the streams carry giardia. There’s a difference. When we go stay our in our house in the rural language area where I work, we have “running water” in that it runs into a cistern from a spring-fed stream and then runs into our house. But even out there in the middle of nowhere people know you should boil water before drinking it to avoid parasites and getting sick. Our friends in another area found out that the town’s water had been running through the body of a dead dog for a year.

I believe ours was around 250 feet deep. I remember us replacing parts once and there was this pvc type pipe that ran into several this metal pipe and we changed 250 feet and I think that was all of it.

As for the rivers it was from when I was camping often. I would camp over a month often and so I drank mostly from rivers. Some of the places had wells but I have no idea how deep it was. I still get water from the well now since I own that property but don’t live there. But that’s mostly because at least 20 times in the last 8 years city workers would come out after storms and tell everyone on our street to not drink water for an hour after hard storms. Then eventually after a few years they just stopped coming out. So I don’t drink it. But we also have water machines here where for $2.00 you can basically exchange your 5 gallon case. Same as when I was in San Angelo texas. The water there tastes so bad. No one drinks the city water basically.

Report: Water not tasty, but drinkable

Some find San Angeloâs water unpalatable, but the water itself is not âbad.â In fact, it met all drinking water requirements and could even improve once the city brings in Hickory Aquifer water.

I’m going to stick with well water since it’s always worked. I don’t care about water ph as in water that claims t be more alkaline and ect… water does not all taste the same though due to many reasons such as it’s mineral content.

Mine is the opposite experience. Well water tasted far batter.

I understand the water source is different. I was going off when I looked up raw water to see what it meant, well water was mentioned. Saw some stuff that mentioned roughly 15-20% of Americans use predominantly well water. So I addressed that aspect.

As for the creeks I was just pointing out facts from my life that I’ve done it a bunch, and I have personally never got sick from it.

Nothing I’m doing is out of some conspiracy. Just the way it’s always been, and will continue to be, until I have a reason to change it.

Most of the places I’ve lived whites are the minorities. Seems like many of these places also have the most water health violations and some paces still had, and may still have lead pipes such as parts of New Jersey. Or issues such as when I was living in San Angelo and almost no one drank tap water because it tasted bad, despite being ok to drink. Tasted so bad soldiers would have a heat exhaustion and pass out despite having plenty of water on them because of the taste.

So throughout my life, my entire experience has been that tap water was worse than bottled water or water from water machines imported in.