Don't Look Up: a dark comedy from Netflix about ignoring Scientists

Don’t Look Up is a dark comedy about ignoring scientists who are frantically warning us about a coming disaster, with two astronomers going on a giant media tour to warn mankind of an approaching comet that will destroy planet Earth. It’s a satire about climate change, of course.

And here is the trailer

(Gonna get Netflix for one month so I can watch this!)

I want to watch it… but I also want to keep my anxiety levels in check… so it’s a tough call.

You can probably get Netflix free for a week. They advertise it all the time. But once a month is not bad. I keep Netflix and shudder essentially half the year and switch out Netflix with Hulu the other half. Then every month or two I’ll get another one for a week or month like HBO Now. Waiting until Lovecraft Country and Raised by Wolves next seasons pop up. If they are even having them. I think they are though.

The film does a good job at making you stressed though. There is also a small after credit scenes too. At the very end.

There is no such thing as satire.

There is also a small after credit scenes too. At the very end.

That coda was great!

I want to watch it… but I also want to keep my anxiety levels in check… so it’s a tough call. 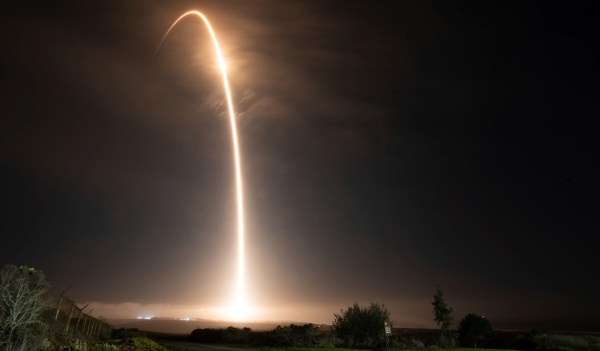 If you think “Don’t Look Up” is just an allegory about climate change, you’re...

We're woefully unprepared to deal with any existential risk at all.

This was an interesting read but spoilers! Says it’s a lot more than just about climate change.

This was an interesting read but spoilers! Says it’s a lot more than just about climate change.

NASA is trying to prepare for any asteroid or other NEO that threatens earth.

NASA is crashing a spacecraft into an asteroid… on purpose! Our #DARTmission is a first-of-its-kind #PlanetaryDefense test to change the motion of an asteroid in space so that we could use this technique if an asteroid were ever discovered to be a threat to Earth. Follow DART: www.nasa.gov/DART The DART mission is a test of a technique that could be used to mitigate the threat of an asteroid on a collision course with Earth should one be discovered in the future. DART’s target is not a threat to Earth. While no known asteroid larger than 140 meters in size has a significant chance to hit Earth for the next 100 years, only about 40 percent of those asteroids have been found as of October 2021.

The key to this and other threats is to get way ahead of things while there is time to act.

There is no such thing as satire.

Wikipedia tells:
“Satire is a genre of the visual, literary and performing arts, usually in the form of fiction and less frequently non-fiction, in which vices, follies, abuses, and shortcomings are held up to ridicule, often with the intent of shaming or exposing the perceived flaws of individuals, corporations, government, or society itself into improvement.”

I watched the start of the film (not yet to the end) and my conclusion was rapidly that the genre of the film is satire. The persons are caricatures, exposing common flaws to the extreme. That includes also the scientist - just watch how he explains the problem to the president.
I saw the film as a general criticism of the values and lacking rationalism of politicians and apparently also others (have not yet seen the whole film) - what happens in the next election is more important than a planetkiller hitting the Earth after the election.

Satire is useful if it gets someone to change the way he/she thinks and acts. Many are blind in the sense that someone needs to show them the weak spots in their thinking or attitudes.

Satire is a difficult genre in the sense that it may either be too obvious (no challenge to thinking) or too clever (most people misunderstand the message). It may also be too centered around a particular culture - works in that culture but not elsewhere.

I watched part of the film but not to the end because there was no challenge to the brain in the film and the culture was too USA-specific. Actors were skilled but the characters were like coming from a comic strip. The criticism was targeted against the way how politics and media act in USA, which leaves non-US watchers outsiders. I hope success to the film but it’s not my favorite.

- Sarcasm accomplishes nothing, Giles. - It's sort of an end in itself.

Buffy the Vampire Slayer (1997) - S04E08 Drama clip with quote - Sarcasm accomplishes nothing, Giles. - It's sort of an end in itself. Yarn is the best search for video clips by quote. Find the exact moment in a TV show, movie, or music video...

Physicist Brian Cox talks about the good science behind Don’t Look Up, and also discusses why we choose to ignore scientists. Spoilers! This excellent video is just over 14 minutes long.

Just watched it last night with family. Wow. Satire or not - the point is made with a sledgehammer. I should maybe put a spoiler blur on the rest of my comment below. [click on it if you wish to read more…]

It was definitely an exciting, and yet depressing show to watch - not an uplifting view of humanity by any stretch - and all too realistic in so many regards. My own question is how productive such ‘sledge hammer’ shows are. I can’t exactly recommend it to very many in my own community for the offense they would almost certainly feel. The question for me is: Is that a productive offense that they (we) need to feel? Indeed that is part of the point of the whole movie. The “let’s make sure both sides are heard” folks feel the sting too from this work. And that is part of the problem - while a civilization-ending comet strike is one thing to be in denial about, but non-existential threats of the sort that we actually do and are facing, and will continue to face with overwhelmingly more liklihood than extinction level events - those seem like a different animal to me. For those, the concerns of peace-lovers and bridge-builders that we “hear each other” become much more significant. That’s why I’m not sure the chosen sledge-hammer metaphor of the whole movie (as exciting as that was) was actually the best sort of commentary that people need to hear right now. I think messages of hope do very much have a desperately needed place in our social discourse today. All that said, I didn’t find the movie to be entirely devoid of any hopeful sign. There were surprising bright spots of grace amidst all the mayhem … (the unfaithful husband and his wife being reunited at the end in mutual discovery of both of their shortcomings and the grace they then extended to each other, and the young rapper dude who finally at the end delivers an actual and meaningful prayer at the meal.)

All-in-all, I agree with my son who charactherized this movie as … Dr. Strangelove meets Idiocracy. (Not for young viewers I would say).

My wife and I watched it over the weekend. Made us laugh in places, made us shake our heads and want to cry. I would be thrilled to learn of one person whose mind was changed by this film. I’m afraid I can’t imagine that happening. Instead, its primary effect is preaching to the choir and making them feel like they’re so much better than those poor dolts. Timothee Chalamet as an ex-Evangelical who remembered how to pray was oddly endearing.

Timothee Chalamet as an ex-Evangelical who remembered how to pray was oddly endearing.

Yeah - I liked that part too. Some surprises of grace buried in all the noisy mayhem.

preaching to the choir

There didn’t seem to be too much of a “choir” left in all the noise of that culture - which itself might be some scary commentary.

The Book of Jonah is satire.

The Book of Jonah is satire.

Without humour, yes. And it works.

There is some dry humor (aka irony).