Does the Bible teach the earth is flat? What are the firmaments and pillars it describes?

I have seen people claim that the Bible support a flat earth with its verses about the pillars, firmament, etc. I’ve read stuff here and though I might get some knowledgeable answers (I think this description will be good enough)

For the flat earth, the following provides a nice list. 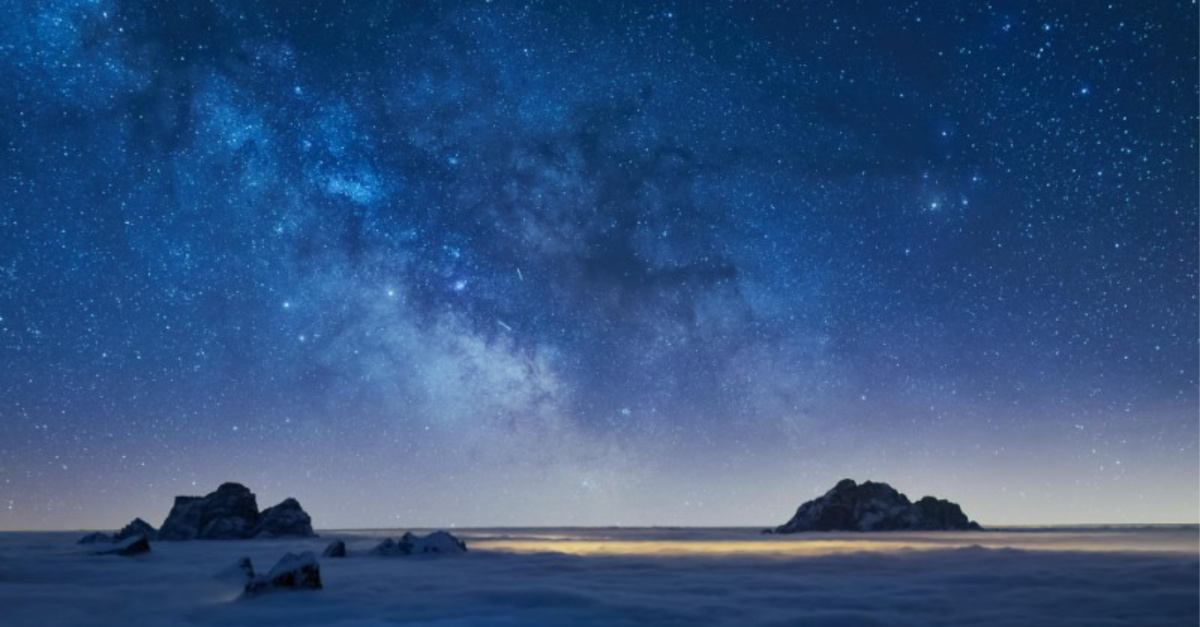 Bible Verses about Flat Earth - Scriptures about the Earth What does the bible say about the flat earth theory? Although the theory of Earth being flat is not directly spoken about, some verses describe the potential shape of our planet. One verse...

For the firmament, or vault of heaven, here are some verses

The vault of heaven is a crucial concept. The word “firmament” appears in the King James version of the Old Testament 17 times, and in each case it is translated from the Hebrew word raqiya, which meant the visible vault of the sky. The word raqiya comes from riqqua, meaning “beaten out.” In ancient times, brass objects were either cast in the form required or beaten into shape on an anvil. A good craftsman could beat a lump of cast brass into a thin bowl. Thus, Elihu asks Job, “Can you beat out [raqa] the vault of the skies, as he does, hard as a mirror of cast metal (Job 37:18)?”

Elihu’s question shows that the Hebrews considered the vault of heaven a solid, physical object. Such a large dome would be a tremendous feat of engineering. The Hebrews (and supposedly Yahweh Himself) considered it exactly that, and this point is hammered home by five scriptures:

For pillars, it may be metaphorical, but it refers to the foundation of the earth which means the earth is “sitting” on something.

I came up with a theory that the pillars could be meaning how the sun’s gravitational field supports the earth from getting thrown out and destroyed.

Pax Christi and welcome to our club!

In my opinion, the Ancient Israelites believed Earth (and the Universe for that matter) to be a “reverse-snow globe” on stilts, with a celestial ocean on all sides. Here’s a very interesting article regarding this topic which addresses some objections some might have by Ben Stanhope: 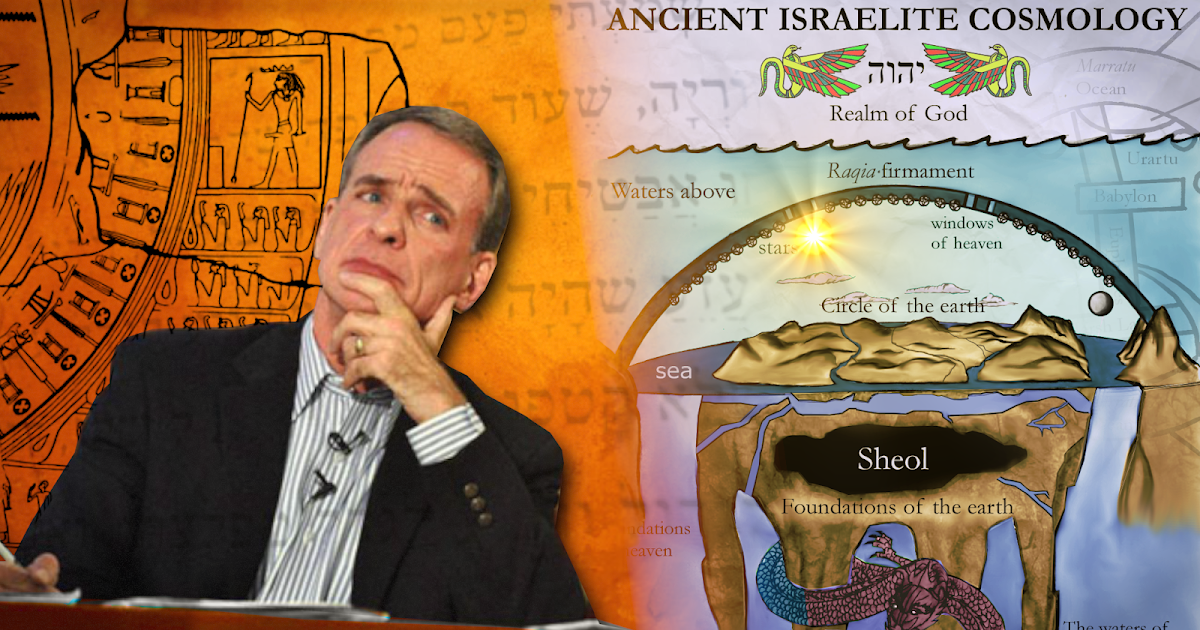 A Response to William Lane Craig on Hebrew Cosmology: Here's Your Evidence

In the first half of this podcast , William Lane Craig responded by name to my earlier blog post where I’ve argued that he misrepresented a...

And here’s a little something related to your question that I thought was interesting from our Orthodox brothers: 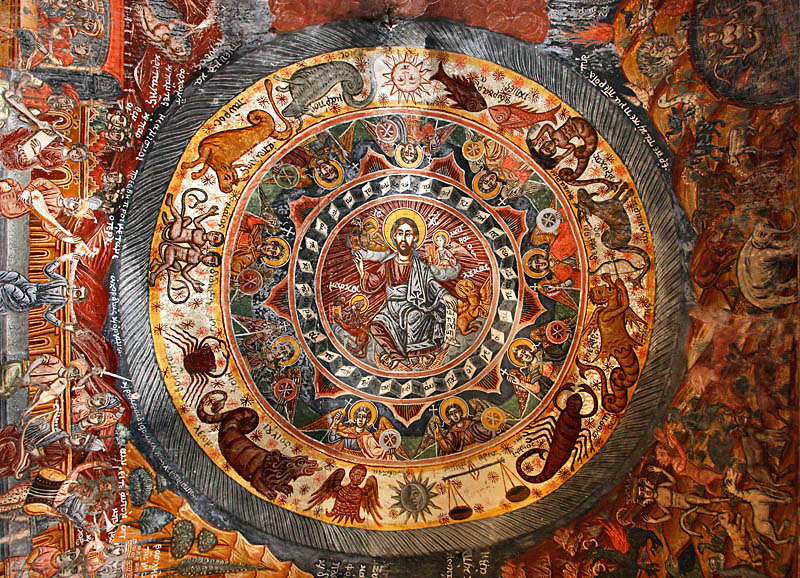 Most of The Time The Earth Is Flat.

Science, modern science that is, has engulfed nearly our entire gaze. It has become the transparent self-effacing tableau on which we experience the world, the glasses we wear to judge the truth, t…

Just to be clear, I am not a flat-earther, and neither are the people featured in these articles.

So would this all mean that the Bible can’t be trusted since it taught something that was false?

I came up with a theory that the pillars could be meaning how the sun’s gravitational field supports the earth from getting thrown out and destroyed.

Makes sense to us, but the original author wouldn’t know what you are talking about.

So would this all mean that the Bible can’t be trusted since it taught something that was false?

No it just means the Bible was written with what was known at the time.

Why would an ancient text “really mean” something the original audience of the text couldn’t have possibly understood?

Welcome! That is a great question. Denis Lamoureux wrote a great book on that–“The Bible and Ancient Science.” He’s researched that a lot.

Yeah the Bible seems to paint a picture of a flat earth. Why? The Bible was not teaching science but teaching us about the relationship between creation and the creator. It uses wisdom that was relevant to that culture, people and period.

The reason why that is still relevant is because although he was using ancient wisdom the truth is timeless. It’s just as relevant now as it will be in a million years because righteousness and love is beneficial for everything. Even if AI kicks off and robots rule the universe in a few million years it’s still relevant to be loving and good.

So if the Bible is supposed to be written by God basically (or inspired by him), and it teaches something that we now know is false, what does that exactly mean? Did God purposely lie?

The Bible is inspired so we can trust the truths that it reveals, but inspiration doesn’t mean the Holy Spirit provided the exact words to use. When it came to earthly things the authors used the knowledge that they had. Which means the Bible is not a science book.

and it teaches something that we now know is false, what does that exactly mean?

I think the key is in your statement “it teaches something.” God is not teaching anatomy and physiology, geology, astronomy or biology through the Bible. He is teaching us who he is, and who we are, and how that all works. He uses our limited knowledge and understanding to communicate. That is called divine accommodation, if you want to Google it and read a more fleshed out explanation. Basically, it is God coming down to our level.
Now, when people commonly thought the earth was flat, such passages were just accepted as descriptive, not instructional. Only when we project our modern ideas and understanding on them does a problem arise. Perhaps God also expects us to understand his use of accommodation as appropriate for the time, and as we learn more about the natural world, to continue to recognize the underlying spiritual truths.

It does not mean god lied. I use this example a lot. When you go to the library and ask for the fiction section do you ask for the “liars section?” Probably not. Likewise the Bible is a book filled with both fiction and nonfiction. Take revelation. We don’t say it’s a book of lies because it mentions a dragon and dead monster. We understand that it’s truth being explained through highly symbolic language. Just like Jesus did not like when he used parables. Genesis 1 is not a lie. It’s not written as a historical or biographical narrative. It’s written as mythological even if the people then did believe in a similar cosmos.

So if the Bible is supposed to be written by God basically (or inspired by him), and it teaches something that we now know is false, what does that exactly mean? Did God purposely lie?

Believing the Bible is divinely inspired and believing the Bible was dictated by God are not the same. Most people here are not verbal plenary inspiration types. No, God didn’t lie. God adopted texts created by people filled with his Spirit and his Spirit uses those texts today to convict people of unrighteousness, guide people in morality, and inspire people to worship and selfless service. Those texts were created by humans limited by their language and cultural worldview. Some parts of their cultural worldview were not scientific, or were patriarchical, or ethocentric. You can affirm the Bible is truthful in everything it intends to teach and not believe that it ever intends to teach geology or public health or astrophysics. Or that it intends to teach women are property, slavery is fine, and the Canaanites are the worst humans ever.

and the Canaanites are the worst humans ever.

Well, until the Cretans came around.

the Canaanites are the worst humans ever.

I don’t believe that it is what the Bible teaches even in the original context. When a Canaanite acted like a faithful member of the covenant he or she was saved, and when a Jew acted like they were not a member, they were cut off.

Tremper Longman handles this very well. And this particular quote from a talk he gave on divine violence was a major paradigm shift for my understanding of what so many critics of Christianity see as ethnic cleansing and one which I was very timid in discussing if it were to come up with an unbeliever.

Longman gives credit to his teacher Meredith Kline before saying:

“What we have in the Old Testament, particularly the Conquest, is an intrusion of end time ethics where the wicked are punished and the righteous are redeemed… So I consider what we read in the Old Testament as a preview and warning as what will happen at the consummation.”

I don’t believe that it is what the Bible teaches even in the original context.

I also don’t believe it’s something the Bible teaches. I think it might have been something certain authors of biblical texts believed, because they were encultured humans with a worldview.