Someone on my FB stated that Christians are hypocritical for displaying Christmas trees as it stems from pagan tradition. They stated that Jeremiah besieged pagans for these activities?

Any insight into what I can say? I feel free from under any OT law about not having a tree and I also think an idol is what you make of it…but I’m not well versed in this history.

Any insight into what I can say? I feel from under any OT law about not having a tree and I also think an idol is what you make of it…but I’m not well versed in this history.

I guess I would just ask them if they’ve been successfully making the rounds around their town putting to death all the people they find working on the Sabbath.

Indeed! Though something tells me there was no twinkle in the eyes of those who penned Exodus 35 verse 2. No “just kidding!” seems to follow from any of that. It just seems to be one of those jots or tittles that Jesus more than “dropped”! He practically drop-kicks it!

Yes, I often wonder about all the jots & tiddles but didn’t Jesus himself refer to those? What do you make of that relationship between the “old law” and the “new law”?

The “shapes it with a chisel” bit (and the rest of the chapter) point to idol-making. As long as you’re not bowing down to your Christmas tree, or praying to it or asking it to protect you from something, you’re probably okay.

What do you make of that relationship between the “old law” and the “new law”?

There’s been a lot of ink spilled about that around there here parts! If you do a forum search for something like “old testament”, you’ll probably find a lot of it if you’re curious.

But just short and quick from me here and now … I tend to try to follow Hebrews very closely in this - in thinking of the New Covenant as vastly superior to the old; not as a way of demeaning the old or of insisting the old didn’t have an important role to fill - but rather as a way of showing how important the new covenant is. Kind of along the lines of … “if you thought it impressive that the ministry of law and death was so glorious that Moses’ face had to be veiled … how much more so the ministry of life now!” Or Paul when he wrote … when the perfect comes, the imperfect disappears. When the law is fully written on our hearts, we no longer depend on the external letter. That we haven’t fully “taken hold” of all this yet (our hearts aren’t fully where they should be) does mean the letter is still necessary. The law is given for law-breakers. [that’s all of us.] But the new law is superior to (and ultimately replaces) the old. That’s my take on it. 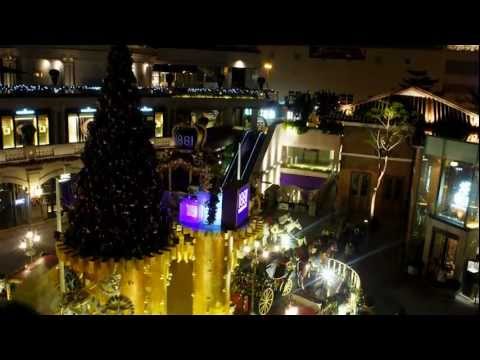 Thanks for sharing! I was recently reading a friend’s book about her Hong Kong life and she described the Peninsula Hotel tree, which may have been in the video you shared.

Something is only pagan when you are actively practicing paganism. You can’t accidentally worship a pagan god or preform a pagan ritual.

Take this story for example.

He bowed down before some god and it was not counted against him because he was not doing it as worship.

So decorating a tree is not pagan unless you are worshipping it.

There are still ‘laws of love’ that have not been rescinded, and that includes all of the Big 10. [It must be time to bring this up again? Or just search topics for “laws of love”, quotation marks included.]

Someone on my FB stated that Christians are hypocritical for displaying Christmas trees as it stems from pagan tradition. They stated that Jeremiah besieged pagans for these activities?

Any insight into what I can say? I feel free from under any OT law about not having a tree and I also think an idol is what you make of it…but I’m not well versed in this history.

The modern Christmas tree is hardly a pagan tradition, according to this:

The modern Christmas tree, though, originated in western Germany. The main prop of a popular medieval play about Adam and Eve was a “paradise tree,” a fir tree hung with apples, that represented the Garden of Eden. The Germans set up a paradise tree in their homes on December 24, the religious feast day of Adam and Eve. They hung wafers on it (symbolizing the eucharistic host, the Christian sign of redemption); in a later tradition the wafers were replaced by cookies of various shapes. Candles, symbolic of Christ as the light of the world, were often added. In the same room was the “Christmas pyramid,” a triangular construction of wood that had shelves to hold Christmas figurines and was decorated with evergreens, candles, and a star. By the 16th century the Christmas pyramid and the paradise tree had merged, becoming the Christmas tree.

It would indeed be hypocritical to practice intolerance of pagans and paganism and yet do Christmas trees and the many many other thing which Christianity has adopted from our deeply pagan heritage.

Acts 17:22 So Paul, standing in the middle of the Are-op′agus, said: “Men of Athens, I perceive that in every way you are very religious. 23 For as I passed along, and observed the objects of your worship, I found also an altar with this inscription, ‘To an unknown god.’ What therefore you worship as unknown, this I proclaim to you. 24 The God who made the world and everything in it, being Lord of heaven and earth, does not live in shrines made by man, 25 nor is he served by human hands, as though he needed anything, since he himself gives to all men life and breath and everything. 26 And he made from one every nation of men to live on all the face of the earth, having determined allotted periods and the boundaries of their habitation, 27 that they should seek God, in the hope that they might feel after him and find him. Yet he is not far from each one of us, 28 for

‘In him we live and move and have our being’;
as even some of your poets have said,
‘For we are indeed his offspring.’

29 Being then God’s offspring, we ought not to think that the Deity is like gold, or silver, or stone, a representation by the art and imagination of man.

The tradition we have from Paul is not intolerance, allergic reactions, and contamination voodoo implied by the OP. It is to see the work of God in ALL things. Therefore I think we should celebrate our pagan heritage in all the things we have brought over into Christianity. I certainly do.

What is Christmas? Jesus birthday? Well… we don’t actually know what day Jesus was born on. So we converted the greatest pagan holiday of the winter solstice called Saturnalia to Christian celebration of the birth of Christ. But Saturnalia was fascinating tradition, where slaves and their masters switch their positions and the masters would serve them dinner. It seems to me to be quite an honor to confer such a tradition upon celebration of the birth of Christ.

What is Christmas? Jesus birthday? Well… we don’t actually know what day Jesus was born on. So we converted the greatest pagan holiday of the winter solstice called Saturnalia to Christian celebration of the birth of Christ.

The December 25 date of Christ’s birth doesn’t come from a co-opted pagan holiday. There is no documentary evidence for this. The way the church got the date is by counting forward from the assumed date of the annunciation. (Learned this in my theology of Christmas class several years ago.)

Glad you liked it. Great arrangement on " jingle bells"

I have a nice jade Buddha and a carved elephant from India.
Idols? Hardly. I dont even offer them food.

But are they … graven?

Only ifn i burn incense or offer them food

I see little reason to care either way. I would assume you are not looking for a reason to justify intolerance for pagans and paganism.

This is GREAT thank you so much.