Are vaccinated people who stopped masking contributing to covid spreading?

Yes, I’m probably misstating the stat I read. ETA: I looked up what I was trying to remember reading. It was that fewer than 1 percent of vaccinated people had reported breakthrough infections.

This article from a statistician said that reporting on the percent of current cases that are breakthrough cases is confusing people about vaccine effectiveness and instead we should be asking what percent of the vaccinated population is getting infected. It’s very low. 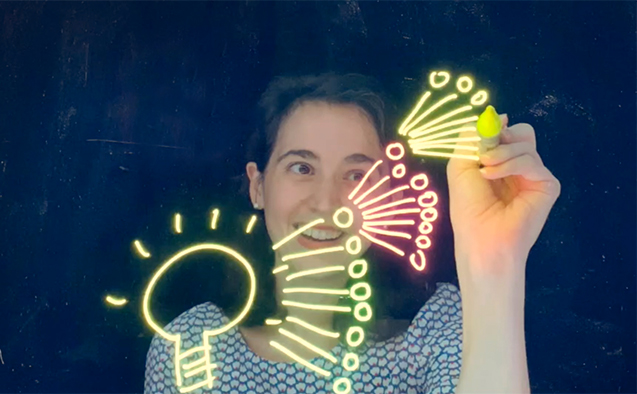 Statistics professor Lucy D’Agostino McGowan is taking aim at misconceptions about the number of COVID-19 breakthrough cases and vaccine effectiveness.

Should those of us vaccinated still wear masks in public gatherings. ( I personally am ).

The way I figure it, anything I can do to prevent sickness and death in others (not to mention myself) is a good thing. No doubt some of the people who will be spared suffering are annoying, some of them are morons, some are downright evil, some are misinformed, and some are vulnerable innocents who are doing their best to protect themselves. I don’t see how any of that matters to how I should behave. "Use every man after his desert, and who shall 'scape whipping? "

Thanks for the added article!

Yeah, it may be overkill but I’m going to be wearing a respirator to be safe. My college does not give the opportunity to remotely learn and it is known for high transmission.

I’ve been vaccinated, but I’m not running a chance due to family members with compromised immune systems and too young for the shot. I know I’m possibly going to be ridiculed, but so be it… have to protect the ones I love and others.

Good points. I think my region is composed primarily of the misinformed, but I understand there is a high demand for moron t-shirts so I could be wrong. As you say, that should not change our own behavior.

Just dive into your role as a potentially acute spreader lol. Not as infamous as a super spreader but we all have our niches xd.

My older son bought a t-shirt in Estes Park one summer that said, “I refuse to have a battle of wits with an unarmed person.” The clerk asked him what it meant. If I had been in the store with him and had been drinking anything, it would have been sprayed all over.

I don’t remember how he said he responded. I hope he deflected graciously with something like, “If it doesn’t make sense, don’t worry about it” or “Yeah, it’s a puzzle, isn’t it.”

Interesting thread. I’m in Australia, in the state of Victoria. Masks are the law here. Potentially a fine of many thousands of dollars. Initially, it was just a request. Compliance was around 10%. As soon as it was announced it would be the law, compliance jumped to 90% within days. I think it was not so much that people seriously feared the fine, so much as, people didn’t take the need seriously until it actually became law.

We also had lots of trouble with people breaking quarantine and lockdown rules and so on, and again, that didn’t turn around until we actually had police and the Army (!) going door to door, checking on compliance.

That was during our second wave. Both the outbreak and the successful crackdown made us a laughing stock in other states. The state Premier (=governor) became known as Dictator Dan. But now, around a year later, our neighbours in New South Wales are treading the same path. Still afraid to properly lock down for fear of egg on their face. A half-a**ed lockdown that has all the inconvenience but none of the benefits of a real one. Weeks into it, cases continue to rise.

A half-a**ed lockdown that has all the inconvenience but none of the benefits of a real one. Weeks into it, cases continue to rise.

Yes, vaccinated people who don’t wear masks are contributing to the spread.

And to a lesser extent, vaccinated people who do wear masks are contributing to the spread. There is still a risk of spread with a mask.

A person who wants to do everything he can do to avoid spreading the disease must isolate. But even that, unless he is a doomsday prepper who decides to dip into long-term food supplies, is still a risk if he has things delivered (causing others to be out and about at risk).

The idea of “anything I can do to keep others from sickness or death” sounds noble, but it is not really thought through. If we applied that idea consistent, we would never do any discretionary travel — as our presence on the roads puts others at risk of a car accident.

So people have to make choices. How much of the things I like should I forfeit in the interest of my safety and the safety of others? Each person must make that choice for himself.

Sure there is a endless depth of what you can do to be overly cautious to a unsustainable point. But that’s a red herring to my question which is about should vaccinated people still wear a mask and if not why? What’s the argument different now than non maskers at the beginning giving the rise of the delta strain.

The overly cautious aspect though is pointless. It’s like saying do you care about starving kids in the world and if so then why do you not live in a tent and only eat beans and rice and instead of getting Netflix send that extra couple of bucks to a nonprofit and so on. It’s a useless argument that I only see used to invade the actual specific questions.

Yes, some Christians take a vow of poverty so they have more to help others. They choose. And I laud their choice.

I am sorry, Mi Krumm, that you did not understand my post.

Let me be more specific:

Any person, vaccinated or not, should wear a mask anytime and anywhere that the person decides the wearing lowers the risk of disease to himself and others to an extent that the lowered risk is worth the inconvenience and discomfort and other negatives associated with mask wearing.

Likewise, any person, vaccinated or not, should stay home and not live life to the fullest when the person views the lowered risk of staying home outweighs the loss of pleasure for that person and others that comes with travel. Of course, the financial cost of such excursions comes into play.

It is not possible to make a one-size-fits-all rule, as people differ in so many ways.

I hope this clarifies.

As for me, I wear a mask where law or stores require it. I don’t wear it other places.

By the way, I don’t agree with your statement that the concepts I raised in the post constituted a red herring.

I agree with you, @SkovandOfMitaze . I think this was helpful for me as an illustration, too.
Covid-19: Vaccines alone will not stop Covid spreading - here’s why - BBC News

Thanks for the update fromDown Under, Russell.

How do you feel about the police and Army going door-to-door checking compliance? I don’t think that would play well in my state.

In fact, I think that the US Army is forbidden to do law enforcement, although the National Guard can.

How do you feel about the police and Army going door-to-door checking compliance?

I have given up holding political opinions.

The politics of it were bizarre.

One can never tell what political actors actually think or believe, if anything. They just say and do what they calculate might benefit them.

The politics of it specifically were, we have two-party system here, and in this state, the left are in power.

They faced constant attack from the right wing media, simultaneously for being too heavy handed (“Dictator Dan”) and for being too weak and for refusing the offers of assistance from the feds by way of the Army.

It’s all too perplexing for me to invest any angst in, any more!

On a technical front, yes, at the time the only people who had enforcement power were the authorised officers of the state Department of Health. The Army were only there for support and perhaps for PR.

I also don’t really understand the US context of simultaneous patriotism and individualist libertarianism. As in I support the military 100% but I will shoot them if they come knocking at my door in the service of the public interest. I don’t say that in order to imply I have a side. I just don’t get it.

I hunt, so I listen to hunting podcasts. This week the Meat Eater podcast had Tucker Carlson as a guest (even though they are regularly labelled as "green decoys!) When asked if he was a political activist, he pushed back hard and said with a laugh, “I like to watch!”

I suppose I’m just a bit further down that way of thinking, in that, I prefer to look away!

Thanks for the description, Russell.

Which is why the CDC is saying everyone should wear masks indoors in areas with high community spread. “Living with COVID” means taking appropriate action to slow outbreaks when they occur.

Higher percentage of vaccinated people and higher compliance with mask wearing significantly impacts the exponential spread of the virus in a community when there is an outbreak.

I’ve been disappointed by some people who seem to think that because we probably will never eliminate COVID, we should abandon all efforts at mitigation. “Living with COVID” for some people means denying the efficacy of what can be done and pretending the severity of outbreaks is inevitable. They think if people die, it was destiny. That’s not accurate.

Living with Covid will be like living with any other influenza strain.
Vaccinations, health and safety measures, protecting the high risk groups.
We have to start thinking long term and lockdowns, for example, are not the way.
South Korea has done it very well with their combination of restrictions, masking, social distancing and contact tracing.