Anon Says Jesus Hates the Kiddies, Or Why It's So Hard For Me to Be A Christian

Pax Christi everybody, and please bear with me here, because I’m about to tell you something awful that I would like to change.

I must be a masochist. Sheer boredom drove me to wade into the tumultuous seas collectively and shamelessly pooled from the shrieking mouths of a thousand self-congratulatory polemicists, and on my adventures I was struck by…whatever this is:
https://www.evilbible.com/do-not-ignore-the-old-testament/what-would-jesus-do/
I will ask you all to turn your attention to the charming bit that says “Jesus is criticized by the Pharisees for not washing his hands before eating. He defends himself by attacking them for not killing disobedient children according to the commandment: He that curseth father or mother, let him die the death. (Matthew 15:4-7)”. Because as we slack-jawed troglodyte Xians learnded in the Sunday Skool, the guy who was infamous for saying “You heard X say this, but I tell you,” and “let the little ones come to me,” despite the perceived unorthodoxy will draw the line at adults when they’re about to face execution, and declare open season for the munchkins. Jesus couldn’t have possible been pointing out the hypocrisy of his antagonists, oh no no no! Our holy anonymous prophets in their infinite sourceless wisdom could never be wrong!

It’s stuff like this that really irritates me, and unfortunately this irritation transforms into legitimate burning hatred, which leads me to fail my fellow neighbors time and time again. I should hold no animosity towards people who post things like this, but I will admit that I foster nothing but venomous contempt for these people. It’s a serious problem I have, and I would like to ask for your forgiveness and for some advice regarding how to deal with this anger.

My first thought was to avoid the temptation to anger by staying away from the stench, and the next was the first words of Psalm 37,

Fret not yourself because of evildoers…

There are more good words in that Psalm, as well.

We also have to be careful with what we pay attention to – it is a choice we make continuously. Peter blew it when he looked at the dark and stormy waves and was distracted instead of remembering his Lord. Hebrews 12:2 is to the point, as well…

Let us fix our eyes on Jesus, the author and perfecter of our faith…

We are in a metaphorical race – don’t be distracted by obnoxious noises.

I mostly just choose to set time limits. If I spend to much time trying to be logical and loving with illogical hateful people the only thing that ends up happening is my heart gets hard and in a prick to someone somewhere. Anger does not actually just build up and build up. It gets displaced in a bunch of little ways making us toxic to everyone around. As more times goes by the more I am removing people I don’t like. It will never be a echo chamber. Just not possible even if I tried. But I do make my circle of those I spend valuable time with consistently, smaller and smaller. It’s freeing to know that I can tell someone o disagree and that they are wrong and then bounce and not be worried about proving it. I tell people often they have a dumb idea , a few keywords to look up , and don’t care to prove it. It won’t matter. If they are intelligent and care they will look it up. If not, they won’t. And if they are an outlier who cares.

When the interpretation of the scripture is that twisted I think it points to a psychological aberration. Children typically love their parents even when they are abusive. It is usually only later in life that they realize their parents were wrong and may even wish that were not so compelled to love their parents so blindly.

Thus I think fact that this person makes it about children when the law says nothing about children strongly suggest that person has an issue with how they were treated as a child, or at least some strong reason for resentment of their parents. Only then would they would likely find this commandment so unacceptable, thinking “why should they honor parents who were not honorable.”

Well there is a good reason for it. The love for our parents is frankly closely intertwined with our ability to love ourselves. And if we don’t find and honor their good points then we are all too likely to find ourselves with nothing at all.

You gotta break the habit bro. Don’t go there. Says he. The only way I survive here is by blocking the noise. Eventually… And still no one here is that vacuous.

Jesus is criticized by the Pharisees for not washing his hands before eating. He defends himself by attacking them for not killing disobedient children according to the commandment

First of all those who use the Bible to criticize Jesus need to get their Bible right. His critics did not point out that Jesus did not obey the Law, they pointed out that His disciples failed to wash their hands and thus broke the cleanliness rules,

Next Jesus pointed out that it was a grave sin for offspring, adult children to fail respect their parents, and then poin5t6ed out that the Pharisees did just than by giving offspring the excuse for not helping their parents under the law. This charge has been verified.

Why do Christians allow others to lie about the Bible in this way? Can’t you read for yourself what it says is not what they claim? Is it a lack of faith in the truth of God?

for some advice regarding how to deal with this anger.

You have the right to be angry, but put this anger to work by challenging these
untruths for what they are.

Just like Joseph, flee!
I understand the lure of the boiling pot of controversy. But it really is a huge waste of your time and energy and peace. Somehow, these days, though, the pull is so strong on all (maybe “all” is an exageration: most?) of us. But ask yourself: “Did I like the soup the last time I tasted it?”

I constantly have to remind myself that the ogres were there long before I showed up and will be there long after I don’t. I don’t matter in their world, and they’re not listening. If I quietly exit their party they won’t even know or miss me. Hurts the pride a bit, but MY life is better, even in this humiliation.

Can we talk about bordom? Now that I understand you are not in farming tech, I won’t recommend you go rewire the tractor. What unbores you? What do you enjoy? What needs to be done, that you wish would go away but doesn’t? What gives you a lift, when you fell like, “I can’t do this ____ any longer. I need a break.”

If you need something to read that’s at your fingertips, here are a few resources I value: 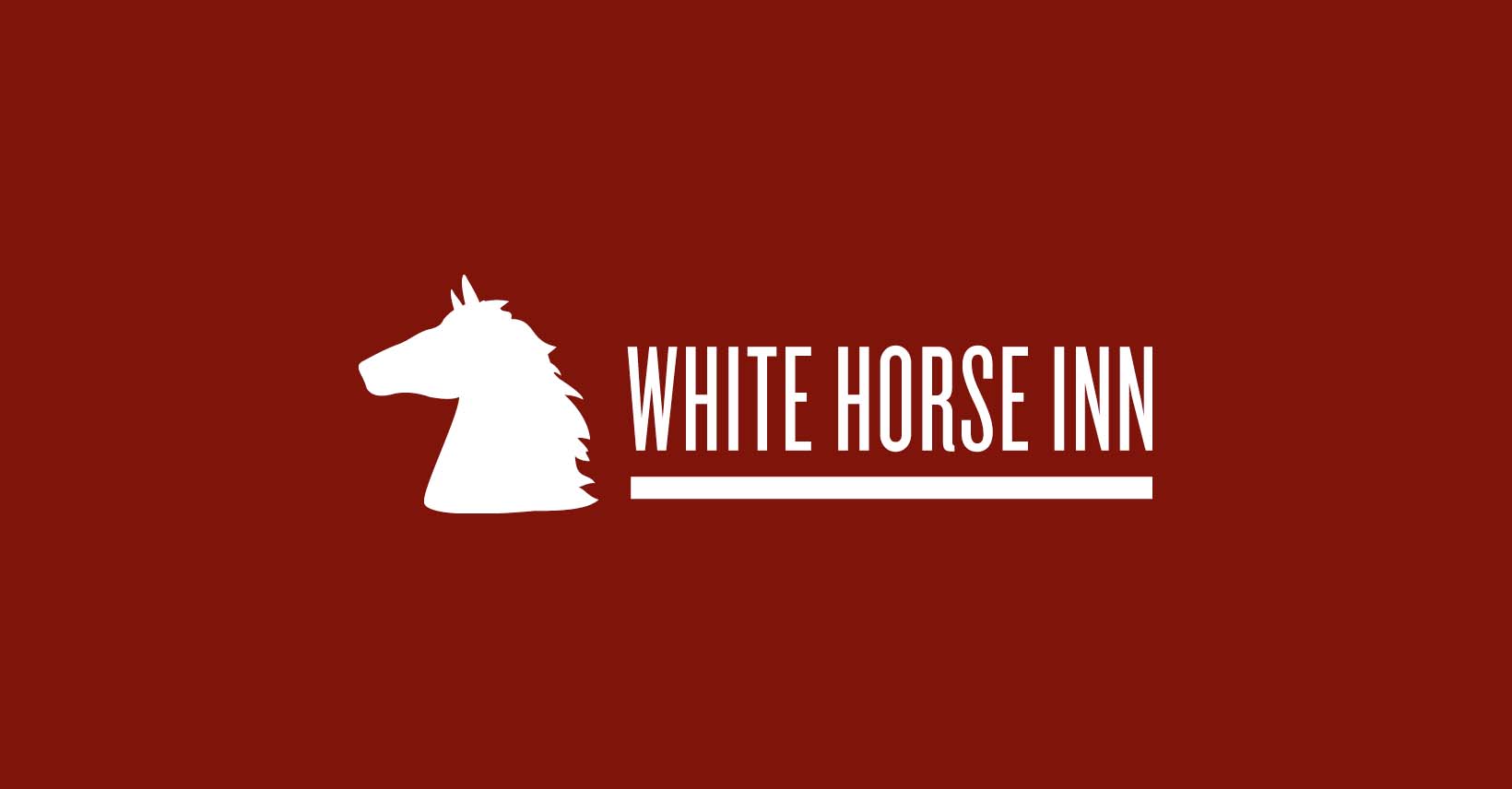 Our vision is to see a new reformation in our churches through a rediscovery of God, the gospel, and the classic Christian confessions proclaimed during the 16th century Reformation.

Project Gutenberg is a library of free eBooks.

And in case you DO find an interest in farming:

DeKalb Genetics Corporation (often stylized DEKALB; formerly DeKalb Agricultural Association and DEKALB AgResearch) was a diversified company headquartered in DeKalb, Illinois that marketed agricultural seeds and other products. The company was best known for its leading role in the development of hybrid corn and for its "winged ear" logo. DeKalb Genetics Corporation was purchased by the Monsanto Company in 1998 and has been owned since 2017 by Bayer. The DeKalb seed business, the DEKALB brand a...

(I lived briefly in DeKalb a long time ago and have always enjoyed the humor of their logo.)

Peace to you, brother. Protect it.

Peace to you, brother. Protect it.

Why Pray for Ukraine? Open Forum

Good song at the end about where our security is.

…and where our minds should relax to. Third and fourth lines:

And he has done.

Back to the subject, I agree with taking a break when you are not getting any joy from the discussion. I often go from participant to lurker on most posts.

(A lot of DeKalb seed corn is grown here, and detasseling employs a lot of teenagers for several weeks in the summer. Of course, there have been detasseling machines for a long time now, but they still have to go through manually to check for a few days after the machines have been through. You can always tell a seed corn field, both early and later in the summer, with the different plant heights.)

Sigh. Yet another New Atheist site that judges the Bible as if it were some sort of twentieth century scientific paper, pays no attention to the historical or cultural context in which it was written, and trashes it on account of fine details while completely missing the bigger picture.

“This can’t be a tree - It doesn’t even have any leaves and where are the branches?” Said the man, his face an inch from the bark.