A variety of conspiracy theories are surprisingly popular. On another post flat earthers were discussed. It is interesting to consider what the forces are that produce them. Or perhaps they are true, and this is just an attempt to cover them up…

In any case, to get the ball rolling, this article states:
That is, they do so because of three basic needs we all have: to understand the world around us, to feel secure and in control, and to maintain a positive self-image. 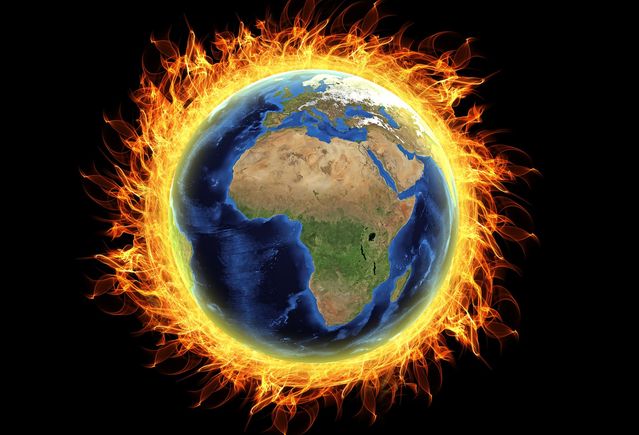 Why Do People Believe in Conspiracy Theories?

The need to find order in a confusing world

It is interesting that several of the articles I read said there were 3 reasons why people have them, but had 3 different reasons. Sort of like there is a conspiracy of people who think things happen in threes…

Here is another article that in part proposes that people are prone to conspiracy theories because…of evolution. The mindset to see links, connections and threats was beneficial to early people, but when taken to the extreme, leads to seeing that which is not there.
https://journals.sagepub.com/doi/full/10.1177/1745691618774270

Or perhaps they are true, and this is just an attempt to cover them up…

Yeah I was scared to post on this thread because I was worried about helping to propagate the coverup.

I was reminded of this article thinking about this thread: 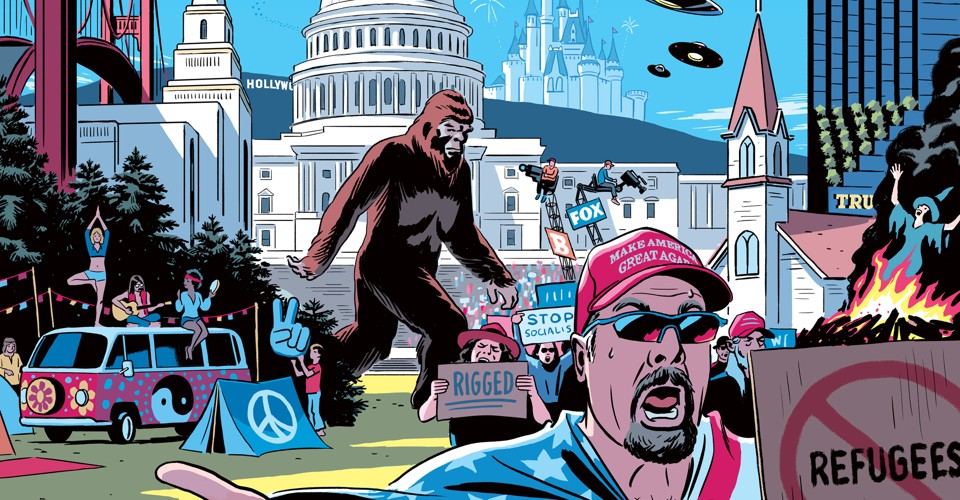 How the U.S. Lost Its Mind

I think the reasons given are all pretty good – maybe I’m cynical, but along with “positive self-image” I might also include a desire to feel superior to others. Or perhaps people have felt inferior in many ways throughout their lives (doing poorly in school, talked down to, etc.) and want to find a way to believe they’re actually the smart ones and everyone else is an idiot. When I think of some common conspiracy theory refrains (“Wake up, sheeple!”) they are calculated to clearly position the “believers” of the theories as superior in intelligence and knowledge and everyone else as duped morons. Probably there’s at least some of that in all of us.

I imagine that these kinds of things appeal more easily to people with black-and-white mentalities (which is why I have to be careful), hence views such as “Either I’m ignorant or ‘the media/science/education’ is controlled by the Illuminati, and I refuse to accept that I’m ignorant.”

[Edited to add: what’s also interesting is that I’ve heard conspiracy believers refer to themselves as “skeptical,” when in reality I think it’s the opposite – conspiracy believers have to be very trusting to believe that such massive secrets have been successfully kept for so long.]

desire to feel superior to others.

Sort of related to that is that they like to feel like they have some special knowledge, and in a way is related to Gnosticism.
Part of security is also the need to feel part of a tribe or group, and the costly signaling that goes on to be part of that tribe.

I think too much effort has been made here to characterize this as a pathology. Frankly I think this with a number of other condition are simply a part of the spectrum of various human abilities. Just as everyone seeks understanding, certainty, control, security, and positive self image, to various degrees, so also do people see patterns in seemingly random data to various degrees.

I have had discussions which bring me to much the same conclusions about schizophrenia. I have had people tell me that their dreams seem very little different from reality, something which I have never experienced. Others have told me, quite the opposite that they cannot even visualize things in their head. And thus I suspect that schizophrenia too may simply be one end of the human spectrum which visualizes and dreams with varying degrees of realism.

With a long history of warfare, men have had to be able to shut down their emotions and become killing machines and the ability to do this varies greatly. So is it really so surprising that we see extreme called psychopaths especially among those who experience a great deal of abuse during childhood? It is like a built in switch for emotions that get jammed in the off position for some people.

You know… paranoia might be an added ingredient which can make any of these conditions pathological.

simply a part of the spectrum

That sort of goes along with the article from sagepub above. It is a survival skill to look for deception and see patterns and cause and effect in the environment that served our ancestors well when in dangerous settings, but is not terribly helpful in a safe environment.

It is a survival skill to look for deception and see patterns and cause and effect in the environment that served our ancestors well when in dangerous settings, but is not terribly helpful in a safe environment.

If this applies to any of the abilities I mentioned it would be the ability to shut down ones emotions.That is definitely an emergency or military measure only. But the ability to see patterns is immensely valuable in a lot of peace time applications like science. And the ability to visualize and dream realistically is undoubtedly rather valuable in the arts. Thus the successful treatment of the pathological extremes may be more about channeling these abilities and targeting the paranoia more specifically rather than shutting down the ability completely with drugs which has patients thinking that the cure is worse than the disease.