Andy Gosler is an ethno-ornithologist, studying the relationships between people and birds. We talk about what that means and the importance of knowing the names of the living creatures around us as we walk through an ancient haymeadow on a gray day in Oxfordshire, UK.

His story is quite interesting, as Richard Dawkins was one of the influences who actually led him toward Christianity!

"there was a problem in the Origin of Species because that would be kind of iconoclastic. But that actually the pattern and the process don’t fit. And it’s kind of been there as the elephant in the room for 150 years. [laughs] 160 years. What modern biology is discovering more and more is that rather than being driven by conflict and competition, nature is, an underlying principle is mutual dependency.

At last a real scientist, an environmentalist, on the website says that The Origin of the Species and survival of the fittest is basically wrong and Jim Stemps agrees.

It is about time.

If God is Lovet than how can God’s Creation be based on conflict?

Dawkins did not guide Gosler to God, but unintentionally exposed the lie of survival of the fittest.

God guides evolution by encouraging “cooperation” and love by making all things, all life forms, all persons interdependent.

Speaking as a biologist and ornithologist myself, and just ccing you here @HRankin actually, the phenomenon of “cooperation” is nothing very new in biology. Hamilton and Trivers explained it well in the 60’s and 70s. Dawkins also knew about this, people just have misinterpreted his “selfish gene” title to mean something he never intended. We have known for decades that natural selection can explain cooperation between organisms (where each benefits from the action). What natural selection can’t explain is true altruism.

Yes! We have discussed this before!

What is “true altruism?”

It is giving resources to another (a non-relative) at a cost to oneself. In other words, a net self-sacrifice.

It is giving resources to another (a non-relative) at a cost to oneself. In other words, a net self-sacrifice.

Altruism is a straw man intended to represent Christianity. It assumes that the opposite of selfishness is selflessness. Jesus Christ did not die on the Cross because He was altruistic, but because He loved humanity. His sacrifice led to the Resurrection and our salvation. When we trust in the goodness of God, we can love and help others. When we believe in the Selfish Gene, this leads to Megaism, because we believe that everyone is out to get us.

The question I raised is not about science in general, but about Dawkins in particular. Dawkins us not perfect and as I see it he has made some every significant errors. If people have misinterpreted the Selfish Gene, then he needs to clarify its meaning. As far as I can see Dawkins had not done so. Maybe you can tell me where he explains that selfish does not mean selfish and our behavior is not dictated by DNA

Why, how can’t it? It’s tried, it keeps explaining it and then refuting its explanations. It does explain it of course, although it’s extremely rare. It explains it because there is no other possible explanation. As well as individuals’ genetic explanations, there are emergent psychological explanations.

Because God neither needs material resources nor reproduces it is, of course, a category error to think of him as “altruistic”. God acts out of Agape, not altruism.
However, if you read any modern textbook on animal behaviour, you will see that cooperation in animals is easily explained by reciprocity, mutualism, and kin selection, none of which is incompatible with furthering one’s own inclusive fitness.
cheers
K

Oh, by the way, here is an article on Dawkins and the selfish gene, if you scroll near the end, under the photo of Dawkins it says he regrets the title of the book because readers did not understand he was using the term metaphorically. 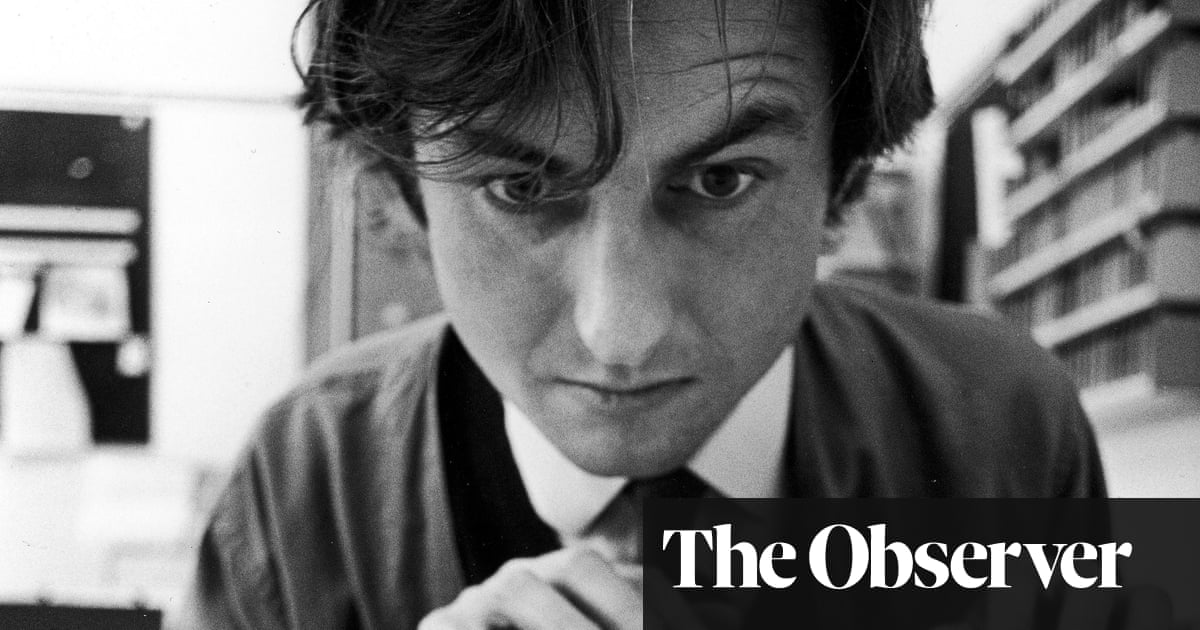 'As long as we study life, it will be read': the Selfish Gene turns 40

In 1976 Richard Dawkins’s study of evolutionary theory became the first popular science bestseller. How do its ideas stand up today?

Thank you for the reference to an interesting article.

Richard Dawkins has occasionally lamented his own choice of the “selfish gene” title since it has for decades been misinterpreted by detractors and fools.

You are correct in that it seems that RD says he regretted the choice of the word selfish in the title of his book, however his explanation is unconvincing. Are genes selfish or not? Do they cooperate or not? Do they control mindlessly all living creatures or not? As far as I can see there is no evidence that the Selfish Gene is mislabeled, metaphorically or not. Nor do I think that I am a fool to think this way,

The idea was this: genes strive for immortality, and individuals, families, and species are merely vehicles in that quest. The behaviour of all living things is in service of their genes hence, metaphorically, they are selfish.

This is the crux of RD’s argument in the SG, his gene’s eye view if evolution. It lives or dies on this theory which I would submit is basically wrong.

Much of the enmity stems from people misunderstanding that selfishness is being used as a metaphor. The irony of these attacks is that the selfish gene metaphor actually explains altruism. We help others who are not directly related to us because we share similar versions of genes with them.

As you said previously altruism is different from love and cooperation, which does not prevent RD from using it that way. The SG is an argument against cooperation based on good will. The decision to treat everyone as brothers and sisters must be a conscious decision of the mind, which has no place in RD’s world.

To my mind, and that of the majority of evolutionary biologists, the gene-centric view of evolution always emerges intact.

As long as evolutionary biologists deny the insights of ecology their influence will be limited. Andy Gosler rejected the theories of RD because he sees life as based on conflict, not cooperation. Andy Gosler is an environmentalist, because his work is based on as specific environment, Wolfson Meadow. Andy is right, RD is wrong.

I don’t understand your trying to distinguish the effects of genes (DNA) versus “ecology” to the survival of animals. DNA of course leads to the development of things like the morphology (physical shape) and behavioural repertoire of an animal, and with this “phenotype” which is created by their genotype, they interact (via ecological interactions) with biotic and abiotic things in their environment, the success of which all of which contributes to their biological fitness.

I enjoyed the podcast. Thank you!

I agree with @klw, though, --I think that there is a danger of a strawman of Dawkins’ writing, though I have not read TSG. @Klax , true altruism must be hard to identify to me; I’m puzzled. If natural selection explains insanity, then even altruism outside of self- or group- or ecological preservation is, perhaps, still explainable by observable processes–I think. I am interested in what you both think. Thanks

Hi Randy,
Yes, one needs to be quite careful of definitions here. “True Altruism” in the biological sense is doing something for the benefit of another’s fitness AT A COST to your own fitness. It is obvious that natural selection will not favour an animal which shows such “true altruism”, because it will not be able to leave more offspring than its rivals which do not give self-sacrificially. It might be possible for humans to act truly altruistically because we are self-conscious and might choose to override the instincts we’ve inherited via evolution.

Dawkins explains that what superficially appears to be “true altruism” or “nice behaviour” in animals can actually be explained by Kin Selection, reciprocity, or mutualism, where the “nice animal” actually gets fitness benefits for the behaviour (perhaps indirectly). So biologically, such behaviour is better defined as “cooperation” (behaviours of mutual benefit to both parties) rather than “altruism”.

So biologically, such behaviour is better defined as “cooperation” (behaviours of mutual benefit to both parties) rather than “altruism”.

Agreed. It is better to avoid expressions that attribute subjective states to genes. Cooperation is more descriptive of the observable net effects rather than saying anything about the motivating factors as if all creatures make self aware choices.

So biologically, such behaviour is better defined as “cooperation” (behaviours of mutual benefit to both parties) rather than “altruism”.

RD discusses this issue in Chapt. 10 of the SG the title of which, “I scratch your back, You ride mine” reflects his belief in the Selfish Gene. In this chapter. he briefly discusses the ecological view of symbiosis, which is closest to cooperation as most people know it. RD rejects cooperation because the SG demands that it receive more out of the relationship than it puts into it and the SG is the successful gene.

RD is not selling science, but a worldview. That might be okay if you agree with this worldview, but it still should not be disguised “science” and those who criticize it called unscientific, when they are not.

Yes, RD is explaining that natural selection will ultimately favour those organisms that leave the most offspring relative to competitors, and that natural selection will thus favour cooperative behaviours that bring net benefits to the actor. But this is nothing new–all biologists would claim this is how natural selection works (i.e. evolution) operates. This is simply science, not a “worldview”. Dawkins DOES stray into a philosophical worldview (untestable by science) when he asserts atheism–that God did not create nature or the evolutionary process. (but that is something entirely different from the “selfish gene” idea). So, you might say that I (a Christian biologist) agree with Dawkin’s scientific account of Kin Selection and the “selfish gene concept”, but do not agree with his “atheistic philosophical worldview”. Evolutionary “self-centeredness” doesn’t bother me though, because we humans have the self-conscious capacity to override evolutionary inherited tendencies, if we so choose.

I still can’t understand how you can logically separate “ecology” from “evolution”. Ecological relationships in nature are themselves a result of evolution…

Nowhere in the SG does RD say this or anything like it. Your reading into what RD thinks based on what you want him to think is a mistake, just as those who think that DJT thinks what they want him to think because he calls himself a conservative.

True natural selection is based on symbiosis. Why don’t we bringing unity into science and recognize how ecology completes evolution by making it clear ecology explains how natural selection works and survival of the fittest is a myth? RD is basically a troll.

It’s perfectly scientific to utterly ignore utterly unnecessary claims. Nature does not need God. There is nothing philosophical about that fact. It isn’t a worldview. It’s a brute fact. Furthermore nature isn’t atheist. There is no theistic synthesis that science has to overcome dialectically. Science, the only method of investigating reality, is the synthesis that has to be overcome with a superior antithesis. Let me know when you’ve got one. Theism isn’t it.

Natural selection is based on symbiosis??? That’s certainly not the accepted scientific definition… If that’s how you define NS and evolution, I think you might be misunderstanding what RD is saying.