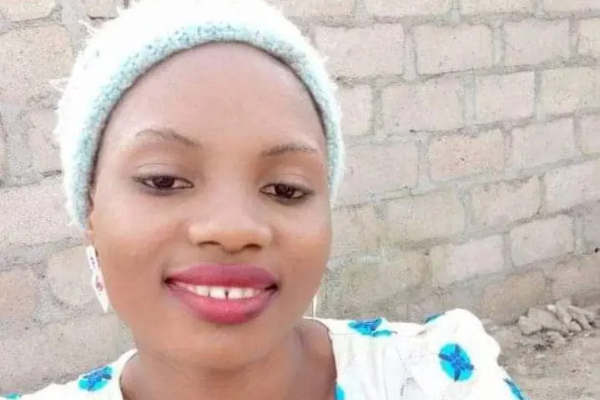 Everything We Know About the Murder of Deborah Samuel

Four days ago, Deborah Samuel was killed by a mob in Sokoto for allegedly speaking against Prophet Muhammad in her class WhatsApp group. Here's what we know.

I’m sure many of y’all have been following this. But many also don’t know about it since it’s a 19 year old African Christian girl murder by African extremist Muslims in Sokoto. I first heard about it in a Facebook group I’m in that is predominantly Africans. Africa has some really alt right evil minded people. The emotional reactions in places like Nigeria is high where they use “insulting a religion” for anything and it often leads into men binding behind Islam as an excuse to torture , rape and murder their victims.

In this case the woman was in her colleges classroom WhatsApp group that is supposed to be reserved for class work. But it’s dominated by Islamic propaganda and beliefs. Much like in America you often see evangelism being inappropriately used to shove the gospel onto others under the guise of “ loving their neighbor and preaching the gospel “. Someone asked the girl how did she past the test , I’m guessing most failed. She said it was because of Jesus. This angered many who the wanted her to basically remove the comment because they felt that comment was degrading to Muslims which lead to verbal attacks and eventually something along the lines of “ if Jesus was just a prophet than what does that make Muhammad then “

Within a few days angry Muslim men best her, stoned her , burned her and murdered her. It’s kind of looking like their may not be much justice since it’s a predominantly Muslim area and a election is coming up. I believe the men are still currently locked up. But online support for the girl from the officials have been deleted and it went to be because they need the Muslim vote more than they need justice or the Christian votes.

There is a video. I’ve not watched it. Contrary to why some believe being a fa of fictional horror does not equal being a fan of people actually being murdered. I don’t have a morbid fascination to see real life crime. Especially when there is nothing to be able to do with that anger and grief except bring awareness. Though perhaps enough awareness will create pressure for Justice but we barely seeing that working in america half the time and my experiences with Africa it generally made even less so.

I first actually became aware of this by other young adults middle aged men in the Facebook group for terrible reasons. Instead of these so called Christians mourning her or wanting Justice for her they , even many from the same town, was criticizing her for being a bad Christian. Saying she was being evil by saying “ The holy fire will protect me “ even as being attacked. She sincerely died believing any moment God was going to recuse her. These people on this group are saying essentially “ she’s in hell now because she prayed to fire instead of praying to Jesus “ and other angering things.

Hopefully more support will come out for her from Nigerians , the world and her government.

Very disturbing. David Wood is covering the story as well as the religious violence that is happening in Nigeria. The mob overpowered the security force that was there to protect Ms. Samuel.

Stories like this are one of the things that motivate me to write about the absolute contradiction of treating people like they don’t exist, when you believe they do.

Glad you are protecting free spech here and all but i havent seen even one thread on the California church shooting. Interesting community to say the least

“The California church” shooting was politically motivated, NOT “purely” religiously-motivated. Both are unlawful in the U.S.

You know there are thousands, tens of thousand if not hundreds of thousands of terrible things happening everyday. I could post one every 10 minutes and not keep up. Many of us here are in multiple forums and Facebook groups and discussions.

If you want, please feel free to post the names and events that lad up to the California shooting. In general bringing attention to one thing does not mean erasing the issues of others. In general there is not a lot of crime or persecution talk in this particular forum. So I doubt there is a particular agenda at play as a whole.

Just a reminder (with mod hat on) that we try to avoid discussing politics on the forum, unless it’s directly related to science and faith. We also like to avoid pitting religions against each other, so please keep that in mind and keep discussions civil.

24 posts were split to a new topic: Politics in the U.S

You all are welcome to continue your political discussion … in private. If any one was lurking and wants to be in on that now-private message thread, you can just request to be let in.

Aye, but as we know, pro-life only applies before birth. Not too insensitively mocking I hope

You and me both.

Violence is a cultural problem, and infusing sociopaths with violent fantasy is deadly.