The colour blue in the Bible

I’ve seen an interesting claim in various places that ancient (Bronze Age) cultures didn’t have any concept of the colour blue in their respective languages, but that they described things that we would recognise today as blue by conflating it with other colours. For example, Homer’s Odyssey describes the sea as being “wine-red.” 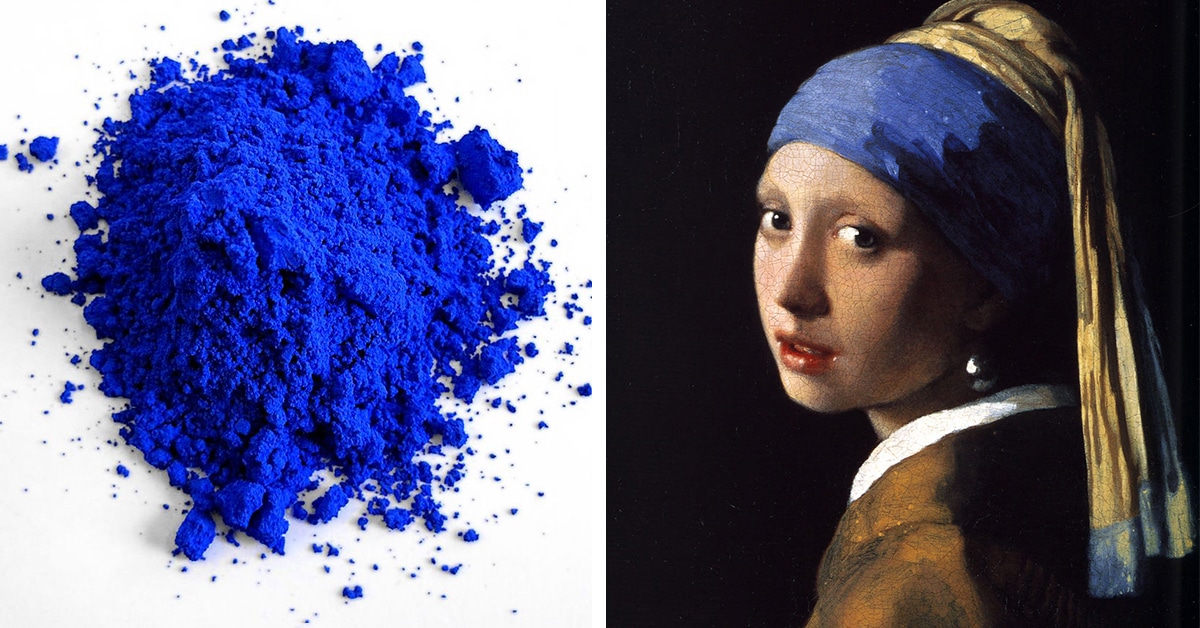 The History of the Color Blue: From Ancient Egypt to the Latest Scientific...

Some scientists believe that the earliest humans were actually colorblind, and had no concept of the color blue.

Even the Japanese language today apparently similarly blurs the distinction between blue and green, with the result that their traffic signals use lights that appear distinctly blue to mean “go”: 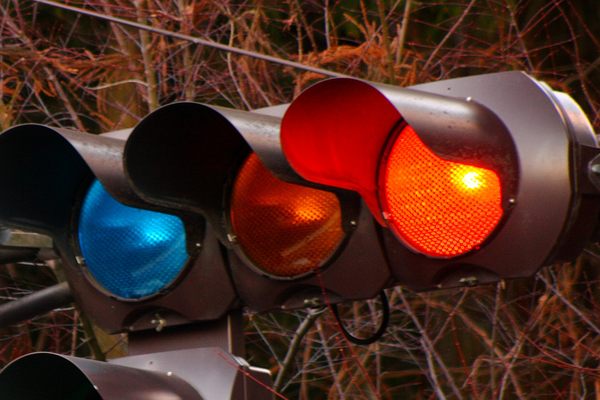 The country's bluish-green signals are the results of linguistics and legalities.

Reading this made me curious about what the Bible has to say about the colour blue. I’ve seen claims that ancient Hebrew had no distinct concept of the colour blue. But most modern Bible translations include several references to the colour blue from Exodus all the way through to the New Testament. Apparently there is a Hebrew word, tekhelet, mentioned forty-nine times in the Bible that refers to a particular shade of the colour blue that, among other things, was used in the clothing of the high priests: 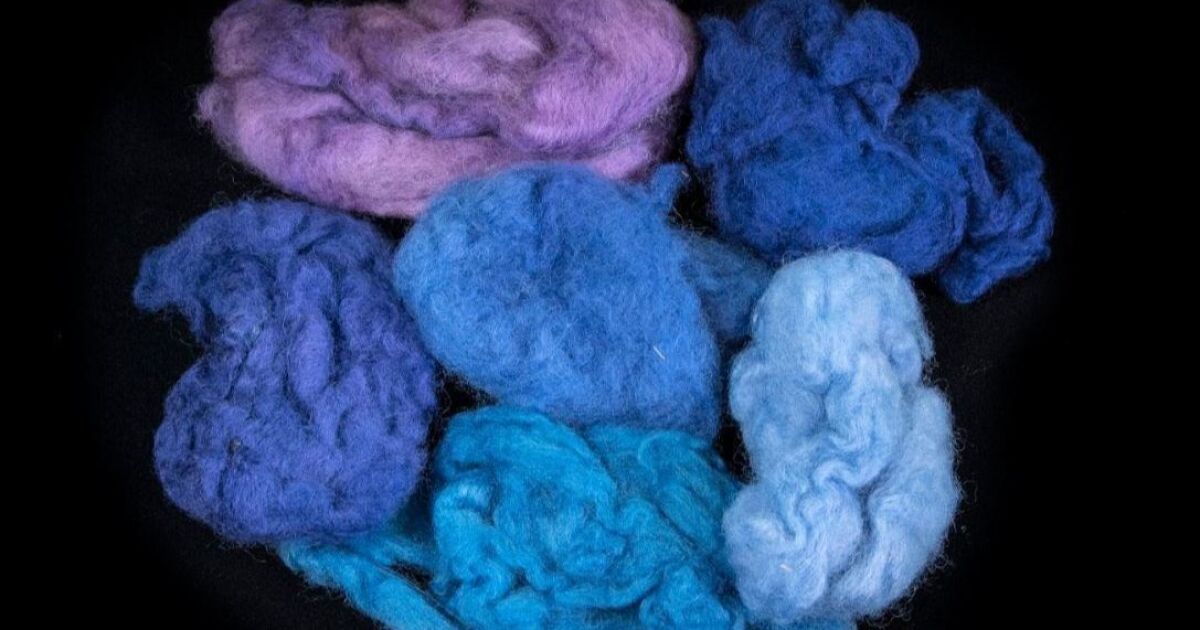 The Bible described it as the perfect, pure blue. And then for nearly 2,000...

The Bible mentions a perfect, pure blue 49 times. But for most of the last 2,000 years, no living person has known exactly where to find it.

What should I make of it? Would the real perception of the colour blue by people of Bible times please stand up?

According to the Biblical exegete, Andrew Lloyd Webber, Joseph’s technicolor dream coat built up to blue.

Apparently there is a Hebrew word, tekhelet , mentioned forty-nine times in the Bible that refers to a particular shade of the colour blue that, among other things, was used in the clothing of the high priests:

Blue shows up in Egyptian artifacts back to pre-dynastic.

The Ishtar Gate of Babylon was of blue glazed brick. 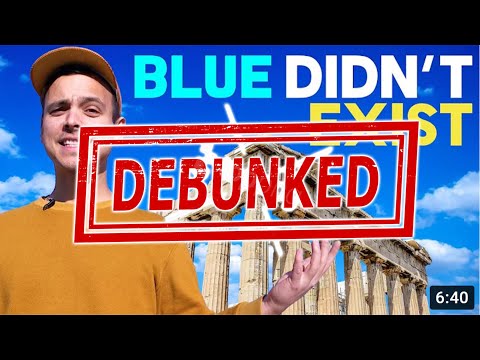 I’m not sure why anyone would think ‘blue’ isn’t mentioned in the Bible - unless something consistently funny happened with English translation of a similar non-blue color. Because I see all sorts of hits for it in a simple word search - granted only one in the New Testament (Revelation 9:17 - which NRSV renders as ‘hyacinth’ in a footnote and ‘sapphire’ in the actual text). But the old testament has more hits of the actual word ‘blue’ from Exodus through Ezekiel than I care to wade through.

@MelekRimaye Thanks for posting that. It confirms something that I’d suspected: the claims that the ancients had no concept of the colour blue is pretty dubious at best.

I thought it particularly noteworthy what he had to say about the Himba experiment, because that particular experiment seemed particularly implausible to me. The shades of green that the Himba were said to be able to tell apart with ease were very close together in the RGB colour space, while the blue shade that they were said to struggle with was much further apart. Even if you have the same word for two different shades of a particular colour, that shouldn’t change your ability to tell that they are, in fact, different. But it turns out that the BBC’s report of that particular experiment was at best a distortion or an exaggeration, and at worst made up out of whole cloth.

This claim is surely being made by someone who has never dealt with learning a foreign language (and employing it to get stuff done). Color concepts are murderously hard to translate across languages. It doesn’t mean that the concept doesn’t exist. It means that the concept used different conceptual categories and words to signify it.

This phenomenon exists with all sorts of other categories of language, for example verb forms. Because, for example, English has some very subtle verb forms and constructions, and German doesn’t, doesn’t mean that Germans have no concept for what English speakers mean. They simply express the concepts differently.

Without a spectrograph, or Pantone system, it’s simply hard know how colors were talked about or what was understood.
At the same time, we have things that are good reference points. The sky, lapis, such things, that we could recognize then as well as today as being blue. I’ve not noticed whether their colors are referred to in the Bible.
Additionally, there are not that many things in nature that are naturally blue. It’s a relatively rare color in minerals (thus the dependence on lapis for so long as a colorant, which was particularly unwieldy to work with (lapis paints that relied on natural binding agents were particularly short lived and expensive)) and in dyestuffs derived from plants and animals. Even indigo can be hard dyestuff to work with, and they all (or nearly all) require chemical preparations of the fibers to be dyed, and different preparations depending on the type of fiber (plant derived or animal derived). That mordanting process can achieve different colors even with the same dyestuffs. All this to say, colors are complicated. But language does not imply “color blindness.”

“Basic color terms” are a big topic in anthropology and linguistics. Here’s an good summary article of the state of the debate. 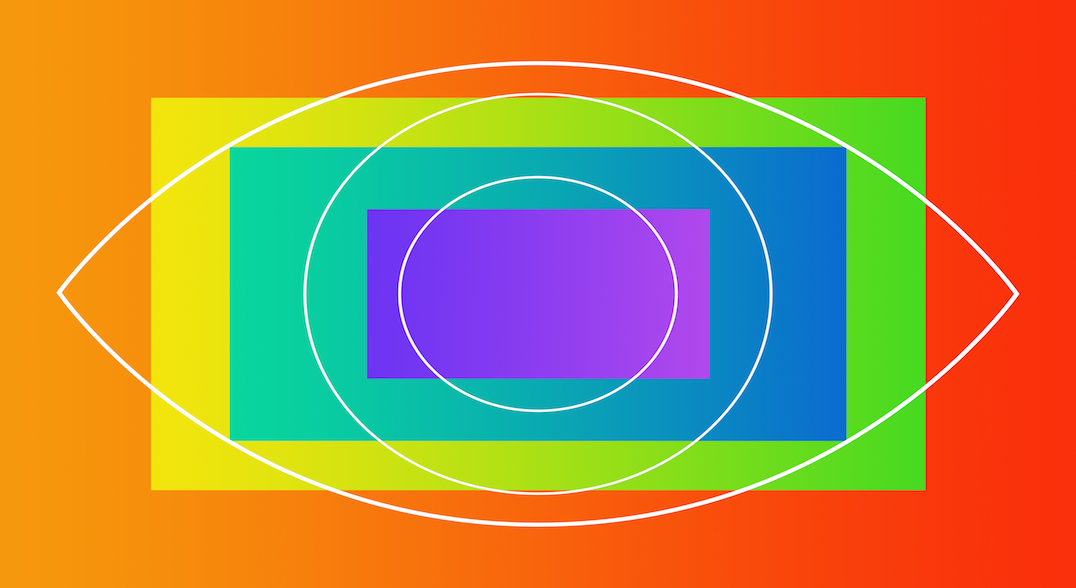 Do You See What I See?

Cultures around the world talk about color differently—some don’t even have words for color. Is color perception a universal human experience?

Most of the mesoamerican languages use the same word for blue and green. It’s not that they can’t see the difference between blue and green, they just label some things blue like the sky and other things blue like leaves. Where we draw lines on the color spectrum is an arbitrary cultural/language thing that we are socialized into. The article I linked features some researchers who claim that abstract color terms are not a universal feature of all human languages (like numbers or kinship terms) and argue that some languages just use representative things when they need to speak about color (so they would say blood instead of red, for example.) “Having a concept of the color blue” is hard to measure. We can certainly have concepts of things or perceive things we don’t have abstract labels for. Some languages have far more abstract words for different smells than English has, but that doesn’t mean that English speakers can’t differentiate those smells they don’t have labels for.

Languages with more than six basic color terms (eleven is the highest) add one or more from gray, orange, purple, pink, and brown.

My husband made a literacy game app for minority languages that can be easily customized by importing specific language data. He designed the buttons in the game to be green, blue, pink and orange. A team he was working with using a language in Africa asked if he could change the colors because the users did not have a verbal way of distinguishing between pink and orange. It’s not that they can’t see they are different, but it’s hard for a teacher to give instructions with “Tap the red one. The other red one.”

Sort of interesting article regarding colors in the Bible. Cannot vouch for its accuracy, but some of it seems on target.

Meaning of Colors in the Bible Explained (2022) • Colors Explained