Any thoughts on this?

Will they ever admit the grave consequences of their errors?

“We destroyed our entire country and suspended democracy all for a lie, and these people perpetrated the unscientific degree of panic. Will they ever admit the grave consequences of their error?“

~sigh~ Everyone responded to a new virus in real time. This does not mean the CDC was purposely lying.

We should have shut down when we did, based on the information and novelty at the time. Now, knowing what we do, we should carefully open up.

No matter what the rate, 107,000 and counting families are still grieving the loss of their loved ones. It appears to me that while the death rate may we’ll be lower, that is because it is actually far more contagious than thought. In other words, the numerator is the same, but the denominator is bigger than expected. The good thing about that is we may get herd immunity sooner, but a lot is still up in the air.
Also, it is somewhat deceptive to look at one overall mortality rate, as it seems to be highly variable, depending on demographics. If fact, that is my primary criticism: we have acted on generalizations rather than individualizing to local conditions. Of course, the problem lies in separating the politics from the application, which seems to be impossible.

(1) Horowitz makes much of the ratio of the numerator (deaths) to the denominator (total infections). He completely omits the size of the denominator! This is a critical omission. The coronavirus transmission rate is far higher than that of the flu, and has no vaccines. Therefore COVID-19 presents an enormous risk of far higher population infection rates. Thus Horowitz’ take is highly misguided.

(2) A lot of epidemiologists are suspicious of the CDC estimate because no supporting data are provided. For example, if the CDC estimate relies on death certificate attributions, it could be far too low. Carl Bergstrom of U Washington:

Another expert, University of Washington biologist Carl Bergstrom, said that even the CDC’s worst-case scenario is realistically a best-case scenario. The agency’s worst-case fatality rate, he noted, is more optimistic than recent, high-quality coronavirus data about the death rate in Spain.

“These [CDC] numbers are so far outside of the scientific consensus that this strikes me as a devious and cynical effort to manipulate not only federal modeling but the broader scientific discourse.”

Here’s a Twitter thread with a lot more details from him:

With guidance from this newly released CDC document, federal agencies are modeling the COVID pandemic using implausibly low fatality rate. Their "best estimate" has a symptomatic CFR of 0.4% Their worst case scenario has CFR — not IFR — of 1% cdc.gov/coronavirus/20… https://t.co/C4tGpsykHj

But what if people don’t die from the virus but have a lasting debilitating condition? They don’t get counted in the IFR which is a mistake many anti-vaccine advocates also make. You can’t just look at the people who die and say, see it’s pretty low while if ignoring those that don’t die like this article describes: 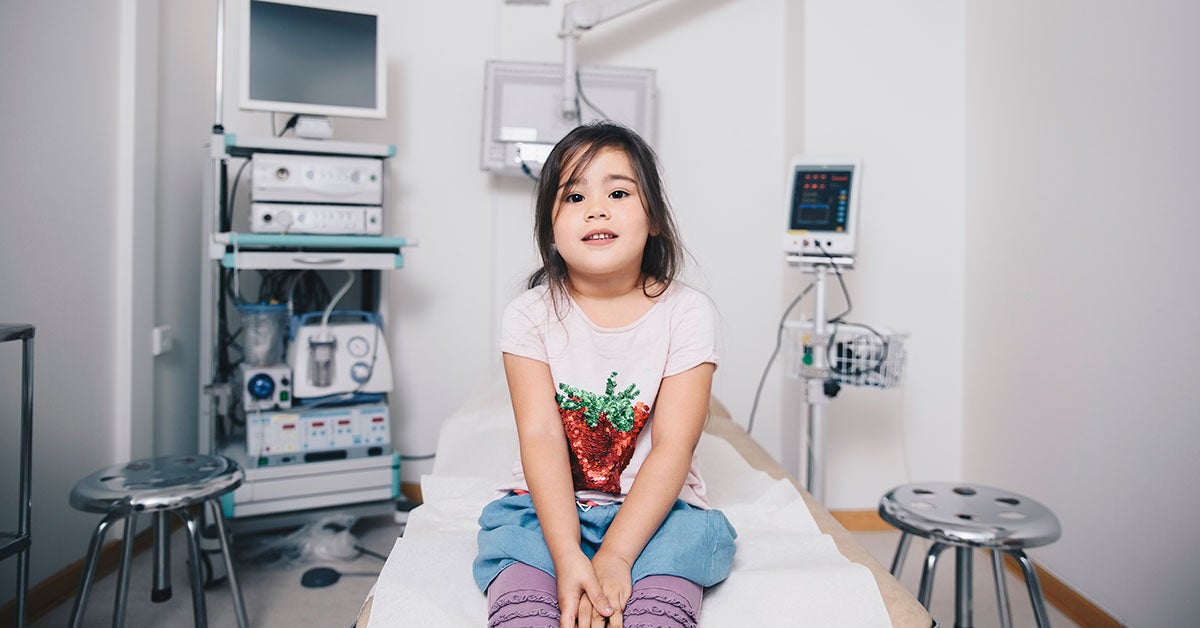 Despite being declared eliminated in the United States in 2000, the measles virus has made a comeback. Many people do not know it can lead to long-term health effects including brain damage, hearing loss, and immune suppression.

Ed Yong did a nice piece on people who are having debilitating conditions from COVID-19: 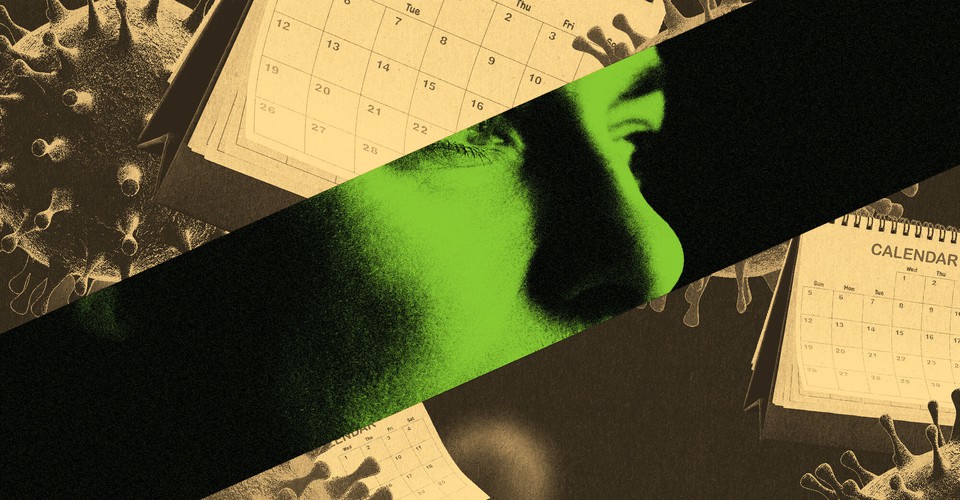 COVID-19 Can Last for Several Months

The disease’s “long-haulers” have endured relentless waves of debilitating symptoms—and disbelief from doctors and friends.

At the end of the day though, I say leave it up to _________ to misunderstand and misrepresent science like they far too often do. He cites a preprint, a twitter post and the unfortunately questionable CDC numbers.

Yes, there certainly was an overestimate early.

And the link you provided included the very important factor of the difference in the infection fatality rate as a function of age.

A targeted approach, protecting the very old with health issues, would likely have been a more prudent choice.

I don’t think it is quite that simple.

A matrix multiplication of the Infection Fatality Rate by age group times the Population by age group seems more accurate.

In Excel terms, it is the sumproduct of the two tables of numbers.

I mostly just hope we will place just as much emphasis on other things in the future. Like heart disease that kills 600,000+ people a year. I still honestly believe most people never cared. They wore a mask, and they used sanitizer and they were forced to not do things they normally do and the things that they could still do that they normally did, they did twice as much. We have 1/4 of our typical population and yet stores were more backed up. 41,000 die from second hand smoke. I wish we would ban cigarettes.

Yes, there certainly was an overestimate early.

I don’t think it has “turned out” yet that 0.5% is on the low side, and I think the numbers were higher early on.

But what if people don’t die from the virus but have a lasting debilitating condition? They don’t get counted in the IFR which is a mistake many anti-vaccine advocates also make.

When I joined mom groups and started hearing discussions of vaccines, I learned that a whole lot of people had lasting effects from chicken pox. Anti-vaxxers never mention those things, and I had no idea how common it was until friends started telling their personal chicken pox experiences. One local friend of mine’s husband got leg infections that required slicing his legs open. It was so horrific for his mother to watch that and for him to experience it. Chicken pox vaccine was top of his list of vaccines his kids would get ASAP. I know several others with lasting lung damage. Meanwhile, anti-vaxxers want to have chicken pox parties to purposely expose their kids to the disease. I’m sure they’ll do that with Covid-19 also, once the vaccine is available.

The good thing about that is we may get herd immunity sooner, but a lot is still up in the air.

I just can’t imagine what it would take to get 70% of the population to have gotten the disease naturally.

True, but we were discussing at the breakfast table this morning that the testing done at least locally by the National Guard is the PCR test and is given only to people who are symptomatic. I think the results of mass antibody testing to accurately approximate the number of asymptomatic cases who have developed potential immunity is still out there. Most of the antibody testing is also done on people who were symptomatic and wondering if they had the bug.

They’ve opened up testing here to anyone. The hospital testing was people coming in for procedures, so they’re all asymptomatic. They had 1 positive out of almost 1000 tests. Even the symptomatic testing here is less than 10% positive. So the numbers here have just been way too low for herd immunity. There are hot spots in the state where it’s circulating more, and there are probably more asymptomatic cases in those areas. I just read yesterday that 5 Alabama football players tested positive, and they were all asymptomatic. Of course, before their test results came back, they had a get together. So that team might all be exposed now.

They were in Birmingham at the time, and that’s been a hot spot since this started.

I don’t think it has “turned out” yet that 0.5% is on the low side, and I think the numbers were higher early on.

I know what numbers I was quoting early on, so I don’t know how you can think they were higher than that.

I was thinking that the IFR would likely lie in a range of something like 0.15% to 0.5%. I now take the range to be from 0.3% (represented by Iceland, assuming a 50% asymptomatic rate) to 1.1% (Spain). In New York City, 0.26% of the entire population has died even though nothing like the whole population has been infected, so that sets a hard lower limit on the IFR for that population. Iceland, by the way, has done a spectacularly good job of containing the outbreak.

Here’s an example that I ran across. I’d seen a CDC figure on average number of flu infections per year cited in several articles, but the link was suddenly dead (https://www.cdc.gov/flu/about/disease/). A little more digging turned up this jewel from an assistant secretary at HHS:

The CDC website states what has become commonly accepted and widely reported in the lay and scientific press: annually “about 36 000 [Americans] die from flu” (www.cdc.gov/flu/about/disease.htm) and “influenza/pneumonia” is the seventh leading cause of death in the United States (www.cdc.gov/nchs/fastats/lcod.htm). But why are flu and pneumonia bundled together? Is the relationship so strong or unique to warrant characterizing them as a single cause of death? David Rosenthal, director of Harvard University Health Services, said, “People don’t necessarily die, per se, of the [flu] virus—the viraemia. What they die of is a secondary pneumonia. So many of these pneumonias are not viral pneumonias but secondary [pneumonias].”

Basically, the WH doesn’t like the numbers, so they are doing to the CDC what they did to the EPA.

Steve, I don’t know why you don’t understand this, but I will try to explain.

The 0.26% does not set a hard lower limit on that population.

Governor Cuomo ordered long term care facilities to take Covid-positive patients. So the most vulnerable population, the demographic with the highest ifr, was forced to interact with the sick. This error resulted in many more deaths and raised the observed ifr.

Can you understand how forcing nursing homes to take sick people raised the observed ifr in New York?

Steve, I don’t know why you don’t understand this, but I will try to explain.

The 0.26% does not set a hard lower limit on that population.

Governor Cuomo ordered long term care facilities to take Covid-positive patients. So the most vulnerable population, the demographic with the highest ifr, was forced to interact with the sick. This error resulted in many more deaths and raised the observed ifr.

Can you understand how forcing nursing homes to take sick people raised the observed ifr in New York?

Now let me try to get you to understand. 0.26% out of the entire population of New York City – old, young, vulnerable, invulnerable – has died of COVID-19. The IFR cannot be lower than than number. If every single uninfected person in the city now becomes infected and not a single one of them dies, the IFR will be 0.26%. Every single person who dies will increase that number – it cannot decrease it.

My apologies, Steve. I see your point.

My apologies, Steve. I see your point.

Thanks. The source I used had slightly different numbers, but the point remains the same.