So was Martin Luther King Jr a evolutionary theist? Reading this link it stated that he was. It also touches up on some of the issue of was racism part of evolution

I often hear as a counter argument that Darwin was a racist and that racism played a role in Darwin’s understanding of evolution. I will have to further search it out. He wrote a lot and when first reading through it I was younger and could have missed out on a lot of it. I was not sure what MLKjr believed though concerning evolution and read a few things stating he accepted it and had critiques of it. Dr. King accepted the animal ancestry of humans as taught by Darwinian evolution, but he spoke forcefully against the idea that we are the products of a blind material process.

often hear as a counter argument that Darwin was a racist

Almost all white people were racist back then, including white churchgoing people. I’d say it hasn’t changed much. btw, Darwin was an abolitionist.

I think there is a giant portion of every race and ethnic group that’s racist and prejudice.

Well, I would go further and say all are, as it is part of our human frailty. It is something we can overcome, however.

I definitely agree that there is definitely a part of human nature that in a sort of flight or fight mode before being taught better will presume the more someone is like me the more we are likely to be in harmony, despite the fact that’s where most contention comes from for most. Even the idea that my voice is normal and their voice has a accent is tied into it.

But what I was referring to was an active and strong dislike towards those not like us to the point we believe they are less than us. That’s what I normally mean by racism.

I’ll definitely look into it. I’ve never been big into studying Darwin’s personal life. It’s only recently that the creationist arguments I’ve been encountering has been attacks on Darwin himself thst I got interested in studying it.

In my opinion its a matter of upbringing . Generally kids arent racist.

Also Darwin lost interesting in Christianity after his daughter death. So i dont think Darwin wasnt a christian because he discovered the origen of species.

“Centuries ago a sage named Socrates was forced to drink hemlock. The men who called for his death were not bad men with demonic blood running through their veins. On the contrary, they were sincere and respectable citizens of Greece. They genuinely thought that Socrates was an atheist because his idea of God had a philosophical depth that probed beyond traditional concepts. Not badness but blindness killed Socrates. Saul was not an evil-intentioned man when he persecuted Christians. He was a sincere, conscientious devotee of Israel’s faith. He thought he was right. He persecuted Christians, not because he was devoid of integrity, but because he was devoid of enlightenment. The Christians who engaged in infamous persecutions and shameful inquisitions were not evil men but misguided men. The churchmen who felt that they had an edict from God to withstand the progress of science, whether in the form of a Copernican revolution or a Darwinian theory of natural selection, were not mischievous men but misinformed men. And so Christ’s words from the cross are written in sharp-etched terms across some of the most inexpressible tragedies of history: “They know not what they do”."

“This idea, sweeping across the modem world like a plague, has ushered God out and escorted man in and has substituted human ingenuity for divine guidance. Some people suggest that this concept was introduced during the Renaissance when reason dethroned religion, or later when Darwin’s Origin of Species replaced belief in creation by the theory o f evolution, or when the industrial revolution turned the hearts of men to material comforts and physical conveniences. At any rate, the idea of the adequacy of man to solve the evils of history captured the minds of people, giving rise to the easy optimism of the nineteenth century, the doctrine of inevitable progress, Rousseau’s maxim of ‘the original goodness of human nature’ and Condorcet’s conviction that by reason alone the whole world would soon be cleansed of crime, poverty, and war.”

“The twentieth century opened with such a glowing optimism. Men believed that civilization was evolving toward an earthly paradise. Herbert Spencer skillfully molded the Darwinian theory of evolution into the heady idea of automatic progress. Men became convinced that there is a sociological law of progress which is as valid as the physical law of gravitation. Possessed of this spirit of optimism, modern man broke into the storehouse of nature and emerged with many scientific insights and technological developments that completely revolutionized the earth. The achievements of science have been marvelous, tangible and concrete. … Man’s aspirations no longer turned Godward and heavenward. Rather, man’s thoughts were confined to man and earth.” - Martin Luther King, Jr. (The Gift of Love, 2012, largely from A Strength to Love) 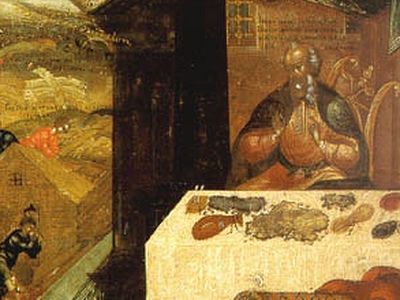 The man who was a fool

It is the story of a man who by all modern standards would be considered eminently successful. Yet Jesus called him a fool.

Gal 3:26 You are all sons of God through faith in Christ Jesus, 27 for all of you who were baptized into Christ have clothed yourselves with Christ. 28 There is neither Jew nor Greek, slave nor free, male nor female, for you are all one in Christ Jesus.

In reference to racism I had an interesting situation happen about 40 years ago. I was a used car salesman (now my reputation is really in question). I had advertised on a Christian radio station letting the listeners know where I worked. One day a Mexican/American couple came in to the office. We had a Mexican/American salesman that everyone knew would always take those customers. When they walked into the office, he went over and asked if he could help them. Their response was, “We are looking for our brother Cody”. That shocked the salesman but he directed them to me. It just goes to show what being born again and united in Christ will do for racism.

So I was doing some research to verify the quote that we shared today on social media about science that he said and found this: https://kinginstitute.stanford.edu/king-papers/documents/tough-mind-and-tender-heart

It’s an outline of his sermon that the quote ended up being from, and it looks like he said that in summary of these points that he had in his notes (bold emphasis mine):

Soft mindedness has often invaded the ranks of religion. This is why religion has been all to slow in accepting new truth.

I was surprised to see it! But it was really cool. So that Evolution News article makes me feel like that guy has not seen these notes…

I found this as well. It cites the paper and page. I’ll definitely look into it. I guess I’ve always just thought he was probably a creationist by default. But I believe that of most Christians until they say otherwise because it’s typically the prevailing views in the Bible Belt.

Darwin’s views are often argued about. Desmond and Moore in “Darwin’s Sacred Cause”, argue that one of the motivations was showing that all humans were related since many scientists of the day argued that different groups of humans had separate origins (polygenism). As beaglelady points out Darwin himself was an abolitionist from a family of abolitionists though most in it supported with money rather than public speaking or writing. Darwin’s first book, Voyage of the Beagle, has quite a few passages that are anti-slavery (it was also a best seller when first published and fairly easy reading). His letters with Asa Gray, an American biologist, about the American Civil War (when not discussing biology) are also of interest. He certainly had some racist views as well as some sexist views but, by the standards of his time, was quite progressive.