I may be embarrassing myself here (not for the first time) - but it occurs to me that I don’t know how to resolve the following dilemma.

It is a very simple and intuitively understandable fact that hydrostatic pressure (P) for any ideal liquid is determined by: change in pressure P = pgh [fluid density (rho), times gravity (g), times depth (h) ]. So assuming constant g and constant rho (incompressibility), the pressure is merely a linear relationship with depth under the surface. So far so good - have taught and used that for many years.

Here is what I can’t resolve. The internal energy of any fluid is dependent upon the sum of the kinetic energies of all particles present, right? … which in turn is a function of temperature - and only of temperature. I assume this would be true for liquids just as it is for gases - very basic kinetic theory of matter. This means that no matter how deep underwater I go, the speeds of the molecules do not necessarily increase - but might even decrease if water temps drop with depth as they often would in real life. Given the near-incompressibility of water, there are approximately then the same number of water molecules colliding with any given cm^2 of wall area at speeds no faster than (and possibly even slower than) near the surface. Given all that, what then accounts for the greater force on that given area?

This is easy for a gas, where temperature (molecule kinetic energies) can be held constant, but due to their linear compressibility there are more molecules colliding with the given wall area - hence the greater pressure. But this doesn’t work for incompressible liquids! I know - no liquid is perfectly ideal, and water is ever-so-slightly compressible. So it occurred to me that, perhaps that miniscule compressibility makes water act like a super powerful spring (really high spring-constant). You push a powerful spring down just a tiny amount, and it pushes back with tremendous force. But this would imply that the liquid is then having kinetic energy (temperature) added to it due to compression work (something that wouldn’t even be possible to the extent that it truly approached being an ideal fluid). It also implies that the internal energy of the moving water molecules ought to increase with depth - thus giving greater temperatures as one descends (as actually does happen with gases). But none of that is sounding quite right.

What simple thing am I forgetting? Which two of these things are accounting for the increased pressure at depth under an ideal liquid: 1> increased speed of molecules there? or 2> higher density of molecules striking the wall?

There’s an answer to your question here:

At the molecular level, how is the pressure at the bottom of a lake higher than at the top?

Basically, it is due to the fact that liquids are only approximately, and not perfectly, incompressible. In other words,

is very high but not infinite. It’s not the movement of the molecules in the liquid that results in pressure being exerted, but the Pauli exclusion principle as they get pushed closer together. This being the case, it’s not kinetic energy that is getting added to the liquid, but potential energy, and that is why the temperature isn’t affected.

That makes good and basic sense! So to put it in very lay terms … the pressure at the bottom of the lake is greater for the same reason that the bottom wooden block pushes harder on the table the more blocks you stack on top of it. It isn’t about how fast any blocks are careening against the table (though in liquids and especially gases - they are), or that there are more blocks hitting the table in that spot. It’s just a simple case of potential energy being transmitted from stacked stuff above into nearly unsquishable stuff underneath. Thanks! Well-explained!

And it’s good to know that somebody else out there had the same question.

Yes liquids are not really incompressible. It is just that the “springs” in your analogy are so much stiffer (higher spring constant) than they are with a gas. So as you can imagine there is some potential energy storage there. So even if the number of molecules have not greatly increased all those “compressed springs” (electrostatic repulsion between electron clouds I presume) will add to the force of the collisions.

the Pauli exclusion principle as they get pushed closer together.

That certainly plays a role in holding in neutron star against collapse into a black hole. And it is used to explain the electron orbital structure of the atoms. But the force between molecules??? Research on this reveals a lively debate since physicists are adamant that Pauli exclusion is not a force. So my guess is that the repulsion is technically electrostatic and the role of the Pauli exclusion principle has more to do with how the orbitals resist any alteration of their shape. …interesting question… 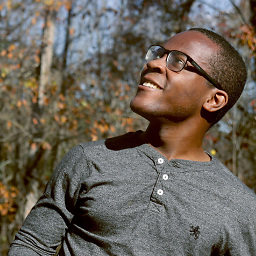 Attraction and repulsion between atoms

Forces between atoms and molecules are often modelled using the Lennard-Jones potential:

The Lennard-Jones potential models the two most important and fundamental molecular interactions: The repulsive term (1/r^{12} term) describes the Pauli repulsion at short distances of the interacting particles due to overlapping electron orbitals and the attractive term (1/r^6 term) describes attraction at long ranged interactions (dispersion force), which vanish at infinite distance between two particles. The steep repulsive interactions at short distances yield the low compressibility of the solid and liquid phase; the attractive dispersive interactions act stabilizing for the condensed phase, especially the vapor-liquid equilibrium.