Satan vs The Satan

Too long for me to transcribe but he makes some points that contradict what I have been thought. That “satan” carries a definite, neuter article, not a name.

“We have to be very careful of…over-personalising” says Wright.

I am inclined to be persuaded but this differs from other teachings I have received. so unfortunately it seems even in faith I must be skeptical, so, who would like to enlighten this neophyte as to the doctrine wars behind this? Short of deciding between them I at least at first need to cast my eyes across the quagmire.

Great question! My family and I enjoy The Bible Project. One of their videos was quite helpful to me on it. 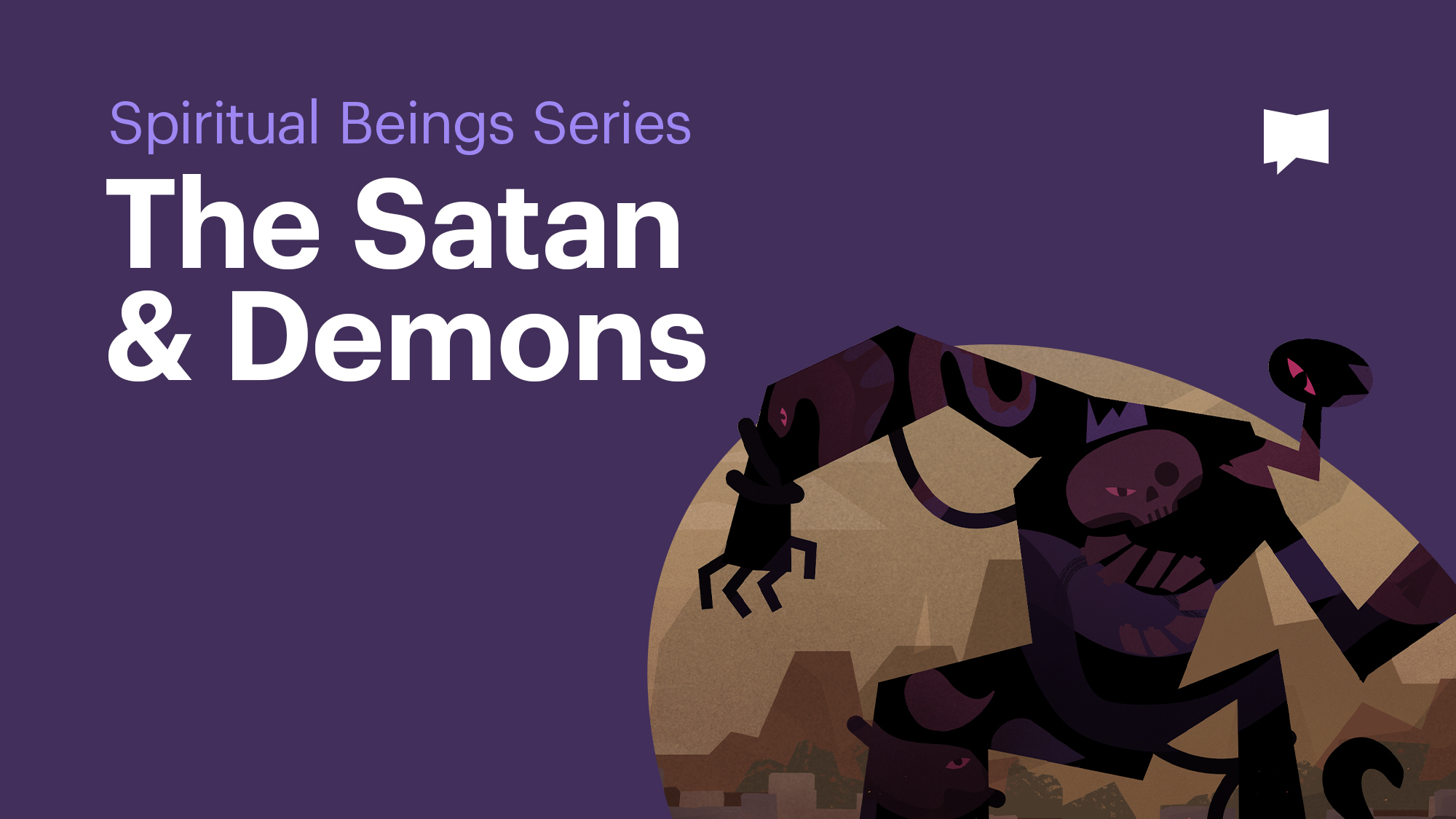 Explore the biblical portraits of the Satan and demons and see how our modern conceptions are based on a series of misunderstandings.

I would be interested in what you think.
Thanks

I found the podcast that you refer to: #92 Why are people evil? Could God be evil?

The portion that evoked your question lasts from 21:45 to 27:08, which responds to a question posed by a parent, Matias , a pastor of the Vineyard Church in Lisbon, Portugal, who asks about the possibility of reconciliation between Jesus and Satan when God will finish “putting all things right again”; will Jesus forgive Satan? [The questions initially were asked by Matias’ children (10 and 8 years old) and submitted, in turn, to N.T. Wright by Matias.]

N.T. Wright’s response also addresses Matias’ question regarding the eventual and future relationship between God and Satan. by speaking of Origen’s “universalistic” heresy. Origen believed that Satan would eventually be brought into the fold. That belief was condemned as a heresy: Universalism In Origen’sFirst Principles

“We have to be very careful of…over-personalising” says Wright.

“Over-personalizing” was not in my vocabulary. Thanks to Wright and over-personalize, it is now: “To attribute the too much of the cause of something to personal decisions and willpower, and not enough to other factors.”

You say that you “at least, at first, need to cast your eyes across the quagmire.” The question is, how far back in time do you want to go?
Personally, as I get my bearings, the further I look. IMO, 1st century Christianity did not arise out of a vaccum, so I tend to look for Judaic/Hebraic origins of early Christian beliefs. To that end, elsewhere, in my own research on Talmudic references to the Serpent in the Garden of Paradise, I learned that the Serpent was believed to have originally been a four-legged beast, that the Archangel Samael rode around on. The beast’s punishment for its role in the seduction of Eve was the loss of its four legs and feet, and condemned to crawl on its belly ever afterward.
Samael was the name of the Angel of Death, cf. Samael. I have seen many Jews chortle over Christianity’s "confusion and fixation on “Satan”, meanwhile ignoring or glossing over the fact that the Archangel Samael has roots in Judaism and had a place among the Angels there. I suspect that Samael was the first and chief “satan”, lost his “name” in the transition into Christianity, and became the Church’s Satan, for better or worse. Note: that last sentence is my speculation, over which I am not interested in arm-wrestling.

This video from the BibleProject does not look very Biblical to me, but simply repeats the popular mythology. It is not what I was hoping to see from the description at all.

I certainly agree that the Bible indicates that the serpent is a spiritual being, but there is nothing in the story which says the serpent is in rebellion. We only know that he is named adversary of mankind by the end of the story. Nor do I think the fall of Adam and Eve was about rebellion. I frankly think this is all a product of turning Christianity into a tool of power to make people obedient to people who want power over others. It is the first step in turning Christianity into something evil. The next step is usually to ascribe hateful and devilish character traits to God, so that you the obedience you command can more easily be turned to whatever evil selfish purpose to want.

A lot of this is typically justified by a passage in Isaiah 14 (where we get the name “Lucifer”) even though context clearly states that it is describing a king of Babylon. But the result of this man made theology is to make God rather incompetent and small like the gods in ancient pantheons. It makes the Bible too much like a fantasy comic book with an obligatory villain. It is good story telling for entertainment to be sure, but not so helpful in understanding reality.

What does the Bible actually say about demons? It doesn’t actually describe them and tell us what they are. They are mentioned in stories as things which people believe in.

The result is that the Bible doesn’t really say that they exist, no more than the false gods which the Bible speaks of far more frequently.

But the devil and Satan is spoken of far more frequently and not simply as something people believe in. He is a being which interacts directly with God in the OT and with Jesus in the NT. So it is certainly not my suggestion to say that he does exist. What I dispute is the idea that he is the origin of evil or an adversary of God.

Notes regarding “satan” in the Bible verses:

Why Satan vs. The Satan? When both are used? The vs. makes it seem… adversarial. A house divided against itself. So, a title is not a proper name and can be more symbolic, personified without being a real person. Like the Abrahamic God, the Abrahamic Satan evolves. In opposite directions. But seem to accumulate everything they’ve been en route.