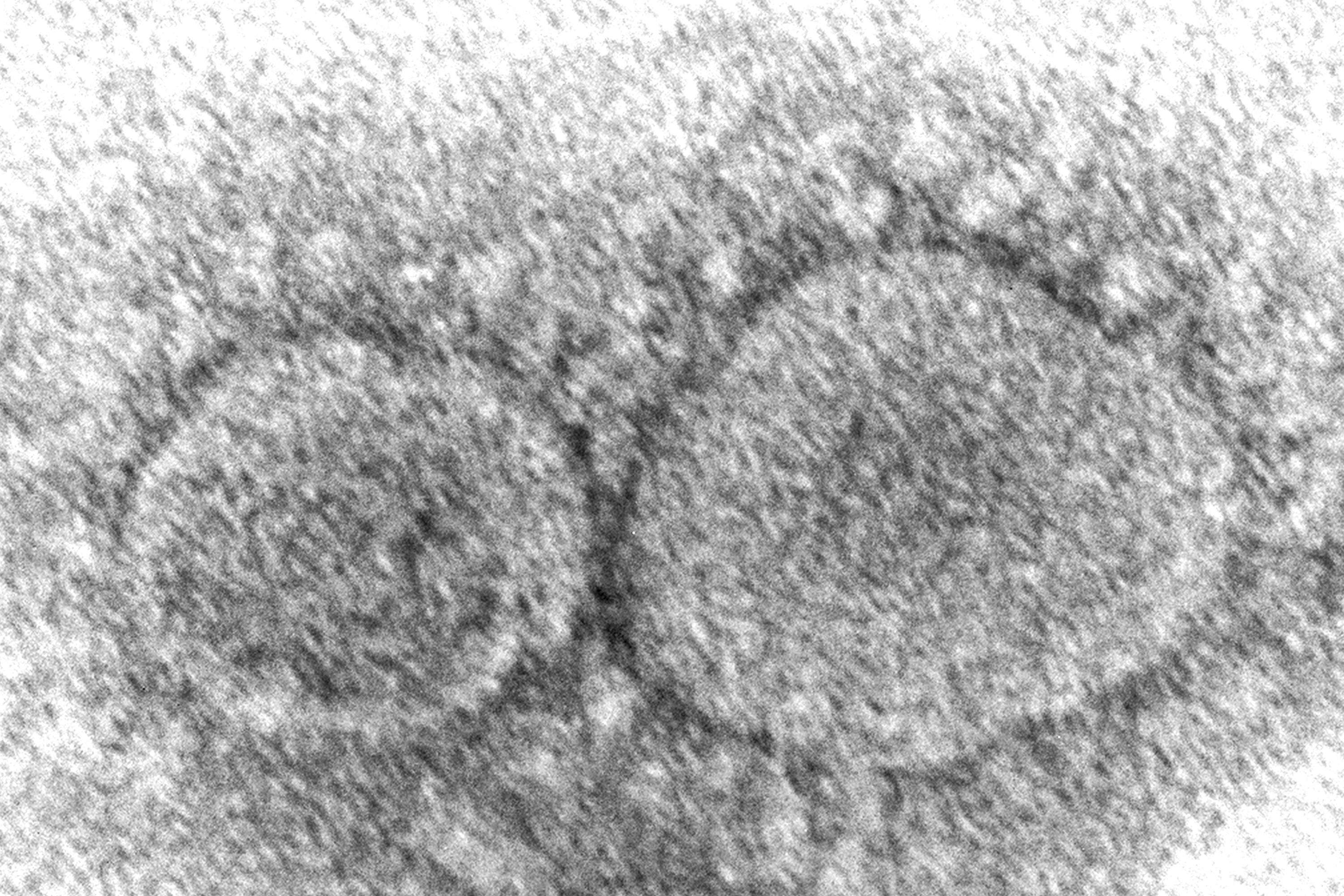 The coronavirus mutant that is now dominant in the United States is a member of the omicron family but scientists say it spreads faster than its omicron predecessors, is adept at escaping immunity and might possibly cause more serious disease.

Based on wastewater, the BA.2.12.1 wavelet has peaked in Massachusetts. Now we wait to see whether BA.4 and BA.5 will cause transmission to go back up again.

This is more of an opinion piece, but he makes some interesting points. There may be recent information on reinfection that he overlooks, e.g. COVID reinfections surge during Omicron onslaught.

Masks work. So why haven’t Covid mask mandates made much difference?

Covid cases and hospitalizations are rising again in the U.S., and deaths are starting to rise, too. In response, many people are understandably asking what the country can do to minimize the virus’s toll in the weeks ahead. 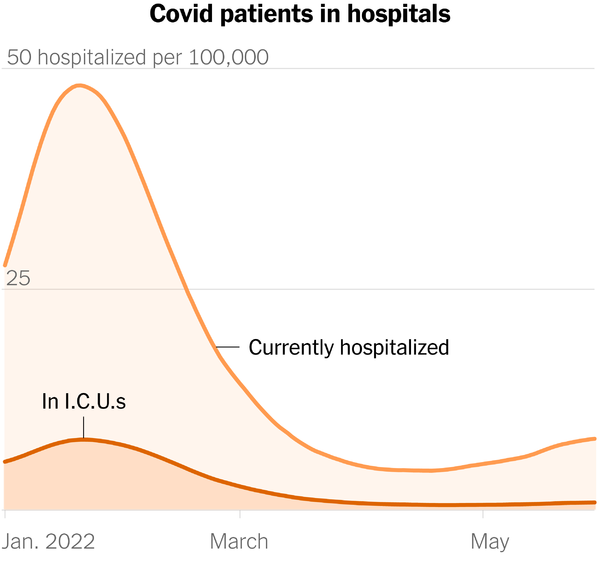 So far, a lot of discussion has focused on mask mandates. Schools in Philadelphia; Providence, R.I.; Berkeley, Calif.; and Brookline, Mass., have reimposed theirs, as have several colleges. Elsewhere, some people are frustrated that officials, like New York City’s mayor, Eric Adams, have not done so.

Critics have accused these leaders of a lack of political courage, saying that they are yielding to Covid fatigue rather than imposing necessary public health measures. But I think that the criticism misreads both the history of public health and the recent scientific evidence about mask mandates.

The evidence suggests that broad mask mandates have not done much to reduce Covid caseloads over the past two years. Today, mask rules may do even less than in the past, given the contagiousness of current versions of the virus. And successful public health campaigns rarely involve a divisive fight over a measure unlikely to make a big difference.

From the beginning of the pandemic, there has been a paradox involving masks. As Dr. Shira Doron, an epidemiologist at Tufts Medical Center, puts it, “It is simultaneously true that masks work and mask mandates do not work.”

To start with the first half of the paradox: Masks reduce the spread of the Covid virus by preventing virus particles from traveling from one person’s nose or mouth into the air and infecting another person. Laboratory studies have repeatedly demonstrated the effect.

Given this, you would think that communities where mask-wearing has been more common would have had many fewer Covid infections. But that hasn’t been the case.

In U.S. cities where mask use has been more common, Covid has spread at a similar rate as in mask-resistant cities. Mask mandates in schools also seem to have done little to reduce the spread. Hong Kong, despite almost universal mask-wearing, recently endured one of the world’s worst Covid outbreaks.

Advocates of mandates sometimes argue that they do have a big effect even if it is not evident in populationwide data, because of how many other factors are at play. But this argument seems unpersuasive.

After all, the effect of vaccines on severe illness is blazingly obvious in the geographic data: Places with higher vaccination rates have suffered many fewer Covid deaths. The patterns are clear even though the world is a messy place, with many factors other than vaccines influencing Covid death rates.

Yet when you look at the data on mask-wearing — both before vaccines were available and after, as well as both in the U.S. and abroad — you struggle to see any patterns.

The idea that masks work better than mask mandates seems to defy logic. It inverts a notion connected to Aristotle’s writings: that the whole should be greater than the sum of the parts, not less.

The main explanation seems to be that the exceptions often end up mattering more than the rule. The Covid virus is so contagious that it can spread during brief times when people take off their masks, even when a mandate is in place.

Airplane passengers remove their masks to have a drink. Restaurant patrons go maskless as soon as they walk in the door. Schoolchildren let their masks slide down their faces. So do adults: Research by the University of Minnesota suggests that between 25 percent and 30 percent of Americans consistently wear their masks below their nose. 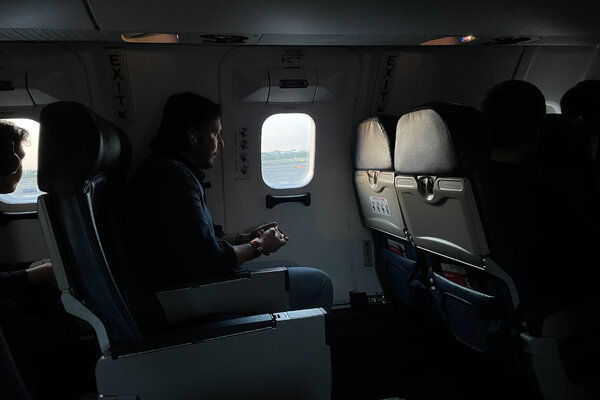 “Even though masks work, getting millions of people to wear them, and wear them consistently and properly, is a far greater challenge,” Steven Salzberg, a biostatistician at Johns Hopkins University, has written. Part of the problem, Salzberg explains, is that the most effective masks also tend to be less comfortable. They cover a larger part of a person’s face, fit more snugly and restrict the flow of more air particles.

During an acute crisis — such as the early months of Covid, when masks were one of the few available forms of protection — strict guidelines can nonetheless make sense. Public health officials can urge people to wear tightfitting, high-quality masks and almost never take them off in public. If the mandate has even a modest benefit, it can be worth it.

But this approach is not sustainable for years on end. Masks hinder communication, fog glasses and can be uncomfortable. There is a reason that children and airline passengers have broken out in applause when told they can take off their masks.

In the current stage of the pandemic, there are less divisive measures that are more effective than mask mandates. Booster shots are widely available. A drug that can further protect the immunocompromised, known as Evusheld, is increasingly available. So are post-infection treatments, like Paxlovid, that make Covid less severe.

(For young children, who are not yet eligible for the vaccine, Covid is overwhelmingly mild, similar in severity to the flu.)

Continuing to expand access to these treatments can do more to reduce Covid hospitalizations and deaths than any mask rule probably would. “People have the wherewithal to protect themselves,” Dr. Robert Wachter, chair of the medicine department at the University of California, San Francisco, told me. Absent a much larger surge in Covid hospitalizations, he added, the case for mandates is weaker than it used to be.

Dr. Aaron Carroll, the chief health officer of Indiana University, recently wrote for The Times’s Opinion section: “Instead of continuing to bicker about things that have become hopelessly politicized like mask mandates, those in public health could focus on efforts that might make much more of a difference.”

The available data also suggests that more than half of Americans have had Covid in the past six months, making many of them unlikely to contract it again now. As Jennifer Nuzzo, an epidemiologist at Brown University, told Vox: “Many of the people who are not wearing masks have already had Covid, so they’re like, ‘I’ve been vaccinated, I already had it — how much longer do you want me to do this for?’ And it’s kind of hard to say, ‘No, you absolutely must wear it.’”

The country is probably never going to come to a consensus on masks. They have become yet another source of political polarization. Democrats are more likely to wear masks than Republicans, and Democrats who identify as “very liberal” are more likely to support mandates.

Fortunately, the scientific evidence points to a reasonable compromise. Because masks work and mandates often don’t, people can make their own decisions. Anybody who wants to wear a snug, high-quality mask can do so and will be less likely to contract Covid.

If anything, that approach — one-way masking — is consistent with what hospitals have long done, as Doron, the Tufts epidemiologist, points out. Patients, including those sick with infectious diseases, typically have not worn masks, but doctors and nurses have. “One-way masking is how we have always used them,” she wrote.

The same system can work for Covid outside of hospitals. Wachter, for example, believes that the time for mandates has passed but still wears one at the supermarket, in classrooms, on airplanes and elsewhere. Different people can reasonably make different choices.

Yes, there are two, no three, big things missing there. One is the more recent information about the limited protection against infection offered against current variants by vaccines and prior infection. The second is Long Covid, which is real, common, and often highly debilitating. Vaccines (and probably antivirals, but that’s not clear yet) again offer limited protection. The third is that accompanying immune waning and immune evasion is an increase in severe disease and death among the most vulnerable, even though they’ve been maximally vaccinated.

Not around here, sadly.

“It is simultaneously true that masks work and mask mandates do not work.”

All I know is here in Mexico, the pandemic has never been declared over, masks have been required indoors in all public places, since March 2019, and compliance is really high. When I was walking to the grocery store yesterday, I’d say 50% of the people out and about were wearing masks outside, just walking on the sidewalk. It’s not a big deal here. I believe vaccination rates are higher too. I don’t know anyone in Mexico with COVID right now. Official numbers (admittedly probably underreported) have the national daily death rates for the month of May in the teens and twenties.

I could probably count 20 Americans I know personally who have had COVID in the last month. No one in our family has gotten COVID, but I know quite a few Americans who’ve had it three times. I wonder if in addition to masks, the fact that almost nowhere has any kind of central air/ heat and buildings are designed to be ventilated by fresh air. Most restaurants here are essentially covered patios. Markets where people do most of their shopping are outside. There is no mall or movie theater w/in 4 hours. All that to say there are so many factors besides mask compliance that come into play. But it sure seems to me like masks do something.