A Psalm of Asaph.
1 God has taken his place in the divine council; in the midst of the gods he holds judgment:
2 “How long will you judge unjustly and show partiality to the wicked? — Selah
3 Give justice to the weak and the fatherless; maintain the right of the afflicted and the destitute.
4 Rescue the weak and the needy; deliver them from the hand of the wicked.”
5 They have neither knowledge nor understanding, they walk about in darkness; all the foundations of the earth are shaken.
6 I said, “You are gods, sons of the Most High, all of you;
7 nevertheless, like men you shall die, and fall like any prince.”
8 Arise, O God, judge the earth; for you shall inherit all the nations!

As for the questions -

divine council; in the midst of the gods, what is Asaph talking about?

I said, “You are gods, sons of the Most High, all of you, who is speaking, God or Asaph? and to whom? I suppose God to the divine council full of gods?

If it wasn’t for the Lord Who quoted from Psalm 82 (John 10:34) I am left with the impression that Psalm 82 isn’t Scripture but full of Polytheism. Not that John makes it more clear. At least not for me.

Anyone who can decrypt the divine council full of gods ?

Tough passage. I think it shows how we have to take scripture in its cultural and literary context to make sense of it. In looking at my study bible’s notes, it states the psalm was written in the context of a polytheistic culture where perhaps there was still acceptance of minor gods, and with Jehovah God being head of a council with the under gods and angels serving Him. We see other references to that in the OT. The Psalm is also addressing the rulers of the day who were thought to be representatives of God on earth, something that continued to be referenced in the NT. The reference in John was of course Jesus using scripture to refute the arguments that Jesus was blaspheming.
It is indeed hard to integrate that will our current understanding of God and angels and such. Perhaps indicates that while God is unchanging, our understanding of him is not as it appears Judaism and Christianity evolved as well.

It is a theme in several parts of the Hebrew Bible (Old Testament). One of the other major occurrences is the opening of Job.

Part of the way to begin to think about it is to try to imagine ourselves in those times, those places and those cultures, (i.e. not our times, not our places and not our cultres), where the emerging faith of the people was taking shape against a massively polytheistic set of surrounding cultures.

The Bible Project also talks about this exact subject. The Divine Council / Hosts of Heaven. We see this scene painted several times throughout the scriptures. But before starting that I think it’s important to realize this is a psalm. It’s a song/poem. It’s not written as doctrine necessarily. It’s based off of potential biblical truths but does not mean this particular use of that truth is meant to be taken as doctrine.

Here are a few places where the heavenly hosts show up.

1 Kings 22:19-23
New American Standard Bible
19 And Micaiah said, “Therefore, hear the word of the Lord.I saw the Lord sitting on His throne, and all the [a]angels of heaven standing by Him on His right and on His left. 20 And the Lord said, ‘Who will entice Ahab to go up and fall at Ramoth-gilead?’ And one spirit said this, while another said that. 21 Then a spirit came forward and stood before the Lord, and said, ‘I will entice him.’ 22 And the Lord said to him, ‘How?’ And he said, ‘I will go out and be a deceiving spirit in the mouths of all his prophets.’ Then He said, ‘You shall entice him, and you will also prevail. Go and do so.’ 23 Now then, behold, the Lord has put a deceiving spirit in the mouth of all these prophets of yours; and the Lord has declared disaster against you.”

So in that psalms it’s painting a picture of Yahweh among his angels.

Listen to the podcast episode "Spiritual Warfare." In this episode, Tim and Jon walk through the big ideas of the divine council and spiritual warfare.

Thanks guys, that was helpful.

Michael’s book: The Unseen Realm: Recovering the Supernatural Worldview of the Bible

Which is directly opposed to Walton’s demonology. A rather curious development for me was seeing how different Walton and Heiser are about this. And I know Walton is highly regarded at Biologos, so I wonder if those who speak about Psalm 82 in it’s polytheistic culture, which is different from our culture, take Walton’s view that demons are not personal entities.

It is the poetic license of poetry. It imagines the God of Israel speaking to the gods of other nations and religions, criticizing them for favoring the wicked. Thus He says they are without understanding and will die like men (in many cases they are men). And thus the God of Israel is over all the nations.

I said, “You are gods, sons of the Most High, all of you , who is speaking, God or Asaph? and to whom? I suppose God to the divine council full of gods?

Jesus speaks of this passage

His answer to your question is that God is speaking to those who read the scriptures. And I would say by reading scriptures, we have an inheritance from God and are thus His children to some degree.

Walton’s view that demons are not personal entities.

To more accurately represent Walton’s view consider these quotes Heiser references from Farrar’s review in the Journal of Theological Studies:

“A central methodological claim is that the Bible does not affirm the content of references to its cognitive environment. Thus, since “all of the Bible’s statements about demons or similar creatures” are such references (p. 18), the Bible affirms nothing about the existence or nature of Satan or demons.”

“[The Waltons] further argue that even if demons exist, biblical references to them are no more an authority on demonology than biblical references to ostriches are on zoology. They then offer detailed background on spirit beings in the Bible’s cognitive environment(s), focusing especially on “class II” spirits that are neither gods (class I) nor deceased humans (class III).”

“Third, the authors are unjustifiably minimalistic about the theological significance that New Testament writers assign to Satan and demons when referencing these ideas. For instance, they repeatedly insist that passages describing Christ’s conflict with Satan and demons are Christological affirmations and affirm nothing about the diabolical and demonic opponents.”

“There are, therefore, some shortcomings in the authors’ treatment of the New Testament. Nonetheless, they have offered a strong biblical-theological critique of a fundamentalist hermeneutic that sees every such reference as a source of propositional truths about the unseen realm and recipes for spiritual warfare. Their book challenges all would-be biblical theologians to be consistent and contextual in their hermeneutics. More than that, it does much to illuminate the contextual background of biblical passages about demons and related ideas.”

Over the past two years Dr. Heiser has been asked a number of times to respond to the book Demons and Spirits in Biblical Theology: Reading the Biblical Text in its Cultural and Literary Context, by John H. Walton and J. Harvey Walton (2019). The...

Their challenge to biblical theologians to have a consistent hermeneutic is to be questioned.

Their argument is Jesus and scripture authors present a false belief of the cosmos as a framework for teaching about the plans and purposes of God?

I like John Walton, and like Heiser, would recommend his other stuff. This is just perplexing, even Heiser is confused by how they can read the relevant NT passages, and walk away with this view.

I’m also interested in Keener’s view on Walton about this. While they collaborated on the Cultural Backgrounds Study Bible, I can’t find anything specific from Keener.

Yes, it is perplexing. For example, Keener on Matthew’s gospel clarifies his perspective. Academically he can do that but it requires us to compare and contrast other theological positions, always. Keener himself warns us of “scholarly imagination.”

Although I have exercised severe restraint in making redactional observations due to this commentary’s focus and length and the potentially competing for literary or theological explanations for most changes Matthew makes in his sources, one important social-rhetorical pattern has emerged. Where possible, Matthew has made Mark’s Jesus “more Jewish.” That is, where Mark adapted Jesus to a broader (more “universal”) Greco-Roman audience, Matthew consistently re-Judaized Jesus

I do wonder if Keener and Walton ever talked about how the “Bible elsewhere calls this ruler over the realm of evil spirits “Beelzebul” (Mark 3:22), i.e., Satan.” 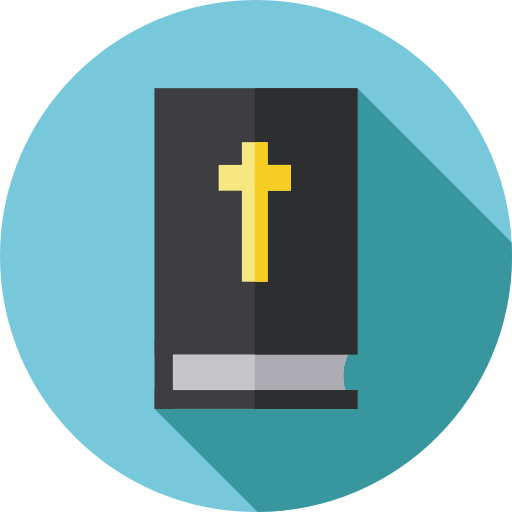 The Dead Sea Scrolls present every human action as caused by either the Spirit of Truth or the spirit of error (which the scrolls identify at times with Satan). But were they right? Biblically, God is omnipresent and sovereign, but Satan is not....