So I watch “professor Dave explains” physics videos sometimes on YouTube as I like to browse and see how others are introducing and explaining physics to help hone and refine my own techniques in the classroom (including edx courses). I always enjoyed his videos but I happened to stumble across a debate he had with Kent Hovind.

Ungracious insults abound on both sides and Dave largely poisons the well in the introduction and it was largely a rhetoric battle. I though PDE’s first introduction was solid overall (8 minutes) but he talked too fast and there was no collegiality.

Beyond this I laughed a lot. I can tell Dave has never debated with a literalist before as he had no idea how to deal that never ending hill they apologetically retreat up, he has not seen many of their rationalizations and he certainly is not a fan of the Bible. 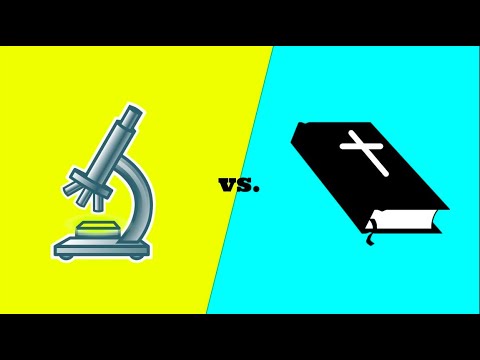 All in all this was a hilarious (probably simultaneously sad in some contexts) train wreck of a debate. Kent was accused of having an imagination but his response did make me burst into laughter: “You are the one with imagination. You think a protist became a whale and a pine tree.” Some of the lines were hysterical: “A singularity, whatever that is.”

Almost unwatchable. Hovind is quite a blabberer. The first guy’s initial presentation was interesting but went by at break neck speed. Unfortunate that Dave seems to fold what all Christians think into what this one blabberer says. But you’re right this is an exceptionally bad example of debate. It is funny but also aggravating.

Its interesting to see the thinking pattern at times but yeah, I never watched a Hovind debate before. I didn’t imagine he could be this popular and have debates with so little substance.

At 56-57 minutes Ken tries some clever rhetoric. That part of the discussion made me smile. But yeah, I can see how it is hard to watch.

I though PDE’s first introduction was solid overall (8 minutes) but he talked too fast and there was no collegiality.

Hovind is fond of using the Gish Gallop.

Well I did agree with him wholeheartedly when he said that, “I don’t think a paternity test will show we all come from a rock.”

Not even the rock of ages?

I haven’t watched this yet, but I imagine it’s just awful. And Kent Hovind is the worst creationist ever, combining YEC with a bunch of conspiracy theories. He has served 9 years in jail for income tax evasion. He’s also been convicted of domestic violence against his estranged wife. He claims to have a PhD but that’s not true. Other than that, he’s a really fine fellow…

btw, the National Center for Science Education recommends that scientists not debate creationists, because it gives creationism a veneer of legitimacy.

Hovind is the worst creationist ever,

Of those who get a lot of notoriety I would have guessed Hamm would be the one. But you’re absolutely right. That prize goes to Hovind by a mile.

Of those who get a lot of notoriety I would have guessed Hamm would be the one. But you’re absolutely right. That prize goes to Hovind by a mile.

Ham is more influential, but Hovind’s views are more fringe (even in comparison to something that’s already fringe).

I’ve absorbed more than a lifetime’s worth of Hovind’s rhetoric already, so I have no desire to see it on display again – not much has changed, just the addition of a few more conspiracy theories. I have heard him share anecdotes about debates he’s had with “evolutionists,” usually carefully curated into soundbites that made him sound like he knew a lot more than they did – something I never really questioned much as a kid.

But he’s also become “low-hanging fruit” for people who depend on mockery and put-downs in order to get views. Doesn’t sound like there’s much redeemable here.

I’ll probably eventually watch. But I’m so burned out on YECist at the moment. But it always happens after debating with them for a month or two on Facebook every winter. It does let me stay aware that sometimes in a debate, it’s not necessarily that debate that lead to anger but was a build up of dozens in a short span.

What came off from it for me was just how little he seemed respond to anything this Dave actually said. I’m no fan of debate under the best of circumstances but I cut it way short just the science guy’s slide show and then the beginning of Hovind’s first turn speaking. That was more than enough.

I guess we all have challenges in life. Aren’t you happy to be on this side of that one? My own brush with church was early, brief and that was that. Of course I understand it can be a good experience too.

Yeah, I think with a “fringe” debate, the participants are already so entrenched in different worldviews that they’ll be talking past each other no matter what. I doubt any of their regular viewers are learning anything edifying at all, but I’d be glad to be proven wrong on that.

I am glad to have moved on from that. Sometimes I’m nostalgic about the certainty though – of being able to just listen to someone and believe they were right about everything because they were on “my side.”