Recently, there has been found in Great Britain a pre-Celtic human corpse which would have had dark skin and blue eyes according to scientists. It is believed that these were our original Britons. The Celts would later come, conquer these people and change Britain. As a British American, I find this bit of information worth discussing. I hope that scholars in the United Kingdom will chime in on this interesting topic. God bless us all. 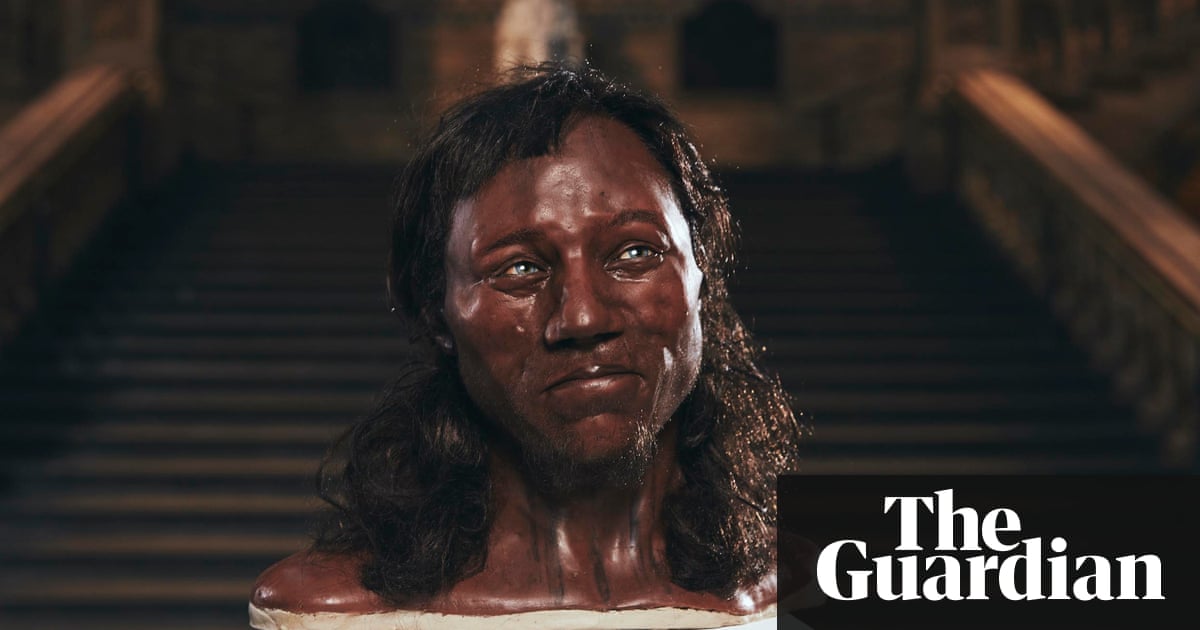 The genome of Cheddar Man, who lived 10,000 years ago, suggests that he had blue eyes, dark skin and dark curly hair

Saw this earlier. Interesting, but just as plausible as anything else pretty much.

I want to thank you for sharing this. I tried to get a Link; however, I could not get my system to work. I have no “bugs”; therefore, I don’t know what happened.

It’s hard to tell with these computers sometimes! I spend altogether too much time on one and have developed a certain competency in getting what I want as a result.

Very interesting. Fodder for lots of speculation. I, for one, though, am keenly awaiting the discovery of Mozzarella Man.

I like that one. I had a big laugh.

I’m waiting for the crazy Afrocentrics to get on board with this.

Very interesting. Fodder for lots of speculation. I, for one, though, am keenly awaiting the discovery of Mozzarella Man.

You’re grating on my nerves.

I’m waiting for the crazy Afrocentrics to get on board with this.

Who are the “crazy Afrocentrics” that you have in mind, and what’s crazy about them?

(Don’t worry, not trying to get too far off topic, but I think this could be germane to science-faith and Cheddar Man discussions to ask.)

You’re grating on my nerves.

You guys keep getting paneer and paneer! (Punnier and punnier? ok ok it was a stretch, but I had to keep the cheesy puns going somehow…)

I do believe that this guy is not from Switzerland since he doesn’t look like Swiss Cheese.

Old Joke about school geography test: “No Smith, the Cheddar Gorge is not a double-decker cheese sandwich.”

The cheese actually originated in the village, and is still made there. And it’s a lot better than what gets made elsewhere. Big manufacturers don’t do it Caerphilly enough, so it’s no Edam good.

Maybe there was a Stilton man at one time.
The european legend of the brownies could be a leftover trace of early encounters with a dark-skinned group of humans. I saw no mention of this possibility on a quick search, but I don’t think anyone thought that the earliest europeans might not have been white.

I was watching Nova last night, and the recovery of the 13,000 year old remains from the underwater cave in Mexico. as an aside, cave divers have to be the craziest/bravest people around. I get claustrophobic thinking about it. (link to article about same: https://www.scientificamerican.com/article/ancient-bones-reveal-girl-rsquo-s-tough-life-in-early-americas/ )

It struck me how there is so much inferred in these cases with so little evidence. You have to work with what you have, and in such cases you don’t have much. In science and especially in medicine, it is often stated a “series of one is series of none.” Meaning, of course, that you do not know if the one finding is an anomaly or is representative of a greater whole.
That said, it is fascinating to see what has been discovered, and to muse on what may be. Hopefully, further finds will surface and add to our understanding.

In his history, H.G. Wells does mention a dark race of people in ancient Britain. However, were they like the cheese fellow, he does not say. God bless.