Hello all, I came across this article in the NYT and recalled several conversations here from some time ago. I thought some might enjoy it. Merry Christmas to everyone 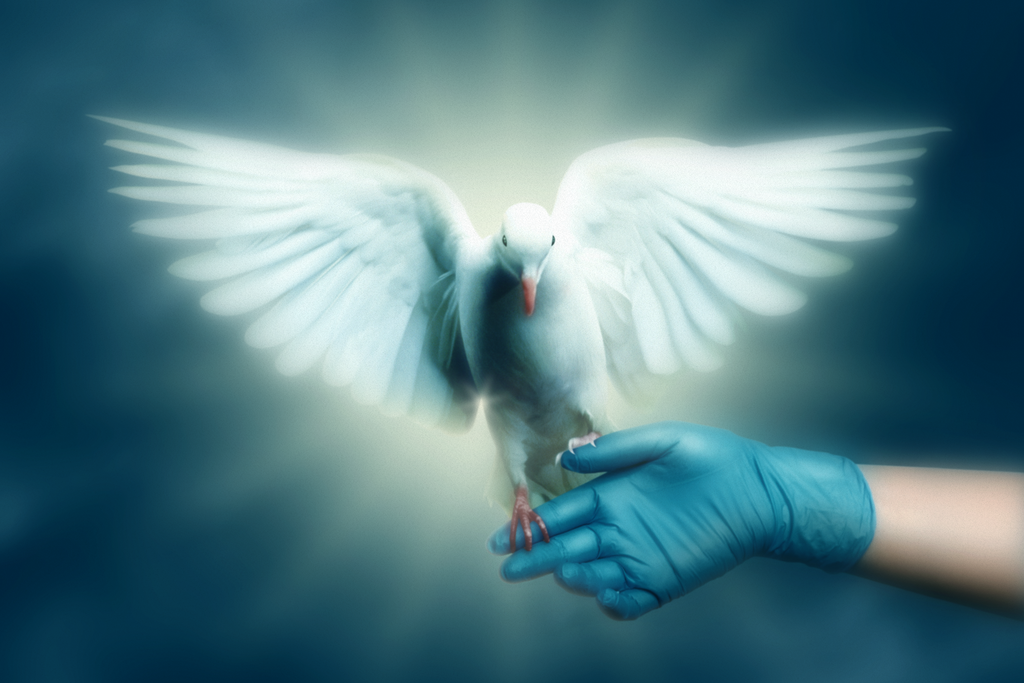 A neuroscientist who believes in divine intervention is trying to document it. He is not alone.

You think you can put God under a microscope?

For this reason, whatever “proof” you think to find will never satisfy the standards required by science. God is not a part of mathematical space-time structure of the universe by which measurements and scientific methods are possible.

If I could read that article, that would do.

Not that there’s any point.

If a miracle occurred it would need no proof. I wouldn’t need to prove it. If you have to prove it, you can’t and it’s not a miracle anyway.

This man knows nothing.

@Klax and others, if a paywall is blocking you then this ‘gift’ link should be good for 30 days. (I think it is good in the UK – let me know if it’s not, not that I can do anything about it. I’m just curious.)

A neuroscientist who believes in divine intervention is trying to document it. He is not alone.

But is there any evidence that would persuade a nonbeliever that God was behind it — that we do not live in a closed system in which all causation is a matter of natural laws?

No. Jesus said so explicitly in the parable of Dives (the rich man) and Lazarus:

Miracles can happen too without breaking any natural laws, only spectacular timing and placing – even Jesus calming the storm on the Sea of Galilee was one of those. A man in a boat said something (to the storm!) and it became ‘completely calm’.1 What natural laws were broken? Cause and effect could not be ‘proven’.

Special providence is like that too, as evidence demonstrates, although some foolishly say that it is laughable that God is a loving Father who is sovereign over time and space, timing and placing. My nephrectomy does not demonstrate miraculous healing, but it most certainly does demonstrate God’s providence (especially for my wife, since I don’t want to leave her here without me, not that I’m not ready or that God wouldn’t take care of her, but it would be tough on her! ; - ).

1 (And they had to row… all the rest of the way, demonstrating that faith and trust can be easier than not. ; - )

2 Likes
Pithy quotes from our current reading which give us pause to reflect
Klax (The only thing that matters is faith expressed in love.) December 26, 2022, 12:23am #6

Thanks Dale. It’s worse than I thought. Dembski. I ask you. If my dead were raised, I’d believe. How could I not. Jesus’ hyperbole in His allegory isn’t true. I’d know for certain that there was the supernatural. But then if the power that was raising the dead concurrently said something vile, I’d know it was infinitely worse. And I’ve encountered many people in the world’s sixth wealthiest nation that need a miracle as much as any Nigerian or Mozambican needs glasses or hearing aids, and never get them. What’s God trying to prove? And I’ve heard missionary stories from devout missionaries, three to me personally, and they were desperately sad. Because none of them could actually lie to me. Which is what it would have taken.

Jesus’ situation at the Last Supper was desperately sad too. (We could try and make a comparison of scale for tragic circumstances, an exercise of sorrow, but it wouldn’t buy us anything.) The Son of God demonstrated what our mindset should be, not focusing on the evil, but giving thanks, eucharisteo in the moment, existentially. He knew there would be a better morning and new day. Not that I am excited about William James (more sorry for him), but a valuable idea adapted from him is that we make a continuous moral choice in what we pay attention to. It is a moral act every moment when we are awake (or an immoral one). George Müller would not leave his morning devotions until he was happy in God (you remember him, incarnational Geo.? ; - ).

For this reason, whatever “proof” you think to find will never satisfy the standards required by science. God is not a part of mathematical space-time structure of the universe by which measurements and scientific methods are possible.