Hi. As an OEC, are there any OEC forums you guys recommend?

I’m not aware of any that are specifically OEC rather than EC. Reasons to Believe is old-earth, but I don’t see any forums on their website. TalkOrigins has a list of creation vs. evolution discussion elsewhere on the web but it looks like most of the links are broken at this point: The Talk.Origins Archive: Discussion Sites

In general since OEC is essentially the same as YEC , same denials in general just typically adding more time to the same beliefs, their forums often work for y’all.

Though I don’t know of any either m. Perhaps Facebook groups? Or stack exchange or Reddit maybe?

"Old Earth Creationists" is a closed group conceived as a "safe haven" for OECs to address issues of science apologetics without having to deal with in-house challenges and objections from non-OECs....

How is OEC essentially the same as YEC? I didn’t get your point friend.

OEC and YEC typically rejects evolution as described by the scientific community. OEC still usually claims mankind did not evolve, and that God had to do special creation events throughout time. Just instead of it all happening 6k years ago like YEC the OEC typically falls back to some kind of gap day theory where the special creation moments occurred at different points.

But both typically rejects evolution and especially human evolution. Both typically falls back to the same ID arguments to describe something complex that could not have developed on its own and they both tend to use the same “ flood geology “ arguments. It’s kind of like if YEC rejects 80% of commonly accepted earth sciences then OEC rejects like 60% of it.

“they both tend to use the same “ flood geology “ arguments.” OECs do not hold to Flood Geology since they hold to both sudden and immediate catastrophic geological changes on earth. Flood geology is used by YECs to explain vast deposit of fossil and all sort of geological formation. They reject Death before fall to account animal death and fossil explanation to Noahic flood. OEC accepts death before fall. They maybe essentially identical in supporting God as creator who didn’t use evolutionary process and advocation in common designer rather than common ancestor.

Not in my experience. Not growing up knowing people in it and definitely not with my current interactions with them. If you’re an outlier of them great. But in every exchange I have OEC and YEC is essentially the same. Just instead of it happening 6-10k years ago in one creation event OEC says it’s happened over the last several billion years with multiple special interventions by God under creation events. Everyone of them also has believed in a full flood that wiped out life and Noah rode it out with the his family and they see evidence of this in nature.

It’s okay friend. Yeah, I’ve been studying this particular area since 8 years and that’s why I just thought to give some remarks.

Everyone of them also has believed in a full flood that wiped out life and Noah rode it out with the his family and they see evidence of this in nature.

OEC organizations like Reasons to Believe do not promote YEC flood geology, but they do promote very concordist interpretations. So for example, Hugh Ross says that the geology doesn’t match a global flood, but the Bible teaches a “universal” flood that killed all humanity. So he believes every human except the ones on Noah’s Ark was killed in the biblical flood around 50,000 years ago.

Does the Bible Say Noah’s Flood Was Global or Universal?

I believe the flood of Noah was universal but not global. By universal, I mean that the entire human race and all of the nephesh (soulish) animals associated with humans were wiped out by the flood except for those humans and animals that were on... 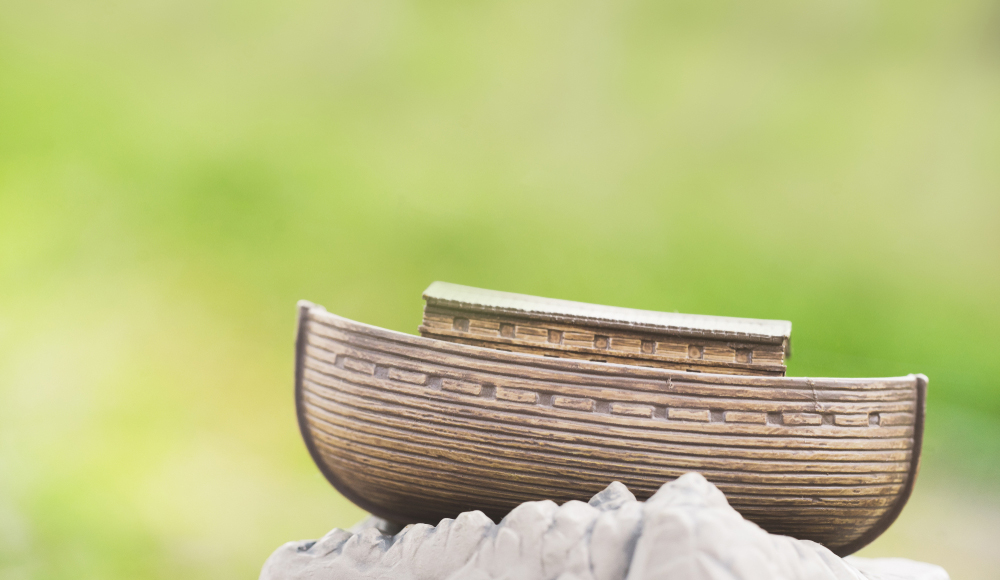 What Is the Best Date for Noah's Flood?

Question of the week: How do you respond to those who critique the Reasons to Believe (RTB) flood model by mentioning human fossils and artifacts found in Africa, Egypt, and Israel at 85,000 to 55,000 years ago show that humankind had already spread...

I think the main point @SkovandOfMitaze is making is that both YEC and OEC Christians prioritize concordist, literalist interpretations and have to do some real gymnastics to make those interpretations fit with reality. YECs often just say science is wrong. OECs claim to accept a lot of scientific facts, but they mess around with dates and propose imaginative, purely speculative connections to isolated concepts from history or science to make the Bible describe events ideas the original audience would have had no knowledge of. And when they don’t like the science (as is the case with evolution) they fall back on very similar arguments as YECs.

They may not promote it but everyone I’ve talked to so far that are OEC still tend to believe in a global flood because they still typically believe in a literal global flood and seem to often cite YEC material for the flood. But as you mentioned, even if they don’t, they still do it for many other things like human evolution and go on about yom meaning day versus unknown period of time. After all a day to the lord is like a thousand years… for 99% of the arguments if the time span is left out of it you almost can’t tell a difference between them when it comes to their ID arguments.

He prefers Biblical theology than a concordist interpretation. I don’t find RTB much profound and their creation model seems very concordist. Next, OEC usually do not believe in a Global flood as they admit this is physically impossible. Read Biblical Case for the Old Earth by David Snoke. Next, thousand years is like a day was view under a traditional day/age theory but modern day/age theory generally do not hold to that notion. Esp. RTB doesn’t embrace this explanation. The explanation is typically used in Space-time relativity approach and 7000 years allotted for humanity approach where 6 days are taken as prophetic days.

I forgot this one.

The Earth. Christianity. They go together.

Not in my experience. Not growing up knowing people in it and definitely not with my current interactions with them. If you’re an outlier of them great. But in every exchange I have OEC and YEC is essentially the same.

That’s only the case if you view it through the narrow filter of concordism versus non-concordism.

If you view it from the perspective of scientific accuracy and professionalism, it’s a completely different matter. Sure, OEC interpretations can be a bit forced at times. Maybe they do jump the gun, or make claims that are purely speculative more than anything else. Maybe some of their arguments against evolution are a bit omphalos-ish. But I don’t see in OEC anywhere near the level of quote mining, fudging data, misrepresenting scientific procedures or outright making things up that I see in YEC.

There are also significant differences in how they view science in general. OEC views science as a mission field. YEC views it as a battlefield. OEC acknowledges the need for scientific literacy and critical thinking. YEC demands to spoon feed you. OEC recognises that there are rules to be followed and standards to be maintained. YEC views the rules as “rescuing devices” or as some kind of attempt to stack the deck against them. OEC views the scientific community as professionals. YEC views the scientific community as some kind of cabal of “secularists” who are not to be trusted. OEC acknowledges the Bible’s demands for accurate and honest weights and measures. YEC insists that applying those demands to them is taking them out of context.

When I was an OEC up until a few years ago, I thought that ‘irreducible complexity’ was a legitimate argument and thus that [uppercase] ID was scientific.