I’ve been binge listening to the podcast “Ask N.T. Wright Anything”. It’s been great, but, as a brand new Christian, much of the subject matter goes over my head. I am left with more questions than answers.

Can anyone recommend a good book for a first taste of Wright’s theology? It seems like Surprised by Hope might be best? He’s written so many, I thought it worth asking.

P.S. are we really sure that’s his real name??

What are the chances?

P.S. are we really sure that’s his real name??

What are the chances?

That may not be wright … right!

I first heard of him here. I’ve liked everything I’ve heard so far. I’m not a new Christian ( or any other kind) but I am a fan of wright thinking Christians.

Tom Wright and Michael Bird have an Introduction to the NT and it’s World. It is very faith-friendly but still critical enough to be acceptable. As a nee Christian this might give you a good resource for a broader set of issues you may come across.

I got NT Wright mixed up with Richard Rohr. 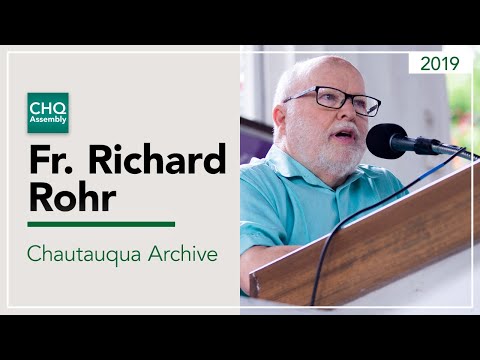 I’m sure I’ve also read NT Wright here but mostly I recall exchanging posts on a thread here with him. Rohr is probably more radical but I felt even more connected to him and he was recommended to me here by @Mervin_Bitikofer.

“More radical” is probably fair enough - to mainstream perspective anyway; though I will personally propose that Rohr might actually be less radical in how he treats scripture than what many ostensibly more traditional sorts have done with it over the last couple of thousand years (and especially post reformation … ‘getting into the food-fights era’ as Rohr might say.)

I appreciated the humor of Pete Enns (internviewing Rohr) when Enns quipped toward the beginning that Rohr “is not a very good Catholic” … being interviewed by a couple of not-very-good Protestants, Enns went on to note.

On the contrary, Introduction to the New Testament (which could have been entitled N.T. Right by N.T. Wright) works better as a reference book than “easy reading.”

Well I guess this illustrates my point about needing a “for Dummies” book. In what ways are these authors radical?

For example I often hear NT Wright talking about how wrong the mainstream is about heaven being the final destination of believers. And how actually the Bible says believers will be in an intermediate state before becoming bodily resurrected as part of a new creation on Earth.

And yet, to me that sounds an awful lot like what I hear from my baptist church or what I read in Bible Doctrine by Wayne Grudem. Is it radical? Maybe only relative to Roman Catholicism? See, this is why I need the Dummies book. Some of us didn’t grow up with this stuff.

In what ways are these authors radical?

With regard to that, I can speak more about Rohr than I can about Wright. I’ve actually read one of Rohr’s recent books (“The Universal Christ”), but I don’t think I’ve ever waded through an entire one of Wright’s tomes. I do like what I do know of him from reading shorter articles he’s written or listening to him. I imagine he wouldn’t be considered so radical as most might see Rohr. One of my Catholic friends refers to Rohr as a heretic and probably doesn’t have a high opinion of him. I don’t know how representative she is of all Catholics, but she certainly wouldn’t be alone.

If you’re interested in Rohr specifically, I can say more. But regarding Wright - my impression is that he would be considered pretty orthodox (perhaps even somewhat conservative) by most so long as they don’t mind his acceptance of evolutionary science.

It covers a broad swathe of contemporary NT issues. Well worth the read for someone who is interested in reading NT Wright (I’m assuming the name didn’t come up out of thin air for the OP). Some evangelical dialogue in there somewhere on specific issues. The New Jerome Biblical Commentary would be for more advanced readers. Wright and Bird’s intro is very much suitable to non-scholars.

He was the bishop of Durham from 2003 to 2010, for Heaven’s sake! One of the top sees in the Anglican communion.

Check NTwright’s ideas with “Systematic Theology” by Wayne grudem, and of course the bible.

@Avsec Wayne Grudem has become extremely partisan (writing a book on politics that is basically an advertisement for the Republican party and doing a revision of the RSV that is very biased toward his “complementarian” patriarchy agenda) and he has lost a lot of credibility among less fundamentalist-minded Christians. It seems he is opposed to everyone who isn’t a part of his very small good old boys club.

I would start with Surprised by Hope or Simply Christian.

Grudem’s politics do not take away from his good work in systematic theology.

It seems that he improperly corrupts the Trinity to justify also improperly his sexual morality.

What does that refer to?

There is always human interpretation. God’s Word is Jesus himself not the Scriptures. Jesus and his disciples and later writers of the NT did not interpret the OT literally and even suggest that Scripture is hard to understand and spiritual words and wisdom. From Jesus’s resurrection explanation of the Scriptures to Paul’s treatment of the OT, we all need the Holy Spirit’s help to rightfully understand God’s word to us.

As for your critique of Christy, you can review the RSV changes and do a word study and test that idea rather than simply claiming partisanship. Most of his work via books, revisions, and policy for council of biblical manhood/womanhood demonstrate this clearly.

What does that refer to?

is very biased toward his “complementarian” patriarchy agenda)

Forgive me if my wording was not as clear as it could have been. I was referring to Dr. Grudem’s advocacy of the view that women in most situations must submit to men, which Christy called patriarchal and I would concur with this label. It does not directly coincide with what we call sexual morality, although I would say that Dr. Grudem’s apparent lack of concern about ex-president 45"s sexual morality is based on his view of the inferior status of women.

There is a maxim, that says, Power corrupts and absolute power corrupts absolutely. Complementarianism based on submission gives men power over women. That power can be easily corrupting because it has no check This does not mean that it is always used in that way, but it does mean that God must have a better way that does not depend on weak human wills to protect family values of love over submission.

Dr. Grudem chose to double down on the power of the man in the family by saying that the Son is submissive to the Father eternally, and the woman must follow the role of the Son. This takes the Name of God in vain by falsely using the Person of God to justify one’s humans bad ideas.

Sweet, thanks. I don’t live in the US so I wasn’t aware of any of that. I will pray for you guys. 330 million… better get started!

I will pray for you guys.

@Russell2, thank you for your concern and your prayers, We certainly need them. God bless you too.