PNAS just published a fascinating new study on the evolution of symbolic behavior. It focuses on the engravings at Blombos and Diepkloof and has ramifications for the evolution of language, music, art, etc. A popular summary is here: 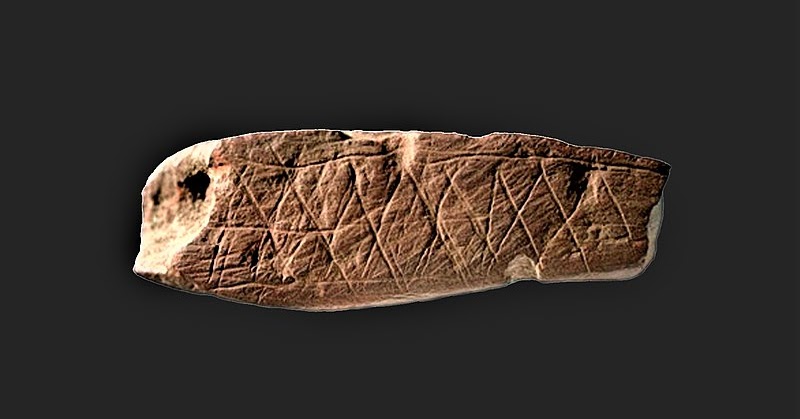 Cognitive experiments give a glimpse into the ancient mind

Symbolic behaviour - such as language, account keeping, music, art, and narrative - constitutes a milestone in human cognitive evolution. B...

Several previous studies have presented speculations on the possible symbolic function of the Blombos and Diepkloof engravings. Some have suggested that they should be regarded as fully-developed symbols pointing to distinct meanings, more or less like written glyphs. This suggestion is, however, not supported by the present study.

The study itself is here:

The evolution of early symbolic behavior in Homo sapiens

Early symbolic behavior of Homo sapiens is challenging to address yet arguably fundamental to the success of our species. We used ancient engravings from the South African Blombos Cave and Diepkloof Rock Shelter in a number of controlled cognitive...

Abstract
How did human symbolic behavior evolve? Dating up to about 100,000 y ago, the engraved ochre and ostrich eggshell fragments from the South African Blombos Cave and Diepkloof Rock Shelter provide a unique window into presumed early symbolic traditions of Homo sapiens and how they evolved over a period of more than 30,000 y. Using the engravings as stimuli, we report five experiments which suggest that the engravings evolved adaptively, becoming better-suited for human perception and cognition. More specifically, they became more salient, memorable, reproducible, and expressive of style and human intent. However, they did not become more discriminable over time between or within the two archeological sites. Our observations provide support for an account of the Blombos and Diepkloof engravings as decorations and as socially transmitted cultural traditions. By contrast, there was no clear indication that they served as denotational symbolic signs. Our findings have broad implications for our understanding of early symbolic communication and cognition in H. sapiens .

As a person that loves anthropology, I find this very interesting and how human behavior and symbolism came about. Thanks for the share.

As a person that loves anthropology, I find this very interesting and how human behavior and symbolism came about.

You bet! The interesting thing about Blombos is that it coincides with the expansion of trade networks and the likely appearance of fully-modern grammar (language in the modern sense). Diepkloof shows how the engravings evolved over time, but the truly remarkable thing is how little they changed. I put a lot of this into the context of the co-evolution of brain, language, and morality in this blog entry/podcast, if you want to learn more.