It’s summertime, and for many churches that means Vacation Bible School or VBS…I have fond memories of attending it as a child, and teaching it as an adult. It was a time for learning about the Bible, doing crafts, singing, and the like. “B” is for Bible, right?

But Ken Ham has introduced politics and creationism into the mix:

Learning about Abortion at VBS

The “Baby in a Blanket” snack is just bizarre! Soylent Green, anyone?

(This article is from Word&Way, A Baptist news site. It includes a short history of VBS.)

I’m relieved to say that the article was actually critical of the AIG materials, saying the baby in a blanket might lead to lots of kids in therapy, So there is a glimmer of hope forBaptists after all.

Things are crazier than I thought!
From the article:

"The group’s statement of faith required for employees also declares that “the Triune God” should be viewed “in the male gender with masculine pronouns,” (…) that “there is only one race of mankind — the human race or Adam’s race,” and that “the concepts of ‘social justice,’ ‘intersectionality,’ and ‘critical race theory’ as defined in modern terminology are anti-biblical and destructive to human flourishing.”

So God has a gender, does he? well, of course! how else would He have a son?
No anthropomorphism here (!#?)
And so they don’t want social justice? Weird bunch of Christians who are satisfied with injustice instead, but what do an ‘almost atheist’ (no doubt that’s what they would call me) like me knows?

Where did they get that many people from?

"AiG is building a Tower of Babel replica (since the first tower went so well) to teach about “the racism issue.”

Article does not elaborate, but I’m dreading what they would actually teach since they believe intersectionality is anti biblical and claim there’s only one race, which although sounds well meaning, more often than not is a code for denying racism exists.

Baby in a blanket didn’t shock me though, but then I was exposed to soap models of embryos at different stages as anti abortion propaganda when I was a child.

But, bet you didn’t eat them!

"AiG is building a Tower of Babel replica (since the first tower went so well) to teach about “the racism issue.”

Article does not elaborate, but I’m dreading what they would actually teach since they believe intersectionality is anti biblical and claim there’s only one race, which although sounds well meaning, more often than not is a code for denying racism exists. 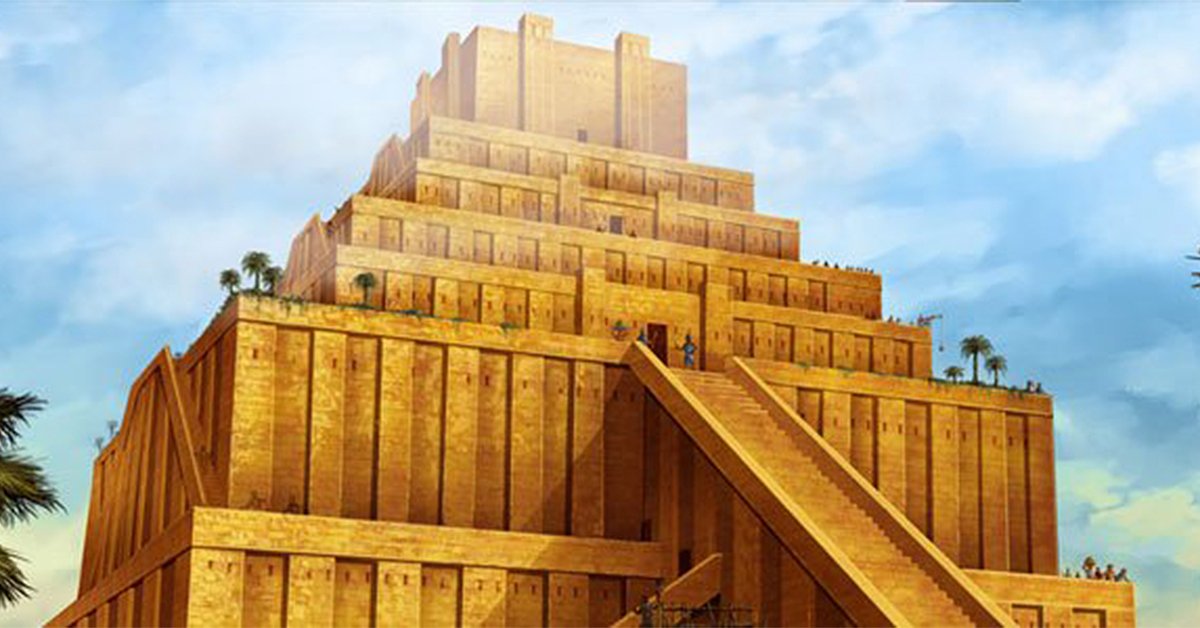 Three reasons Answers in Genesis plans to build a replica of the Tower of Babel, rightfully considered a symbol of man’s rebellion after the global flood.

“While most evolutionists are probably not racists, the philosophy they hold is inherently racist, implying that some people groups are more closely related to apes than others.”

That they even have the gall to say that!

And the article gets even ‘better’ after that!

I don’t think abortion is in itself a political issue but a theological issue. You find liberals and conservatives, atheists and religious people who all are pro or anti choice. But many do seem to be conservative.

I am not shocked that Ham brings in conservative views though. But to honest that’s the point. That’s the people predominantly going to his place. Conservative YECs. I would be shocked if he was fleshing out something different lol.

The irony of that statement.

“While most evolutionists are probably not racists, the philosophy they hold is inherently racist, implying that some people groups are more closely related to apes than others.”

The irony of that statement.

Ah but you see, it is a very good way of galvanising your support base. You take an accusation made against your tribe (ie. Racist), then you redefine the word to the point where you can turn it back on your accusers. It is actually a clever and effective short term strategy - horrible and tragic - but clever and effective.

I’m mean let’s give the man his dues, Ken Ham is a very shrewd business man who absolutely understands his customer base.

Which of course, reminds one of the Babylon Bee article that said the same thing, which I can’t find (not sure why the search function on that site is so inefficient).

From the article @beaglelady shared (Thanks, by the way):

Whatever success this creates in the political realm, it is almost certain to inflict harm on Christ’s Church. Polling last year revealed that Christians perceived overt partisanship in congregations as damaging to the church’s witness and reducing their desire to participate in church life. Conforming to the political polarizations of society ends up poisoning Christian communities, with a congregation’s witness idolatrously reduced to a partisan agenda. Many inside the sanctuary choose to leave and many on the outside decide never to enter. Gains in the world come at a cost to the soul.

These are some of the points we made in our exit letter to our pastors.
Lord, have mercy!

And just in case you thought you might have clarity about the Gospel being about the magnificent love of Jesus and the Kingdom of God, Ken has this little addition to the Gospel at the bottom of his webpages (in microscript):

Support the creation/gospel message by donating or getting involved!

I’ve always been terrible at Bible-drills, so, I’ll type out this fine verse to remember in light of Ken’s addition to the Gospel:

Revelation 22:18:
I warn everyone who hears the words of the prophecy of this book: If anyone adds anything to them, God will add to him the plagues described in this book.

And, look! There’s even a snack to reinforce the “diversity message” of Ham-based VBS:

Ah but you see, it is a very good way of galvani$ing your support base.

The s caught my attention. XD

Baby in a blanket didn’t shock me though, but then I was exposed to soap models of embryos at different stages as anti abortion propaganda when I was a child.

Not as bad as eating the babies-in-a-blanket, but still not appropriate for children.

The absolutely worst summer program for children I’ve seen is the one described in the documentary
Jesus Camp. I highly recommend it, but it will give you the creeps. In my opinion the pastor is guilty of misdemeanor child abuse.

I watched that other little youtube doc you posted about all the Jesus Theme Parks and I didn’t know whether to laugh or cry.

Ok, that (Jesus Camp video) was terrifying. I’m pretty sure I’ve shared pews with people who would feel at home at that camp. I’m grateful not to have been a part of something like it myself, though. I can’t imagine the damage, the variety of damages.

To my way of reasoning, any theology and science that remains biblically consistent across the entire Bible is a good one.
Shame TEism can’t see the obvious conflict in their deeply disorientated combination of science and very flawed theology.