Joseph Graves | The Genetics of Race

A two-part podcast special from Joseph Graves, the first African-American to hold a PhD in evolutionary biology.

In this first part Dr. Graves tells the story of his journey through higher education, which was not without hardships. Then, as a precursor to talking about the genetics, we discuss some basics of evolution and what it even means to be a species or a subspecies.

Dr. Graves tells the story of his journey through higher education discusses some basics of evolution and what it even means to be a species.

In this second part of the conversation we dig into the genetic sciences and we talk about some common misconceptions, such as whether race affects athletic abilities and what you can actually find out from genetic ancestry testing.

We dig into the genetic science of race and we talk about some common misconceptions, such as whether race affects athletic abilities and what you can actually find out from genetic ancestry testing.

The beginning of the second part of the conversation may be helpful to those who we have had conversations about race in the past couple of weeks here, and breaks down the skin color, versus societal definition of race, versus genetic diversity ideas and provides more clarity.

I’ll definitely read through the blogs and look up his books. I’m at the last bit of part one and have really enjoyed it so far. I’m really looking forward to part two. Going to save to listen to it until I’m at work tomorrow to make my painting and staining boards go by better xd.

I am always hearing such different information that it makes it hard to tell what’s what.

Such as in the end of this podcast it mentions that the mutation for blue eyes developed in the last 6-10k years. But this study on Neanderthals mentions genes for red hair and blue eyes were there thought they still probably had brown eyes but that the genes existed already and that Neanderthals went extinct 40,000 years ago. Which is quadruple the time frame they mentioned.

But I also read that all blue eyes people probably shared a common ancestor 10,000 years ago.

Only way I can think to harmonize this is by believing that Neanderthals , though with the gene mutation, when having kids with the Sapiens all kept having brown eyes since blue is recessive until it somehow later on begin to show up more and more to the Neanderthal x Sapiens offspring 30,000 years after the last couple. Maybe as it got warmer ( was it warmer 30k years ago?) the offsprings traveled back into what’s known as Europe and the genes ended up turning out to being better for that area and so it became more frequent as survivors for whatever reason in the north did better with that mutation?

It seems to all be so fuzzy at the moment.

Were Some Neandertals Brown-Eyed Girls?

The Genetics of Eye Color

The combinations of levels of eumelanin and pheomelanin production and the small differences in proteins that act as receptors, enzymes, and transcription factors in melanocytes contribute to endless variation in pigmentation.

Here’s a good video on the factors that drove the evolution of human skin color: 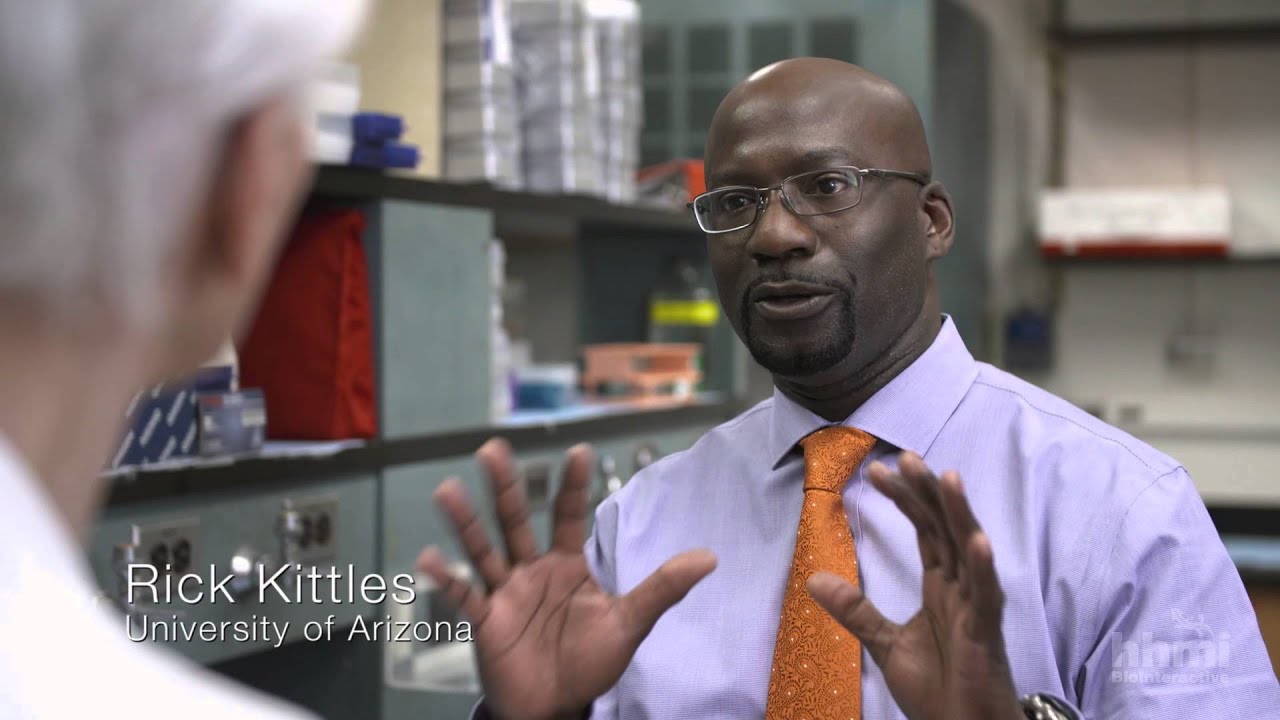 Thanks! I will watch it and read it tomorrow. I also want to get his book on race and read it. Then read the one where he said he disagreed with the guy. I guess given that science is not clear yet on if neanderthals are a separate species or not we probably also don’t know how their genes played a role with us. Or maybe we do and I’ve not read the right thing yet.

Even where there may be genetic differences that arose in specific envirionments, leading to degrees of distinction of physical apperance and even physical ability, that cannot from a Christian point of view be used as an excuse for social division, since ultimately all such divergence comes from God.

God only made one distinction in humanity that could be considered racial bias, and that was by chosing Abraham and his discendants as a means of his first revelation to the rest of humanity. It was a special status for that one special purpose. But this one divine distinction was then subordinated by His second and final revelation in Jesus Christ, who draws all races back to Himself on an equal basis (no distinction between Jew or Gentile in Christ). A church and truely Christian society cannot descriminate on the basis of percived racial differnence.

The problem has then been that because of histories of racial segregation we have even had that in the church with church congregations that are largely majority "blacK"or “white”, that is surely heresy and that churches must cease to be divided in that way. A church of one race is incomplete and remains so until others are included as He intended.

I agree. To often in USA you see churches that are not that diverse. It will be almost completely white, black, or hispanic. I’ve not seen a mostly asian or Native American church. I almost see no Asians or native Americans in churches until I get to larger cities. What’s really sad is when you see 2 churches within a block of each other that are even the same denomination but one is white and the other is black and there is almost no connection between them. But it also seems like most Americans only has friends of their race. I don’t mean have a occasional acquaintance or Facebook buddy but someone they actually hang out with and rely on each other for emotional support.

I’m guilty of that as well. My whole life I’ve only had one black friend, and still only have one black friend. We were in the army together and lived together for almost 2 years and were both in the same denomination. Though in the last 4 years we have really drifted. He lives 6 hours away and seems to have mostly moved away from his faith and got divorced and just is busy with life.

At the church I go to bow there is one black family in it and no hispanics. There was one older Asian woman that attended with her husband and they stopped coming over a year ago. I did got to the International Church of Christ in Portland though for a while and it was extremely diverse. People from all over are typically found in their congregations. When the Bible was being originally taught to me before I was a Christian it was from that church and it was two black men, a Russian guy here on a visa, a Chinese guy and a few white guys who studied with me.

While I understood that not a single cell affected eye color my main question was about the conflicting statements of it only being discovered within the last 6,000-10,000 years. But that contradicted the view that Neanderthals, if they were just another subspecies along with sapiens, had some populations with blue eyes and red hair 30,000 years prior to that.

While there may be at least 8 genes that resulted in different color eyes in Europeans perhaps it was only the OCA2 Gene that begin 6-10k years ago while other genes that could cause it was already around got at least 40k years since that’s roughly when Neanderthals went extinct except through offspring with sapiens. Unless not a single cell that affects eye color was transferred through the Neanderthals and their offsprings with sapiens.

I still need to see the video though and get the book on race by Dr. Graves.

I’ve not seen a mostly asian

Most Asian churches are centered around language. There are plenty of churches that are for a specific people group due to their language. Lots of Korean, Chinese, Zomi churches, of all denominations. But they generally do not unite under “Asian church.”

There are plenty of dynamics that go into church being the “most segregated hour of the week in America.” Including but not limited to having theology, experience, and accessibility that is welcoming/honoring to all races (including languages!).

I understand they don’t unite under a asian church. But since I’ve not seen a predominately Chinese, Japanese, Korean, or Filipino church along with any other ethnicity based congregation in USA I placed it under asian.

They’re all over! definitely also depends on where you live.

God only made one distinction in humanity that could be considered racial bias, and that was by chosing Abraham and his discendants as a means of his first revelation to the rest of humanity.

I’m afraid I don’t see how this qualifies as a racial distinction. Even in the most severe forms of Calvinism, the elect are not considered a different race, are they?! I’d caution going down the path of saying the Jews were a different race, even if it was only for a time.

Also there is the consideration that Abraham was not racially different by any use of the world. He was a man like the others near him.

It would be like trying to Jospeh a race that was different from his brothers. Jews were a independent tribe, not a phenotype. Abraham was not even Jewish. He was just a man. He’s often called father of the jews, but then so would his father have been if this was genetic thing. But it’s not. It’s not even a physical appearance thing.

Very informative podcast. When he said it was up to the white churches to address racial problems in America, what are some specific actions to which he was referring? What should we be working on?

what are some specific actions to which he was referring? What should we be working on?

In my opinion, as a POC raised in majority-white churches in America, I think it’s important for churches to 1) acknowledge their complicity in history of upholding the status quo of white supremacy (read this book for more info), 2) not be afraid to condemn racism from their pulpits and in their actions, and 3)not expect POC to show up at your church if the experience they have when they get there is synonymous with them having to fit a mold of “white church culture.”

Refeaturing these podcasts today and next week, so wanted to pump this up for further discussion! It was really interesting the second time around, I think I had a better understanding of the science on the second listen.