Is the universe conscious? 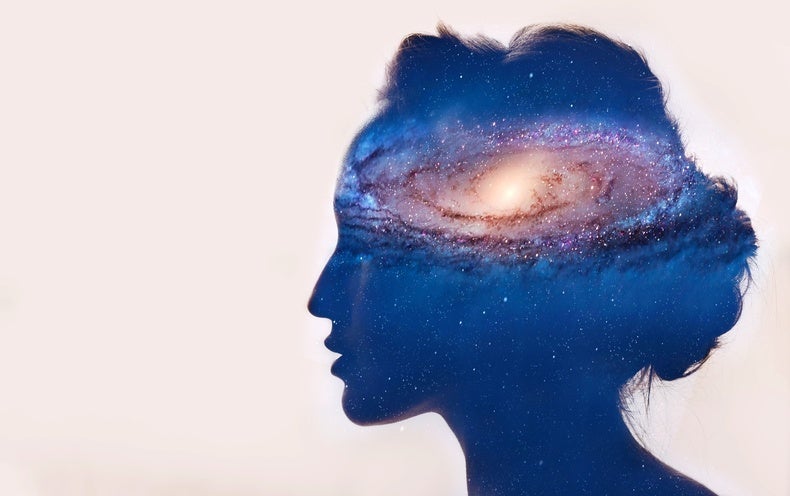 Does Consciousness Pervade the Universe?

I find the idea intriguing , I being the " gap " leaper that I am , I can’t but help think of this verse :
Luke 19:40 And he answered and said unto them, I tell you that, if these should hold their peace, the stones would immediately cry out.

I just thought it and Interesting topic for discussion and the implications in regards to Christianity .

Thank you for your post. You might want to look at the work of Don Hoffman and also Giuliani Tononi related to conscious studies. Consciousness is the key to everything everything.

What sense does Psalm 148 make ‘unless’ the universe actually can praise God in some way?

What sense does Psalm 148 make ‘unless’ the universe actually can praise God in some way?

World views are mostly held unconsciously, and they persist because they work practically.

I don’t hold the view that inanimate matter holds consciousness - but what gives me pause is this:
‘Well,’ Gillian chipped in. ‘If you study groups like the Yanomami of the Amazon, in their world view the jungle is a spirit who gives them life. So through eyes of scientific materialism we dismiss their views. The jungle is a complex environment of flora and fauna and sunlight and minerals. We understand the science, they don’t, debate over. Yet they lived in harmony with the Amazon for thousands of years, and we’ve practically demolished most of it in the last hundred. So … even if they were wrong, perhaps it’s telling us that something is missing in our own world view?’

The destruction of the Amazon has nothing to do with a scientific materialism worldview. It’s due to the Yanomami having a minimal population. If their r had been higher, they’d have had to do it too.

If we want to save the Amazon, we must buy it. A mere two trillion dollars would do it. Amazon could buy it. Raise the loan against tax. Easy.

My response was more evocative than propositional. The quoted statement reflects our blithe dismissal of their spirituality - not necessarily accepting their view but asking whether our view is better? It certainly isn’t for the Amazon.

But I don’t accept your proposition that it’s as simple as they don’t have a big population. They lived for thousands of years in harmony, they didn’t expand their population. They don’t have growth economics. Our actions in extreme exploitation of nature, suffocating everything with asphalt and concrete does reflect worldview, values, economic systems, views about ecology and nature… My point is that there’s something wrong in our exploitation of nature and the poisoning of the pale blue dot that sustains us.

Being hunter gatherers they inevitably lived in harmony. Our exploitation of nature is no less natural than theirs. We’re them with a higher r. We - that’s all of us, especially the privileged, especially Christians - are self-righteously ‘moral’. That’s natural too.

I’m not looking backwards and saying we should revert to the past - but I absolutely think we should learn to work with the biosphere of this planet. I’m not idolising cultures of the past a la Rousseau - all cultures are fallen - but neither do I accept that in our exploitation of nature we are no different. We exploit towards tipping points of extinction and destruction of this incredible web of life - at a planetary level. The science is clear around what we’re doing to climate and ecosystems.

I rebel against the kind of exploitative excesses of capitalism (I’ll name Rio Tinto this month as my winner of arrogant disregard and imbalance that occurs when profit drives the machine over any other consideration) or equally the toxic Soviet mess in places like Azerbaijan. Liberation theology didn’t accept that exploitation of the poor was ‘natural’, or those with power shouldn’t be challenged. That kind of contending is never final, but throughout history it has made a difference. But social evolution unwinds whenever you leave the powerful to themselves for a little while.

Nor does being moral or to cry out for justice or common sense necessarily make anyone self-righteous. It certainly can. But underneath, sometimes I think that’s the image of God in anyone - however distorted.

Why bother though? Speech like this was ‘not’ poetic in the ANE

There’s a good Anglo-Saxon response to that.

I very much agree with you. A more evolved human culture than has ever existed would embrace the health of the biome as the most essential measure of its own. But the alternative will be a biome that rebounds once we undercut ourselves out of the picture.

Yeah, the privileged are without excuse. Apart from evolution.