note that ours don’t align in that regard and move on with a “have a nice day”.

Coming from someone who’s one absolute certainty seems to be that nothing is absolutely certain and who does not know the etymology of the word “hallelujah”, I should be worried? Back at 'cha.

It would seem, IMO, that anyone who denies the crucifixion, death, and resurrection of Jesus of Nazareth would be the least knowledgeable person teach me anything about resilience.

That depends. Matt Chandler had something to say in this vein about the person who’s been through a difficult trial and has lost figurative or literal body parts as a result.

David Goggins also comes to mind. I don’t know if he’s a believer, and it doesn’t take away in the least from his story: 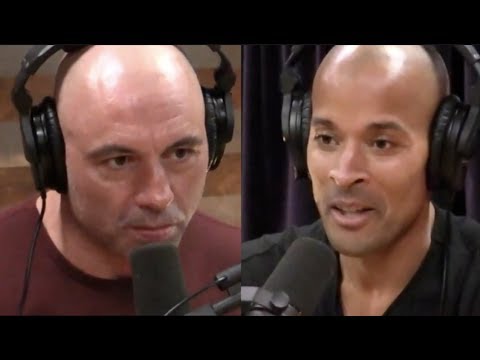 Terry,
I’ve been reviewing 3 articles and 2 books and writing replies today in two different idiolects since 06:00 EST, and it’s 14:00 EST and yesterday from 20:00 EST until 23:00 EST in another. I am not able to take on yet one more today and in banter style. I’ll check back in later, and see if this becomes clearer. Otherwise, I’m sitting this out.
Have fun.

who does not know the etymology of the word “hallelujah”,

No more than I do for shenanigans, cockamamie or flux capacitor but they find their way into my sentences nonetheless, mostly for flavor.

I’m not sure why you find this surprising.

What I find surprising is that, here in BioLogos at least, my personal attempt to find and explore the interface between “resilience” and “scripture” would seem to be “a live wire” that can generate strong reactions. Either Christian scripture has something to say about “resilience” or it doesn’t and why it wouldn’t intrigues me.

Who decides what knowledge is?

As Kendel already stated above, I don’t know where you’re going with this, perhaps you could elaborate further?

LOL!! Learn that in the Bharat School of Philosophy and Theology, did’ja?

Who decides what knowledge is?

“Knowledge” is one of those words that have broad meaning and may depend on context.
In the case of mental/physical resilience I’m not sure it’s the best choice, as it would imply that people are somehow tougher than others because they happen to know something others don’t, or at least that’s how it could be interpreted. Perhaps word “experience” would be better suited IMO.

Ishmael Beah, a Muslim, was forced to become a soldier in Sierra Leone at age 12. His story is here:
A Long Way Gone: Memoirs of a Boy Soldier

Elie Wiesel a Jew, survived the horrors of Auschwitz.
His story is here: Night

(Some conservatives have tried to ban books about the Holocaust from school libraries. What a travesty!)

The 12 kids and their coach, who were trapped in a flooded cave in Thailand. Their story of survival is incredible. They were Buddhist. For their story, see the move 13 Lives, streaming on Amazon Prime.
Or watch the NOVA program called Thai Cave Rescue

So you believe that any and all suffering and death atones for the sins of humanity and reconciles us to God and is instructive and teaches resilience, i.e. strength, adaptability, and perseverance, and trust in God?

So you believe that any and all suffering and death atones for the sins of humanity and reconciles us to God and is instructive and teaches resilience, i.e. strength, adaptability, and perseverance, and trust in God?

Please show me where I said that.

Ladies first: Show me where I said all non-Christians aren’t resilient.

Ladies first: Show me where I said all non-Christians aren’t resilient.

Let me remind you that I was responding to this comment of yours:

Terry says the least knowledgeable person to teach Terry anything about resilience, would be someone who denies the crucifixion, death, and resurrection of Jesus of Nazareth.

Where in that pile of words did you think I was saying anything even vaguely similar to “non-Christians know nothing about resilience in secular terms.”

I didn’t say that you claimed non-Christians know nothing about resilience. Stop moving the goal posts.

Try it again, then. Tell us just as exactly and precisely and carefully as you can what "

And so your initial response remains unexplained, meaningless, and irrelevant. Must have been bored when you made it.

Interesting how often you evoke it from me. And yet you return again and again for more, kinda like Bharat.