How old were Mary and Joseph?

I’m a convinced deist and cradle Christian who is exploring Christianity again. The question of Mary and Joseph’s age, especially Mary’s, when the angel Gabriel appeared to her has been bothering me as of late. I understand that the Bible does not offer many clues. If you look online, the most common answer seems to be that Mary was extremely young - 12-14 years old, although others says she was 15-20 or even an older woman like Elizabeth. I have three questions:

Hi New1, and welcome to the forum. I’m glad to hear that you’re exploring faith and hope you find some good resources on this site. You’re right that the Bible doesn’t offer many clues about Mary’s and Joseph’s ages – we mostly have to go by what is known of tradition at the time. You’ve probably already seen it, but here’s a section from a Wikipedia article that discusses Jewish traditions around marital age.

It sounds like marriage usually didn’t take place at a young age or include large age gaps, but I can see why the fact that Mary was only betrothed rather than married can make us wonder. Ultimately I trust that God took care of the details, and since he chose Mary for the task he made sure to equip her and Joseph for it as well.

Realistically with the time and era of it and what was the age of consent of the time, my best guess would be between 16-30.

It is all speculation of course, but read where Joseph may have not been an older man, but probably did die before Jesus’ ministry, which was not that unusual in that day.

I don’t know how researchers arrived at the idea that Mary was a young teen, but if she was, that would not be atypical in many majority world cultures, even today.

I do language development work in a native American indigenous community in Southern Mexico. Indigenous towns are not under Mexican law, much like native American reservations in the US are considered sovereign in some ways.

Even today, it is common for the indigenous girls to marry around 12 or 13, and many become mothers within a year or so. Unlike in some cultures where young girls are married off to much older men, here the boys often get married at 14 or 15, as soon as they can do a man’s work in the fields. The couples are very young, but they are culturally considered adults not children when they marry. The local church has pushed fathers to keep their daughters home until 15 when they will statistically have safer childbirths and have a chance to complete compulsory education (not that anyone checks to enforce that the teens are in school), but outside the church some girls are sold into marriage as young as 9.

All this to say, some girls hit puberty before their teen years. Minor/adult distinctions in modern society are not based on puberty, they are culturally determined ideas. There are genetic as well as environmental factors to the onset of menarche (in other words, it is not just nutrition that affects things).

It seems to me that deciding it is not right for 13 year olds to have babies is a subjective cultural assessment. I agree that in developed countries, 13 year olds are children, and shouldn’t have babies. But things work differently in other places. Psychological development is not completely tied to physical biology and cultures vary widely on what they expect from adults (and consequently, how realistic it is for yound teens to meet those expectations) and how and when they prepare children for adulthood.

Thanks! Could you provide your reasoning?

I doubt that Mary was child married at 12m God forbid! I’m just putting out my best guesses of when a women would probably be seen as “mature” and be given into marriage. Of course I am ignorant of what the people of Judea would have seen as a proper age for marriage so I’m honestly just projecting at this point with stabs in the dark in how they would have thought of it.

There is a very good book about the family life of Mary and Joseph, including the early years of Jesus that I can suggest to help answer your question. 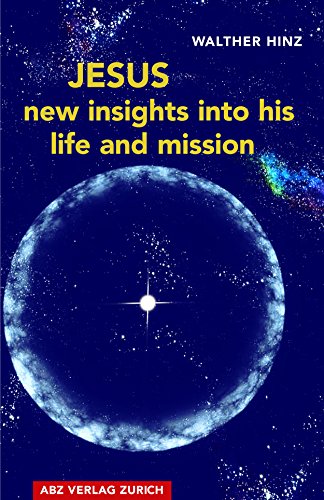 Jesus – New Insights into His Life and Mission

Shared via Kindle. Description: The only begotten Son of God became a human being, became a man, and there is a reason for this immensely important world-historic event. Without knowledge of the circumstances, the life and mission of Jesus remains a...

You cannot compare Mary to an aboriginal tribal member though. She was from a well to do Jewish family who travelled to her cousin’s house to prepare for the birth of John. It is not clear how old she was, but certainly not a teenager.

Mary was taught by the angels for a long time, preparing her for raising Jesus as a child. There was much preparation to insure His safety from all the forces which sought to hinder Jesus’ mission. Joseph and Mary knew each other for a number of years before Jesus was born, because he too needed to know his role.

Thank you! That looks like a wonderful book! Perfect for Advent.

Is it only available for Kindle?

I would take that book with a heaping teaspoon of salt. Note that it represents a view far from the mainstream of orthodox thought and Christian belief.

It is only in Kindle in English. I use the kindle app on my phone and Mac to read them if you do not want to buy a kindle. As @jpm says, this is not orthodox Christianity. The virgin conception and trinity doctrines are responsible to the destruction of the normal human life that Jesus and His family led. Because how could the mother of God have more than one child who was not God? You are right though, it is the perfect advent read.

Because how could the mother of God have more than one child who was not God?

Different dad perhaps? But I have no idea how these doctrines actually changed Jesus’ earthly life especially since they were developed more fully after he was gone from the earth physically.

Such arguments don’t make much sense to me and steer me away from such a read personally. Glad you enjoy it though.

Dear Matthew,
For me it is not an argument but a matter of critical thinking. Today in any supreme court ruling we have a judge writing a dissenting opinion to preserve the evidence presented against the final ruling. We don’t have this for any of the councils. The outcome of a council was to declare anathema and then anathema was destroyed. There are no dissenting opinions of the judgments of these men, just the claim of divine providence.

As a critical thinker, I like to read dissenting opinions because I know that men are not always right.
Best Wishes, Shawn

I am sure we can’t know how old Mary and Joseph were, but if I were betting I would choose a number of 16 or higher for Mary and older for Joseph.

There may be some minor relevance in this passage:

13 This is what each one who is registered shall give: half a shekel according to the shekel of the sanctuary (the shekel is twenty gerahs), half a shekel as an offering to the Lord. 14 Each one who is registered, from twenty years old and upward, shall give the Lord’s offering. 15 The rich shall not give more, and the poor shall not give less, than the half shekel, when you bring this offering to the Lord to make atonement for your lives.

Registration and associated tabernacle support began at 20, which may be an indication of the time to be considered adults.

Certainly many teenager girls are mentally and physically capable of raising a child with the help of a good husband like Joseph.

Some of that book may come from the tall tale known as the Protoevangelium of James.

The Gospel of James, also known as the Protoevangelium of James, and the Infancy Gospel of James, is an apocryphal gospel probably written around the year AD 145, which expands backward in time the infancy stories contained in the Gospels of Matthew and Luke, and presents a narrative concerning the birth and upbringing of Mary herself. It is the oldest source to assert the virginity of Mary not only prior to, but during (and after) the birth of Jesus. The ancient manuscripts that preserve the Th...