How exactly do you see the origin of life? Do you think it just popped into existence, came from natural causes, or something else?

Hello! I’m a student with a random question: how did you envision the origin of life? There’s going to probably be differing answers but I’m curious on what you guys think. I’m just trying to get a grasp on what each person thinks because I have conflicting thoughts on the topic itself.

As I said somewhere else here recently (I have good reasons to believe in God’s providence, even down to the molecular level),

Since I am [an ex-OEC and now an] ‘evolutionary providentialist’, I am not particularly concerned with abiogenesis. God, in his providence and sovereignty over timing and placing could have zapped the necessary precursors with cosmic radiation and then again the resultant intermediates and then whatever (I am certainly not pretending to have a clue about the sequence).

I have no science chops so hopefully you’ll hear from some who do. Also, I’m not a theist. Nonetheless I find every movement toward more complexity and freedom -such as the movement from inorganic chemistry to life- absolutely astoudning. The second law of thermodynamics would lead one to expect things to become disordered over time and yet that is not what has happened. Not only the emergence of life but also of cells, and multicellular life and then the emergence of consciousness as the cognitive function becomes complex enough. What is it about the cosmos which makes it swim upstream against the current of entropy? I don’t call it God but I find it awe inspiring.

And MarkD, things are becoming more entropic over time just fine. There is nothing unnatural about it. All decrease of entropy happens in open systems where the entropy extrinsic to them is increasing. Just step in to a vacuum and see what happens to your entropy. Disorder drives order.

Well entirely natural of course but somewhat counter intuitive and wondrous would be this critic’s review.

Abiogenesis is a much less settled field of inquiry than evolution is. Some scientists could step in here to elaborate on what some of the leading hypotheses about that are - I won’t try to do that myself here either, since I’m not one of them, and we have yet to hear from any. But I think it fair to say that this field is still mostly in the realms of plausibility (with some evidence, to be sure) rather than what can be known about later life development which has tons more evidence associated with it.

Better start by defining what life is?

I think that definition may (or perhaps already?) prove to be a “slippery critter”. That’s just my intuition talking based on where reality has so often gone as soon as we settled on hard and fast categories. E.g. is it a planet … a planetoid; is it a gas giant? a failed star? Or our desired delineations between species which significantly gets blurred as we learn more. We love our categories - as well we should because they are useful to have and to help us organize; as long as we realize that our categorizations are mostly of our own making, and not necessarily nature’s or God’s making.

All that to say … while we can all claim with a fair amount of certainty that an iron nail is not living, and a platypus is living stuff … that doesn’t mean that all things back to the abiogenesis events themselves would be nearly so easy for us to parse out. I suspect it will be like the misguided effort of me trying to identify the one day I learned to read. Even though I can read now, and most certainly couldn’t as an infant, nonetheless that one singular transition day still fails to exist as such.

In other words you don’t know what the definition of something that you are trying to understand how it started? That seems a slippery slope!

Welcome to our little corner of the internet.

I think God created life. I think there is a good chance that at some point, scientists will be able to propose a model of how life emerged from non-life by “natural processes,” but since science can not speak to God’s involvement in a natural process, this would not rule God out as the creator, it would just help us understand the mechanism of creation. But maybe they will never figure it out because it was a supernatural miracle for which there is no natural explanation.

In other words you don’t know what the definition of something that you are trying to understand how it started? That seems a slippery slope!

There have been significant developments recently in abiogenesis which you can find by looking up such things as “metabolism first” theories and “prebiotic evolution.”

To put in a nutshell, the universe is full of self-organizing phenomenon. Under the condition of the early earth it has been demonstrated that a number of organic chemicals would have been formed including nucleic acids. And thus we can expect to find any number of chemical cycles where these chemicals interact. Such chemical cycles can form self-organizing systems which adapt to changing environmental conditions until they give rise to systems of storing information about what they have learned in something like RNA or DNA as well as the formation of the various components of what we call the cell. The scientific research I pointed to above is seeking to iron out some of the details of this.

Ah, I see! This is really interesting, I can definitely see this as a likely possibility, thanks for sharing

Personally, I’m not a theist, yet I believe that this could be possible. I also agree that this is maybe something that we can’t understand, but instead accept and move on

BTW What Christy and I posted are not hostile to each other. Christy liked my post, because as she said, she doesn’t see science as ruling out the role of a God as creator. And I like her post because I also see God as creator.

Though in my case I am a little more specific in saying that God is best described as shepherd, teacher, or parent (and other examples where life is created) rather than as a watchmaker or intelligent designer. I don’t see God as designing us with all kinds of flaws just so that we can experience all the pain and suffering of horrible diseases. Instead I think that the whole point of creating life (which is by definition a self-organizing process) was for God to have a relationship with others who have a life of their own – making their own choices from the ground up as a participant in their own creation.

I usually also point out that we do not grow, learn, evolve, and make our choices (i.e. self-organize) in a vacuum, so it does not mean there is no shepherd, teacher, or parent involved in the whole process as a participant also. Rather than these diseases being part of some grand design of God, they are a natural part of the whole process of life itself. In overcoming them with modern medicine we are not going against God’s design, but precisely the opposite. God created life as something which is all about finding our own solution to such problems.

Lol. A dog is a dog and a cat is a cat and what they are has nothing to do of how they came about.

You might benefit from looking at some of the origin of life work from Bruce damer.

Still I think it is more important to know what life is?

Here’s a talk by Bruce Damer and Dave Deamer that I think summarizes a lot of what goes into beginning to answer the question from a few years ago: 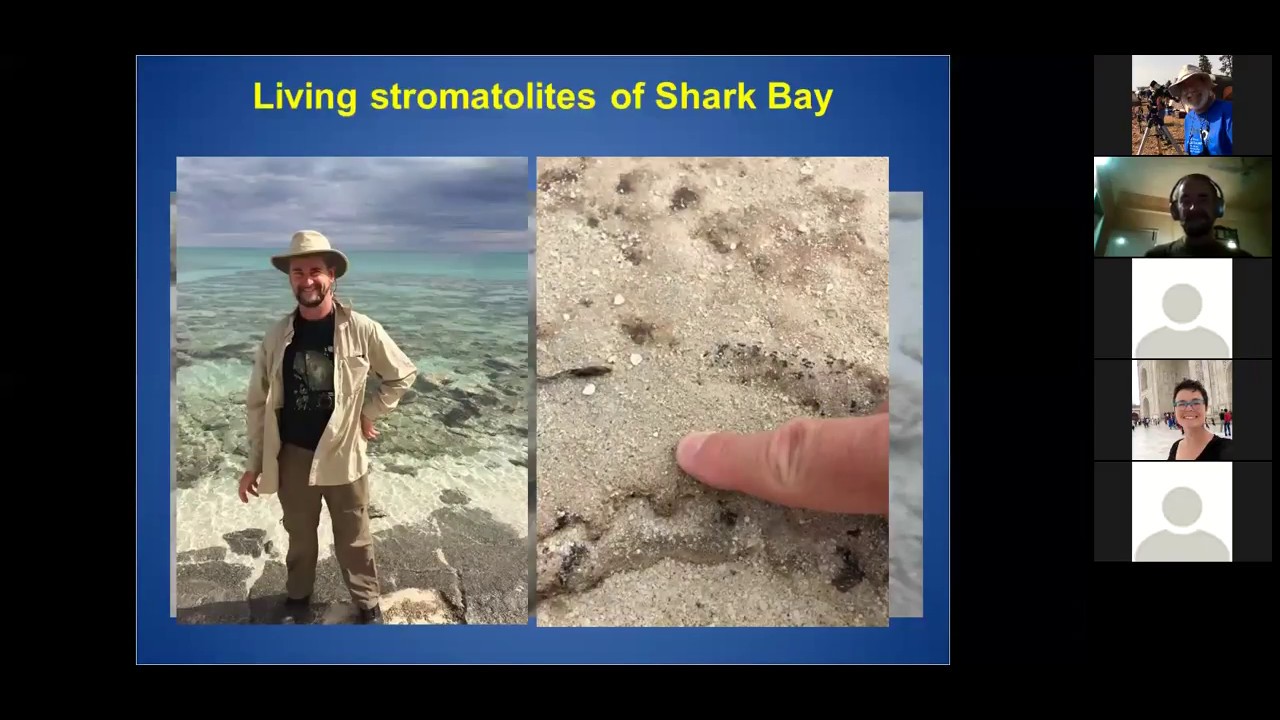 No. “dog” and “cat” are words in a human language associated with arbitrary categories much like lines drawn in the sand. Among the thousands of mammal species there are some with features from both of these categories and thus somewhere between the two like the many species of Mongoose or the Fossa in Madagascar.

what they are has nothing to do of how they came about.

Also completely wrong. What they are has EVERYTHING to do with how they came about. The most central part of what they are is their DNA and this is a cumulative history of changes to what they are with some of what they have been still there and capable of being reactivated in a descendant.

Lol. Mitchell I totally agree with you. I was restating what Marvin was saying. I should have put a couple question marks at the end.