How did language begin?

Dan Everett (a well-known linguist) is publishing a book “How Language Began?” in which it is clear that he claims that language began with Homo Erectus. I haven’t read the book, so I don’t know how controversial his claims are. However, I imagine it could have some bearing on the thinking concerning when hominins were considered “human”. Although I am a linguist, I am not that familiar with claims such as this one. Is this old news, or is it something that would be an interesting trail to follow?

Cool, thanks for posting. I can’t speak specifically to the book (being a physicist) but it is being released on my birthday! I’d love to get it and check it out. Sad story about the author though from wikipedia:

Influenced by the Pirahã’s concept of truth, Everett’s belief in Christianity slowly diminished and he became an atheist. He says that he was having serious doubts by 1982 and had abandoned all faith by 1985. He would not tell anyone about his atheism until the late '90s; when he finally did, his marriage ended in divorce and two of his three children broke off all contact. However, by 2008 full contact and relations have been restored with his children, who now seem to accept his viewpoint on theism.

I think there’s a beauty in the story of how we got here from all disciplines and look forward to any critical responses from other linguists (which there are sure to be some!).

The best book that I found on the topic was Sverker Johansson’s Origins of Language: Constraints on Hypotheses. Matthew will be interested to learn that Johansson began his academic career as a physicist before “going back to school” for advanced degrees in linguistics. If we are talking about the very beginnings of language, as in the origins of a proto-language, then wherever it began, it had to be in a common ancestor of both Neanderthal and H. sapiens, so erectus seems as good a candidate as any.

I know the author a bit. He writes a lot on Facebook, which is why I know about the book. I asked if he could expand a bit on his theories, but he predictably suggested that I buy the book! He likes controversy, so I expect there will be some reactions!

BTW, most linguists don’t start as linguists, I was a mathematician first.

Years ago I read in a Jared Diamond book his opinion that relatively recent development of verbal skills in Homo sapiens was intrinsically tied with our notable intellectual development. I always thought it was a compelling idea. He seems to still think the same:

“If some creature had come from outer space 150,000 years ago, humans probably wouldn’t figure on their list of the five most interesting species on Earth,” he says. Then, within the last 1% of our evolutionary history, we became exceptional, developing tools and artwork and literature, dominating the planet, and now perhaps on course to destroy it. What changed, Diamond argues, was a seemingly minor set of mutations in our larynxes, permitting control over spoken sounds, and thus spoken language; spoken language permitted much of the rest. 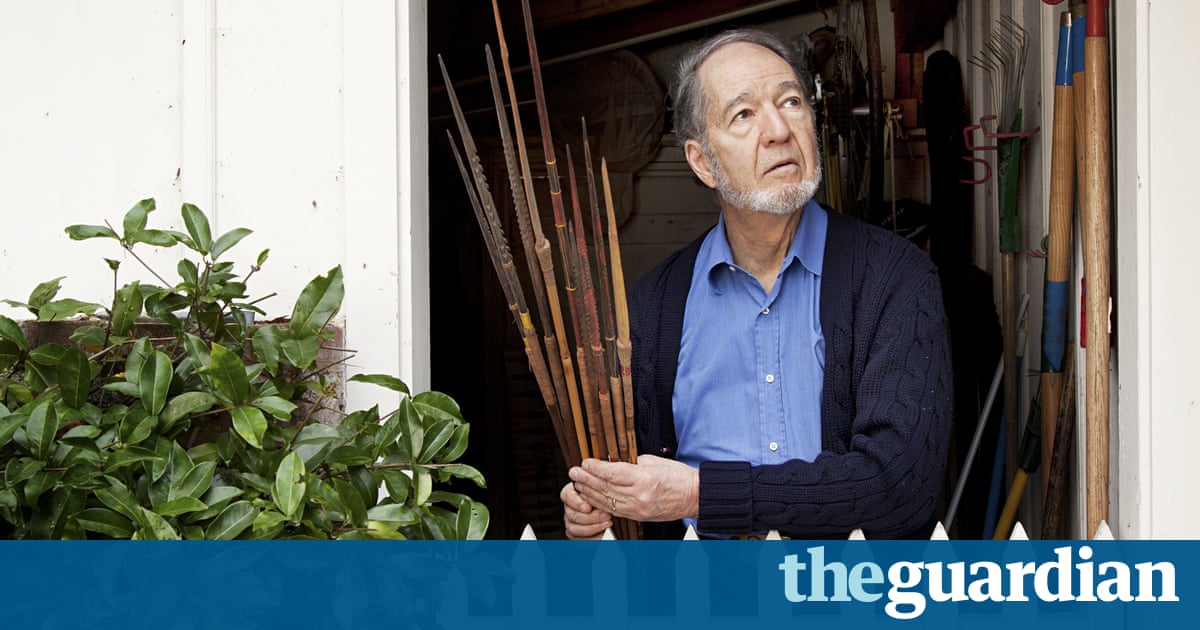 Dan Everett (a well-known linguist) is publishing a book “How Language Began?” in which it is clear that he claims that language began with Homo Erectus

@Mazza_P
@John_Dalton
If one wants to include ‘proto-languages’ in this category, one could go further back on the evolutionary tree than Homo erectus. The dividing lines between the various language phases seem fuzzy to a non-expert like me, but to you linguists out there, there must be some measure of information content that would serve. A few years ago Scientific American ran an interesting article on the Campbell’s monkeys of the Ivory Coast who have a vocabulary of several alarm calls, each referring to a different danger. Over a large geographic range, hok referred to an eagle, and hearers were alerted to look overhead, while krak referred to a leopard and their attention should be focused on the ground. However the authors did note that there were a few areas where different ‘dialects’ held sway. But, for these monkeys,there appears to be severe limits, both on the amount of useful information that needs to be transmitted, as well as on the vocal mechanisms available in a monkey’s throat that are needed express them. In the case of a Homo erectus, these limits might not have been so severe, but still the level of communication was likely much lower that what most of us would term as language.

Most anthropologist will admit that it is difficult to extrapolate from human artifacts or from brain cases, just how effective vocal communication was between the Neanderthals or between the early Homo sapiens. Burials with grave goods for an afterlife and sculptures of animal-human chimeras is evidence of abstract thought, but exchange of such ideas may have taken place long before such artifact appear in the record. Jared Diamond is one of many famous anthropologists who ascribe the sudden appearance of modern human behavior, the Great Leap Forward, to the invention of language–both the ability of the brain to conceive of abstract ideas but also the ability of the vocal chords to modulate the sounds necessary to convey them. So…welcome to the Noosphere, as Teilhard would say.
Al Leo

What I expect Dan is going to say in his book is that all animal communication is at present not considered to be language - for two main reasons: The vocal apparatus does not have enough versatility (though some birds clearly do as they mimic humans), and more importantly, animals don’t have grammar. Certain ones can be taught a set of about 200 ‘words’, but they can’t then rearrange them to produce new concepts. So, the job of the linguistic historian is to somehow demonstrate that these two things have been overcome by Homo Erectus. I am not sure how you prove this (given that they probably didn’t write speech), but I am sure Dan gives it a good shot. On the other hand, Dan is no fan of Chomsky and that may mean his definition of language is different. I’m intrigued to find out!

True. On second thought, I’m not sure erectus had the proper vocal apparatus to produce speech. There was some controversy a few years back about Neanderthal’s ability, but the discovery of a Neanderthal hyoid bone, so far found only in Neanderthal and H. sapiens, settled that issue. Because of the hyoid bone, most point to Heidelbergensis as the first “speaker,” since it is a common ancestor to Neanderthal and us. Dan also has to jump the hyoid hurdle, somehow.

Yes that is a very good point.

Yes, but those languages arose in the context of already existing languages, as did every modern language. I’m certain that our species would have developed a sophisticated way to communicate without speech if the larynx had never dropped or the hyoid bone evolved. It’s interesting to speculate what form that might have taken, but the research that I’ve seen, which admittedly isn’t an exhaustive survey, invariably ties the origins of language to these physical changes, which allowed humans to produce such a wide range of vocalizations. As to whether they are correct to tie the origin of language to the spoken word, I’m afraid that question is far above my pay grade.

[quote=“Mazza_P, post:1, topic:36315, full:true”]
Dan Everett (a well-known linguist) is publishing a book “How Language Began?” in which it is clear that he claims that language began with Homo Erectus. I haven’t read the book, so I don’t know how controversial his claims are. However, I imagine it could have some bearing on the thinking concerning when hominins were considered
"human". Although I am a linguist, I am not that familiar with claims such as this one. Is this old news, or is it something that would be an interesting trail to follow?[/quote]

“Language” is in and of itself, too narrow. May I assume the reference is to “Speaking” in language. then there is “body language” which may well have predated spoken language as a necessary step in the progress of communication.

Gestures and grunts certainly supplied communication upon a time, but other than giving someone the finger, gestures have lost a little in the transformation to speaking for communication.

However, I imagine it could have some bearing on the thinking concerning when hominins were considered “human”.

It creates more to fuss over … but if Washoe the chimp can use sign language, and Koko the gorilla can use plastic symbols like heiroglyphs, it’s just more grist for the eternal grinding!

Research into great ape language has involved teaching chimpanzees, bonobos, gorillas, and orangutans to communicate with human beings and with each other using sign language, physical tokens, and lexigrams (Yerkish). Some primatologists argue that these primates' use of the communication tools indicates their ability to use "language", although this is not consistent with some definitions of that term. Animal language research attempts to answer the following questions:[according to whom?]

I find it ironic that my original interest in metaphysics was to find out what I could glean from communicating non-human primates and their awareness (if any) for understanding death, an afterlife and much more.

This is ironic because it was a talk by Noam Chomsky (live at my University) that convinced me I was making a huge wager on these non-human primates for any kind of a career in science. And while I disagree with Noam (if he still disbelieves these communications are genuine language), I had to agree with him that such a career would be a gamble I was unwilling to make.