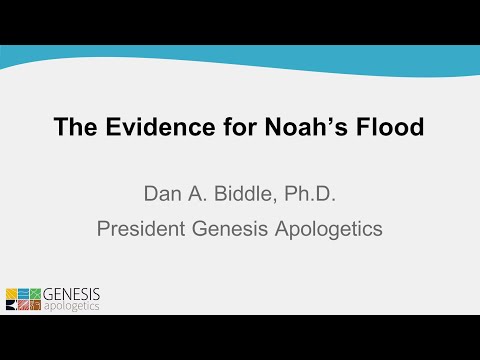 That’s a pretty long video and most people don’t have an hour to spare – could you maybe share a couple points it makes that you find the most compelling?

When recommending a video, not a requirement, but a bit of etiquette which might encourage more to watch…

A little more flesh on the bones. What about this video struck you as special compared to others? Any unique perspectives offered? A few timestamps for the more significant comments would be appreciated.

Most videos are low yield compared to written content, so I generally would not watch them without something to go on.
.

I understand there are various beliefs and opinions on this subject and that not everyone is interested. Not a problem…
For those drawn to watch it the one hour will go very fast as it contains helpful tools and information supporting the flood as global.

What’s the most compelling argument to you? The issue I think is this. Most of us already know that there was never a global flood that covered the entire earth anytime in the history of humans. Never since the time of tetrapods. Whatever arguments they have here have most likely been heavily refuted. Someone may watch it. But I imagine many more won’t. Whatever arguments they have could probably be lined out in a handful of arguments.

Here is a simple question. How many species do you think Noah had on his ark? How many species of animals do you believe existed 6-10k years ago. Or whenever y’all think the flood happened.

Ok I tried. When he got to John Sanford at the 18:36 mark and started on Genetic Entropy and how ages followed a power law curve I bailed.

The reason the ages followed a “power law” curve is because they fit the data to a generated curve and if you look you will notice some of the ages don’t fit the curve.

I jumped around a bundle to the main various points and did follow up research. I had troubles with this video especially the claims it made.

eg. Scipionyx is a “very fresh fossil” and no inclusion on how the organs were intact as in preserved and replaced by calcium phosphate.

This is way shorter (00:05:34) and honest about reality. Transcript in link below. 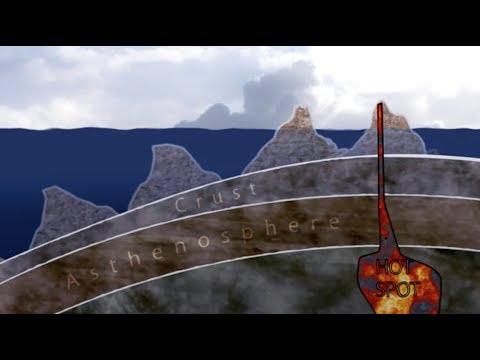 How Old are the Hawaiian Islands? - Articles

The Hawaiian Islands offer a fascinating natural laboratory to test young earth and old earth models, including the reliability of radiometric dating. Both models have clear expectations that can be compared with what we actually find in nature, and...

One thing I teach my students is pay attention to how those with contrarian positions argue their point. Do they…

A) go through the hard work of high level science and publish a series of papers that demonstrate how they are correct in legitimate peer reviewed journals and gradually win over the scientific community
B) make blogs, books, articles about how they are right and the truth is being suppressed and avoid having to prove your ideas to the people qualified to judge it

His credentials do not inspire confidence that he is well-trained in the sciences he attempts to address.

Dr Biddle is a behavioural scientist and HR consultant with a doctorate in industrial-organisational psychology. Dr Daniel Biddle - creation.com

Hi Shannon
Thank you for sharing

I understand there are various beliefs and opinions on this subject and that not everyone is interested. Not a problem…

It’s not so much that there are “various beliefs and opinions,” Shannon. It’s that there are facts, and there are strict rules about how those facts can legitimately be interpreted.

If YECs want to persuade us that the Flood was global, they need to demonstrate that they are prepared to stick to the rules before expecting us to spend a whole hour watching a video. The claims that we’ve seen from YEC scientists to date inspire no confidence whatsoever in that respect, because quite frankly they flout the rules left, right and centre. I can explain why if you like.

In any case, even if they did have a case, a one-hour video with no timestamps, comments disabled, and only a cursory description is not the best way to present their case. Just adding timestamps and links in the description to supporting material would improve things massively. For example, it would be useful to see some computer simulations with the code publicly available on GitHub for us to review and experiment with for ourselves.

For me a other big factor is even if we can look past it requiring more water than is on earth to cover it or the issue with pressure of a canopy or energy required to drop that much, or we look past the fact no one would have drowned, they would have been cooked to death. Vaporized by the mega geysers. If se look past that.

There are millions of animals. They were in the ark for between 150-370 days. Even at like 18,000 species and just two of each at 36,000 animals it would take like 75 hours a day to feed then per person on the ark. It’s impossible in every single way.

We can look at the website for Genesis Apologetics and see how vacuous their ideas are. It’s another answers in genesis. I recently viewed a video by Gutsick Gibbon, now a graduate student in paleoanthropology, where she tackles their xxxx.

As all of us in the world of Conventional Science know, there is a lot of misconception surrounding the fossil known as “Lucy”. This is an Australopithecus afarensis specimen that is nearly complete, and a VERY common target for uninformed Creationists

Let’s explore one of our relatives together under an anthropological lens, while busting some dinguses shall we?

If somebody actually watches this and comments, are you going to engage in conversation? Or is this a post-and-run?

How about Sanford’s Genetic Entropy theory?

Or using 2 Peter 3:6 to prove people that don’t believe in YEC are mockers that are doomed to Hell?

How about Sanford’s Genetic Entropy theory?

Or using 2 Peter 3:6 to prove people that don’t believe in YEC are mockers that are doomed to Hell?

Sure, yeah… have you read any Clive Barker or Stephen King on a bad day or…

I may have missed your point. If you wanted something that could be confirmed scientifically there was nothing in what I saw.

For those drawn to watch it the one hour will go very fast as it contains helpful tools and information supporting the flood as global.

If you’re open to other evidence, our late friend Glenn Morton (@gbob) was a YEC who learned geology in the petroleum industry. Here’s what he had to say (link with text cut-and-paste):

Ernie. go look up the Creation Research Society web site. You will find I published quite a bit back in the 1970s and 80s. Look up Glenn R Morton (one paper I Robert Morton). I worked in the oil industry and when I was 29 was in charge of recruiting and training geophysicists for Atlantic Richfield, which at the time employed 50,000 people, probably 1000 geophysicists. I hired geophysicists from Christian Heritage College, Henry Morris’ college. After a few years, they either left the indust…

… After a few years, they either left the industry because they couldn’t justify what they saw with what Henry taught, or they gave up the young earth. We didn’t indoctrinate them, it was the data that did it. And at the time, I was still a YEC myself. But by the mid 1980s, I threw in the towel.

The geologic data simply doesn’t support a young earth. Throughout out the geologic column, are burrows. There is one formation which which concerned me greatly, the Haymond formation of west Texas. It consists of about 15000 layers of sand and shale o

“Two thirds of the Haymond is composed of a repititious alternation of fine- and very fine-grained olive brown sandstone and black shale in beds from a millimeter to 5 cm thick. The formation is estimated to have more than 15,000 sandstone beds greater than 5 mm thick.” p. 87.
"Tool-mark casts (chiefly groove casts), flute casts and flute-lineation casts are common current-formed sole marks. Trace fossils in the form of sand-filled burrows are present on every sandstone sole, but nearly absent within sandstone beds. ~ Earle F. McBride,“Stratigraphy and Sedimentology of the Haymond Formation,” in Earle F. McBride, Stratigraphy, Sedimentary Structures and Origin of Flysch and Pre-Flysch Rocks, Marathon Basin, Texas (Dallas: Dallas Geological Society, 1969), p. 87-88

Give each layer 1 day for recolonization of burrowers the deposit would require 41 years. Haymond formation is about 1300 m and the entire geologic column is about 5000 m thick. If it was deposited by Noah flood then the math would be like this: 1300/5000*326=95 days this means 157 couplets / day. with burrows. Each day 157 times, one must have shale laid down, worms burrow into the shale and have the sand come in and fill in the burrows with sand, and the worms are never seen escaping the sand-catastrophe, so the next layer of shale must be laid down, worms burrow into it and sand fill those burrows, over and over for 95 days. There are NO shale filled burrows into the sand.

This seems impossible to do given the turbulence of the global flood. Below is what the formation looks like and notice after it solidified (diagenesis takes more than a year) it was uplifted and turned on its end.