This is a long video, but Dave Farina (Professor Dave) has a lot of lies to go through.

Nobody is lying. They’re not Trump or Putin. They grew up on Sunday school Bible stories from the Garden of Eden to Jesus. That’s a continuum. A whole. It’s all or nothing. Jesus because Genesis and back in ever increasing loops.

You would have to watch the video to see the lies. With his level of education he should know better.

They are not lying. They are deluded. Their faith is so fragile they have to buttress it with fantasy.

That happens a lot and with respect to multiple issues. Were the Pharisees lying? Only to themselves. Then there is the politician caught in adultery – “Oops, I made a mistake.” It’s hardly an innocent one though.

An insanity defense? At any rate, I’d be happy to discuss the actual video.

This is a long video, but Dave Farina (Professor Dave) has a lot of lies to go through.

Having watched the first video, even though I agreed with his central contention, I found his evident level of visceral contempt for Christianity to be off putting enough that for my part I will take a pass on future videos. Others may think he is spot on and saying what needs saying, and that’s fine. My preference is to YouTube sites by Joel Duff and Dan’s Creation Myths, which manage to deconstruct ID and creationism while maintaining a level of focus and civility.

An insanity defense? At any rate, I’d be happy to discuss the actual video.

Again, they are not insane. Faith is not enough for them.

Having watched the first video, even though I agreed with his central contention, I found his evident level of visceral contempt for Christianity to be off putting enough that for my part I will take a pass

I would agree that the attitudes expressed were off-putting, though I did not make it through the whole video. The really tragic thing is that those disdainful attitudes are to a large extent nurtured and created by the type of distortions he is commenting on.
I am conflicted in whether we are best served by ignoring as much as possible the types of bad behavior exhibited by fringe groups like DI and AIG, or if we should mount a frontal assault. At present, my attitude is to ignore when possible and attempt to find common ground, but not sure that really works. One thing that seems to change the lay of the land is that the areas that most affect the church are nationalism, sexism, racism, and social justice, all of which make evolution insignificant except in limited interactions.

the attitudes expressed were off-putting, though I did not make it through the whole video.

Neither did I, … for the same reason, I suspect. For me, the frequent “Liar, liar, pants on fire!” refrain got to be a bit mind-numbing.

We need to remember that these creationists are trying to infiltrate the public school science classroom with their bunk.

I watched some of this video…thought it might be interesting since I am not as familiar with DI ideas and philosophy and would be interested…But I got lost in the sarcasm—that is, the sarcasm of the narrator of this video. I am somewhat tired of people like the narrator accusing others of lying-- “He LIED” — something that I heard frequently from five-year-old bus passengers back in the day when I had them. You disagree with the man. That is all. Just say that. “I have another opinion.” OR “He might not have read about this or that discovery” OR …“Good thoughts but…”

Five year olds – like the girl who was outraged beyond words because her five-year-old fiance had promised to bring the pink wedding cake with him to school —He LIED —can get away with it. They do not know better. The guy doing this video is not five years old though.

There are multiple sides to most issues, and it is impossible that one side over another is lying — unless one considers one’s self — as in “the Christian equivalent of Sharia law”…

But thanks for the reference to the Doushantuo Formation…something I had not really heard of…and see below for an excerpt I got off another site.

The Doushantuo Formation is a recently discovered lagerstätte in Guizhou Province, China that is most notable for its scientific contributions in the hunt for Precambrian life. Doushantuo is of particular interest because its fossils, dating from about 565 to 590 million years ago, predate the Cambrian Explosion by at least 20 million years. The most fossiliferous zones are estimated to be 570 million years old.

Some Doushantuo fossils are so exquisitely preserved through Phosphatic fossilization that cellular structures are visible under magnification, including soft tissues of putative metazoan embryos and algae. Perhaps the most significant and still contentious finding from the Doushantuo fossils is evidence of bilateral symmetry, a key characteristic in many modern animals. Just when bilateral symmetry appears (Precambrian or during the Cambrian) is an important question in evolution. Vernanimalcula (meaning springtime micro-animal) has been suggested as the oldest known bilateral animal in the fossil record. If so, the fossils would validate the widely held view that the major evolutionary diversification of animals already had occurred prior to the Cambrian period where a explosion of metazoan life-forms apparently occurred. Other researchers such as Bengtson and Budd (2004) offer evidence that Vernanimalcula may be a taphonomic artifact produced by growth of phosphate within a spherical object such as an acritarch.

The biota of Doushantuo comprises algae, multicellular thallophytes (seaweeds), acritarchs, and cyanophytes, poriferans (sponges), cnidarians, including possible tabulate corals. Most important are the putative bilateral animal embryos. Some of these possible animal embryos apparently record the early stage of cellular division. There are also putative bilateral animal embryos, some of which appear to be in an early stage of cellular division. This is also in dispute, as Baily and co-workers, (2007) argued that the putative embryos, Parapandorian, and putative eggs, Megasphaera, could be fossils of giant sulfur bacteria similar to Thiomargarita, a bacterium so large that it is visible to the naked eye. Baily’s interpretation also provides a mechanism for phosphatic fossilization found at Doushantuo through microbially mediated phosphate precipitation by the bacteria.

Of particular interest is that putative embryos from Doushantuo Formation can be digitally dissected into their component cells, and even the sub-cellular organelles examined. The fossils bear similarities to modern organisms at early stages of development. However, they lack The absence of ectodermal and mesodermal sheets of tissue at later stages, suggesting that these animals are very primitive, and that they are preserved remains of the embryos of a stem group of metazoans.

I just came across a video from a couple years ago which purports to present serious problems for Darwin’s theory. I’m suddenly more sympathetic for non scientists who fall under the influence of the Discovery institute and other such organizations pushing scientific disinformation on what they suppose is God’s behalf. But if these guys have any science chops (and I’m basing this on few minutes worth I could stomach) you can’t tell from the comments they make. Just the same old same old. 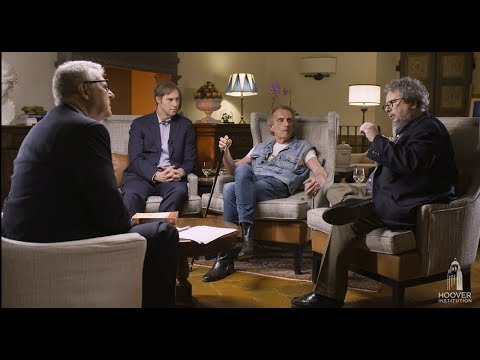