This is some months old, but I recently ran across a spectacular piece of wrongheaded analysis by Christianity Today: 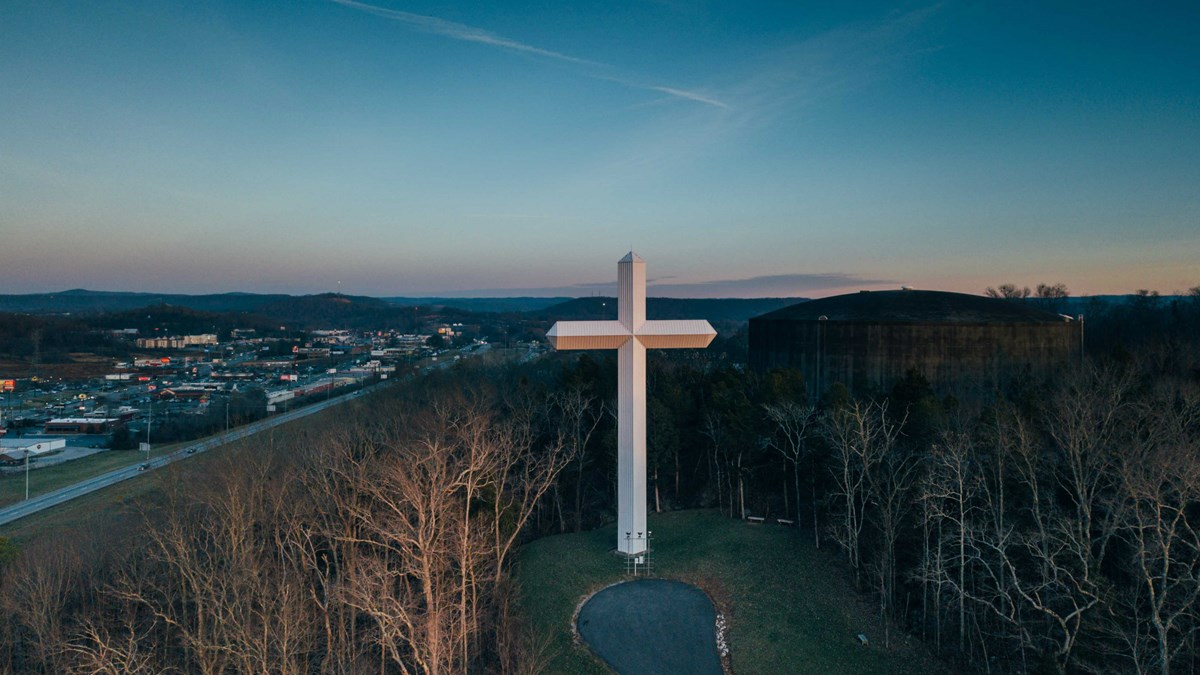 Evangelicals Show No Decline, Despite Trump and Nones

The 2018 General Social Survey reports American evangelicals holding steady amid growth of the unaffiliated—and a surprising uptick for mainline Protestants.

The article concentrates on just the last 10 years, but claims no change for evangelicals “despite Trump.” Hmmmm. For 2016-18, the biennial survey shows a drop for evangelicals, a bump for mainline Protestants, and the continued rise of “no religion.” How is that “no decline”? And looking at the past decade, I see a lot of ups and downs that add up to a general decline. Here’s the graphic from that article that I doctored up:

2018 General Social Survey w Trend Lines.jpg1200×1116 332 KB
First, notice “the change” in 1980-85, which I’ve drawn a rectangle around. Evangelical and mainline shares of the population reversed in five years. Why? Remember that this poll doesn’t reflect actual church attendance, but denominational identification. Essentially, during the heady days of Reagan’s first term and the Moral Majority, a whole bunch of people switched their religious identification from mainline to evangelical.

Practically overnight, evangelicals were the largest religious group. Since then, they have been patting themselves on the back for “holding the line” and blaming the decline of mainline denominations on their liberal theology. Nope. The change was driven by politics and culture, not doctrine and theology.

The dotted lines that I have drawn are not true trend lines. All that I did was put a dot at 1985 and connect it to the most recent survey. Even with that crude methodology, it’s not hard to see that Evangelicals have been in a steady decline for 35 years, though not as steep as the mainline denominations. We haven’t yet seen the true impact of this administration. It’s far too early to be claiming “No Decline!”

Practically overnight, evangelicals were the largest religious group. Since then, they have been patting themselves on the back for “holding the line” and blaming the decline of mainline denominations on their liberal theology. Nope. The change was driven by politics and culture, not doctrine and theology.

Very interesting graph, although the reasons behind the change are probably complex, but you may be right. Though I do recall hearing a relative of mine (who at some point switched from mainline to evangelical) lamenting how many years they wasted in churches that “didn’t teach the Bible.” Probably there are many times when culture and theological doctrine get pretty tangled up in each other.

although the reasons behind the change are probably complex, but you may be right.

Oh, sure. I completely oversimplified, but I lump the Culture War into the “cultural change” category. The conservative takeover of the SBC and Baptist seminaries was a politically-motivated power play. All of the political issues of the 1960s-70s were made into religious issues. I could detail how that happened, but it would take an hour to write and everyone would say TL;DR

We might say that for now, but I do still look forward to your book about all this.

It will be interesting how many will join the “post-evangelical” ranks in the next decade, or if they will just join the unchurched. It seems there are a fair number who are candidates for one or the other.
It seems like a big church growth field exists among those disillusioned with evangelicalism but who still want to be part of a vibrant fellowship. Or maybe not, as things are so polarized it takes a lot of time and work to develop trust.

It will be interesting how many will join the “post-evangelical” ranks in the next decade, or if they will just join the unchurched.

Here’s my “worst-case” scenario, which could come about regardless of the President’s impeachment, election defeat, or re-election: The pattern of 1980-85 repeats itself, but this time evangelicals are on the same trajectory as mainline Protestants, and there is no corresponding jump in mainline Protestants or Catholics as Christians merely “switch sides.” If evangelicals lose 8-10% in five years and “nones” pick up most of that slack, the numbers will look like this: Nones 31-33%, Other faiths 12%, Catholics 22-23%, Evangelicals 12-13%, Mainline 8-9%, Historically Black 11%, and Jewish 2%. Added up, Christians will represent a slight majority of the population, pretty near what I would call a “tipping point.”

It will be interesting how many will join the “post-evangelical” ranks in the next decade, or if they will just join the unchurched

God is certainly taking his hand off of America/the West and placing it on other nations.

The even bigger picture shows that Christianity has always been experiencing fluctuations of decline and revival like this. If true to the pattern we have seen so far, the next big revival/awakening can be expected 2070-2090. I only hope that both sides learn from the past and do not go to the same dehumanizing extremes.

The even bigger picture shows …

Good observation. We could expand the bigger picture all the way back to the dawn of Christianity, if you prefer. History shows that authentic Christianity thrives when it is outside the power structure, and declines when it is appropriated in the service of power. Does anyone see a different long-term picture?

I believe a revival can happen a lot sooner than that if churches preach the gospel and Christians share their faith, but that is no longer the case.

Revivals don’t come from pushing the same old Gnostic entitlement indulgence garbage. Furthermore, it takes time for people to lose their contempt for all the obsession with power that Pharisaical Xtians have indulged in lording it over people. Instead they have to start getting a little tired of the arrogance coming from the other side as atheists become a little too smug in their own domination of the world.

A theology which denies the historicity of nearly everything in the Gospels to which Christian life and affections and thought have been fastened for nearly two millennia—which either denies the miraculous altogether or, more strangely, after swallowing the camel of the Resurrection strains at such gnats as the feeding of the multitudes—if offered to the uneducated man can produce only one or other of two effects. It will make him a Roman Catholic or an atheist. What you offer him he will not recognize as Christianity. If he holds to what he calls Christianity he will leave a Church in which it is no longer taught and look for one where it is. If he agrees with your version he will no longer call himself a Christian and no longer come to church. In his crude, coarse way, he would respect you much more if you did the same.

On the other hand…

A theology which denies the objective findings of science (ignoring things in the Bible to do so), enslaves God with a list of things God supposedly cannot do, and making the Xtianity more suitable to those obsessed with power and more useful in controlling people, is only going to inspire contempt from people with discernment and intelligence.

Thus revival requires delicately threading the needle, to BOTH accepting the findings of science and embracing the involvement of God, the miraculous, and the spiritual. Awaking comes to religion when we cast off the grasping power of men for the generous power of God. New life comes to Christianity when love and freedom once again becomes the center, for only when our values becomes the same as God’s choice for love and freedom over power and control, can we be described as a people who have the law of God written on our hearts.

The gospel is needed more than ever in a growing idiocratic world. I pray that churches realize that and put away their silly movie theme sermon series

Not sure what you are talking about here because “the gospel” is a phrase used in different ways and I don’t know what this “silly movie theme sermon series” refers to.

The gospel is needed more than ever in a growing idiocratic world. I pray that churches realize that and put away their silly movie theme sermon series

What is desperately needed in today’s idiocratic world is a logical presentation of the Good News of Jesus, explaining in simple terms:

And, this should be done without any self promoting personalities that abuse their positions.

Why are there so many religions in the world and what does this say about God?

God and any truth of religion is to be found in the very real subjective portion of reality. It tells us that God values love and freedom rather than power and control.

Why is there suffering in the world and what do we learn from it?

Why it is important to love our enemies and how we can go about doing it?

Because the differences behind our enmity are trivial compared to the similarities behind our humanity, thus the answer to the question of how to do so lies in putting more value in our humanity than such trivialities.

What was life like before Jesus’ act of redemption and what has changed since then?

Jesus did not come to change the rules of life and thus life remains the same, what has changed is…

What does the afterlife look like for those from all walks of life?

There is no way of objectively describing the afterlife. It is creation of our own personal choices and thus fundamentally subjective. Descriptions in the Bible and by Jesus are metaphorical and homiletical by necessity. The most I can say is the following…

The world does not know logic anymore. Our society embraces logical fallacies; from politicians to journalists. “Appeal to emotion” has replaced coherent logical arguments, and anyone who masters manipulating other’s emotions will be given a voice. The gospel cuts through that.

Dear Michell,
I was not asking for superficial answers to these questions, but rather what I was suggesting is that a contrast is needed to the idiocratic world, offering consistent love, reason and logic as a respite from the pursuit of self-interest that is building in the world as pointed out by @Wookin_Panub. A place where people can find once they start their search for truth and meaning in life.

I was not asking for superficial answers to these questions

“explaining in simple terms” were the words you used and of course what you really wanted was to offer your own superficial irrational answers of reincarnation and universalism. But I wanted people to know that there are better answers to these questions than that.