Did Adam and Eve exist?

Could humanity have had its origin in a first pair, or did it have to come from a population of at least several thousand? New research describes scientific work demonstrating that it is possible for the human species to have originated with a pair rather than thousands of individuals.

My understanding is there has been a debate going on over at BioLogos for a number of months that is about whether there could have been a bottleneck of two at some time in the human past.

But many Darwinists insist the “Adam and Eve” scenario is wrong because it cannot be reconciled with human genetics.

Yet Gauger and Hössjer (links below) say an Adam and Eve model fits with the genetic data they studied.

After reading the articles…thoughts anybody?

On another thread, Dennis Venema shared this article he just wrote about it over at Scot McKnight’s blog: 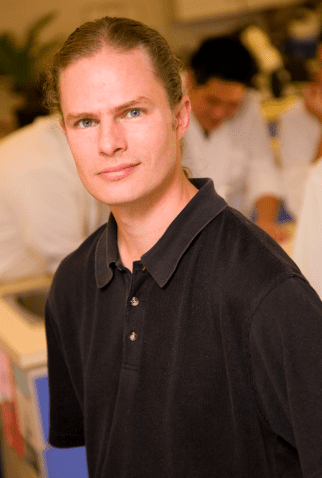 Adam -- Once More, With Feeling

By Dennis Venema. Dennis and I are co-authors of Adam and the Genome, and in this post he responds to recent news about an original couple. I’m not sure what gets your inbox pinging, but one of the things that lights up mine is folks claiming that...

The precise age of the first couple is not the main point of this study. That there could be a first couple at all is the point.

A first couple that are not Homo Sapiens and date back 500,000 years throwing the Genesis account out the window. How is this a model for Adam and Eve?

Could humanity have had its origin in a first pair, or did it have to come from a population of at least several thousand?

Depends on how you define humanity. The biological species certainly didn’t come from two people – that came from several thousand at least. But I don’t think humanity is just a biological species. It is the mind which makes us what we are and what distinguishes us from the animals. But the mind is a linguistic (i.e. memetic) organism which passes on its inheritance to the next generation not in genetics but in things we teach our children. And this inheritance I think could have come directly from God through Adam and Eve.

The problem with pushing Adam and Eve back to 500,000 years ago is that this reduces their significance to practically nothing. Civilization is only 10,000 years old so it is hard to see that they gave us anything of significance that makes the following 490,000 years any different from the previous millions of years. This is what usually happens with these God-of-the-gaps type approaches. As the gaps shrink what you can hide in those gaps shrinks as well.

A genetic definition of humanity is one which leads to racism and eugenics. It is a bad idea all around. Of course if you are clan, Nazi, or white supremecists I can well understand why you might prefer this way of thinking. But I think the only thing worse is trying to defend the idea of magically created golems of dust and bone – and God the necromancer. No thank you!

I had a similar thought about these calculations – that the mixing of two or more different populations could lead to an over-estimation of the minimum population of a recent genetic bottleneck. But I very much doubt that this can support a reduction to an Adam and Eve couple or a Noah family.

I really don’t understand all this obsession with genetics by the creationists anyway. It you are going to do magical fruit and talking animals then you might as well just wave some magic wands to make all the genetic evidence just disappear.

Adam and Eve sure looks like a good place to assume a non-literal interpretation of text to me. Almost as though they were going for a garden variety origins story.

If God in heaven chose Abraham & Sarah as one amongst many to represent His will, then plausibly Adam & Eve were also chosen from amongst many?

Such would support the Representative view

As Abraham’s righteousness has spread to all humanity, so Adam’s sin could also have done so?