Definitive Proof the Pandemic began in nature, not the lab

A whole bunch of conspiracy theorists owe Francis Collins and Anthony Fauci an apology. The pattern of cases radiates from the Huanan market selling live animals, just like an earthquake spreads from an epicenter. Screenshots and a link to one of the primary author’s Twitter threads follow.

Understanding how severe acute respiratory syndrome coronavirus 2 (SARS-CoV-2) emerged in 2019 is critical to preventing zoonotic outbreaks before they become the next pandemic. The Huanan Seafood Wholesale Market in Wuhan, China, was identified as a likely source of cases in early reports but later this conclusion became controversial. We show the earliest known COVID-19 cases from December 2019, including those without reported direct links, were geographically centered on this market. We report that live SARS-CoV-2 susceptible mammals were sold at the market in late 2019 and, within the market, SARS-CoV-2-positive environmental samples were spatially associated with vendors selling live mammals. While there is insufficient evidence to define upstream events, and exact circumstances remain obscure, our analyses indicate that the emergence of SARS-CoV-2 occurred via the live wildlife trade in China, and show that the Huanan market was the epicenter of the COVID-19 pandemic. 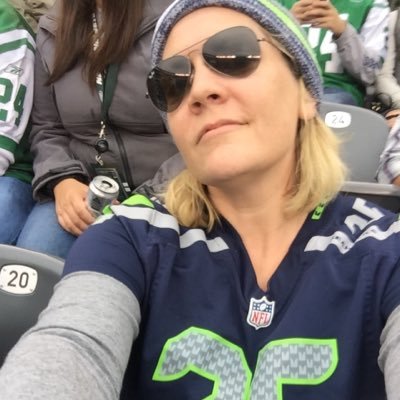 @angie_rasmussen
Where did the pandemic begin? Was it from nature or a lab? Since the start, this fundamental question has gone unanswered. Until now. Out in @ScienceMagazine: SARS-CoV-2 emerged into humans via the live animal trade at the Huanan Seafood Market. science.org/doi/10.1126/sc…

Now the hurdle becomes how to get those already invested in mis- and dis- information to take it in and be willing to understand it if they can. Let’s hope for better.

This information has been available for a while now in preprint form. So far it doesn’t seem to have had much of an effect on public perception.

Of course it doesn’t. The conspiracy has a life of its own.

It would be interesting if we could ever track down the precursor strains. Given the ease which which the virus mutates, I suspect it likely that less infectious strains may have had sporadic cases in the community for quite some time until it mutated to become what it became, perhaps in an immunocompromised host. So, the seminal event may well not be a simple species to human transfer, but rather the mutation of a strain in the community that was previously unrecognized.

This information has been available for a while now in preprint form. So far it doesn’t seem to have had much of an effect on public perception.

Sadly, you’re right about public impact. This didn’t grab my attention until today. I might have seen it before and forgotten. I don’t give a whole lot of weight to preprints, mainly because I don’t have the expertise to sort the wheat from the chaff. This stuff doesn’t register on me until it appears in major publications like Science. I bet I’m not alone in that, and I like to think of myself as fairly well-informed on science news.

I’m glad you posted this. It was reported in BBC today, too .
thanks.
Covid origin studies say evidence points to Wuhan market - BBC News

This was a fantastic explanation for laypersons. I’d love to hear a conversation between @jstump, Francis Collins, and Dr. Rasmussen on the Language of God podcast.

The conspiracy has a life of its own.

They do in general. Once started the echo chambers keep getting supportive (but unsupported) positive feedback becoming an awful and sometimes deadly howl.

I struggle a bit, because even mainline people jumped on the lab leak cause–the State Department, WHO, the President, and even the former CDC director seemed concerned about that.

These are not people we think of as being involved in a conspiracy theory. However, I can see people still feeling the pressure for blame.

from BBC, prior to this study’s release (of note, I do agree from my limited understanding that the market is most likely–that’s the way most bugs come to us). Covid origin: Why the Wuhan lab-leak theory is being taken seriously - BBC News

If the “zoonotic” theory is proved correct, it could affect activities such as farming and wildlife exploitation. In Denmark, fears about the spread of the virus through mink farming led to millions of mink being culled.

But there are also big implications for scientific research and international trade if theories related to a laboratory leak or frozen food chains are confirmed.

And confirmation of a leak may also affect how the world views China, which has already been accused of hiding crucial early information about the pandemic, and place further strain on US-China relations.

I still don’t get it. Neither scenario reflects what sounds to me like it will change the response to the theoretical discovery of either source–of course, we will still have to be careful with animals and labs to avoid leaks.

So, I still have to be careful to avoid blaming someone. It doesn’t really matter where the jump occurred. We know we have to be careful. No one did it on purpose. Realizing that should take conspiracists’ wind out of their sails. And shame on me if I blame them for something I’m quite capable of doing–ascribing ill will to someone who really means well, even if they are mistaken.

This information has been available for a while now in preprint form. So far it doesn’t seem to have had much of an effect on public perception

I get the impression that most people just don’t care one way or another about Covid anymore. I don’t hear it being talked about at all. I think this forum is the only place I come across it.

A whole bunch of conspiracy theorists owe Francis Collins and Anthony Fauci an apology. The pattern of cases radiates from the Huanan market selling live animals, just like an earthquake spreads from an epicenter.

How is this “definitive proof” of anything? The lab released it there to cover their tracks. The proof is now “definitively refuted.” How does finding the epicenter of the original spread dispel the notion it was made in a lab? I’m not following. It’s amazing how our minds can harmonize so many things when we want to but the imagination shuts down when something doesn’t fit our narrative. I say this with no actual belief Covid was made in a lab.

I suppose what we can say is that without any other evidence available, the most reasonable conclusion is that it came from the animals in the Wunan market. But is possible that other evidence for a different conclusion has been withheld.

How is this “definitive proof” of anything? The lab released it there to cover their tracks.

How does finding the epicenter of the original spread dispel the notion it was made in a lab?

I wouldn’t call it definitive proof but between them the two papers provide strong evidence that the origin was zoonotic. The association of early cases the market means that they were associated with precisely the kind of source one would expect for a zoonotic event, and one that has long been feared as a source of possible outbreaks. The finding that the virus was indeed present at the market further supports the zoonotic explanation. The separate finding that early cases probably represent two distinct introductions into humans again favors a zoonotic explanation.

I don’t mind calling it definitive proof. When all available evidence points one direction and zero points the other direction, the matter is pretty much settled.

Here are the author’s words for it:

Here’s another author’s words: "Have we disproven the lab leak theory? No, we have not. Will we ever be able to? No. But there are ‘possible’ scenarios and there are ‘plausible’ scenarios. … ‘Possible’ does not mean equally likely,” Andersen said.

When all available evidence points one direction and zero points the other direction, the matter is pretty much settled.

I’ve done science for too long and seen too many strong cases fall apart to find that kind of argument persuasive. There’s a reason particle physicists insist on a five-sigma signal before declaring an observation to have been made. I think the evidence is overwhelming that the market was the focus of early transmission, and I’d give it, say, a 95% probability of zoonotic events there being the source.

I think the evidence is overwhelming that the market was the focus of early transmission, and I’d give it, say, a 95% probability of zoonotic events there being the source.

I’m not disagreeing with Anderson’s statement or your 95% estimate. We just have different concepts of “definitive proof.” Unless the Chinese have a sudden change of heart and release a treasure trove of data, the evidence that we have is likely the only evidence we’ll ever have. To my layman’s mind, your 95% probability is “decisive” enough for me to render judgment “beyond a reasonable doubt.”

The lab released it there to cover their tracks.

This PBS Frontline episode certainly didn’t help. I saw it. It seemed very convincing. It also seemed reliable. It’s so frustrating that I can’t rely on the sources that I need to be trustworthy or at least to acknowledge some level of doubt.
For my own sanity, I”ve mostly stopped paying attention, and I live very much like I did a year ago. 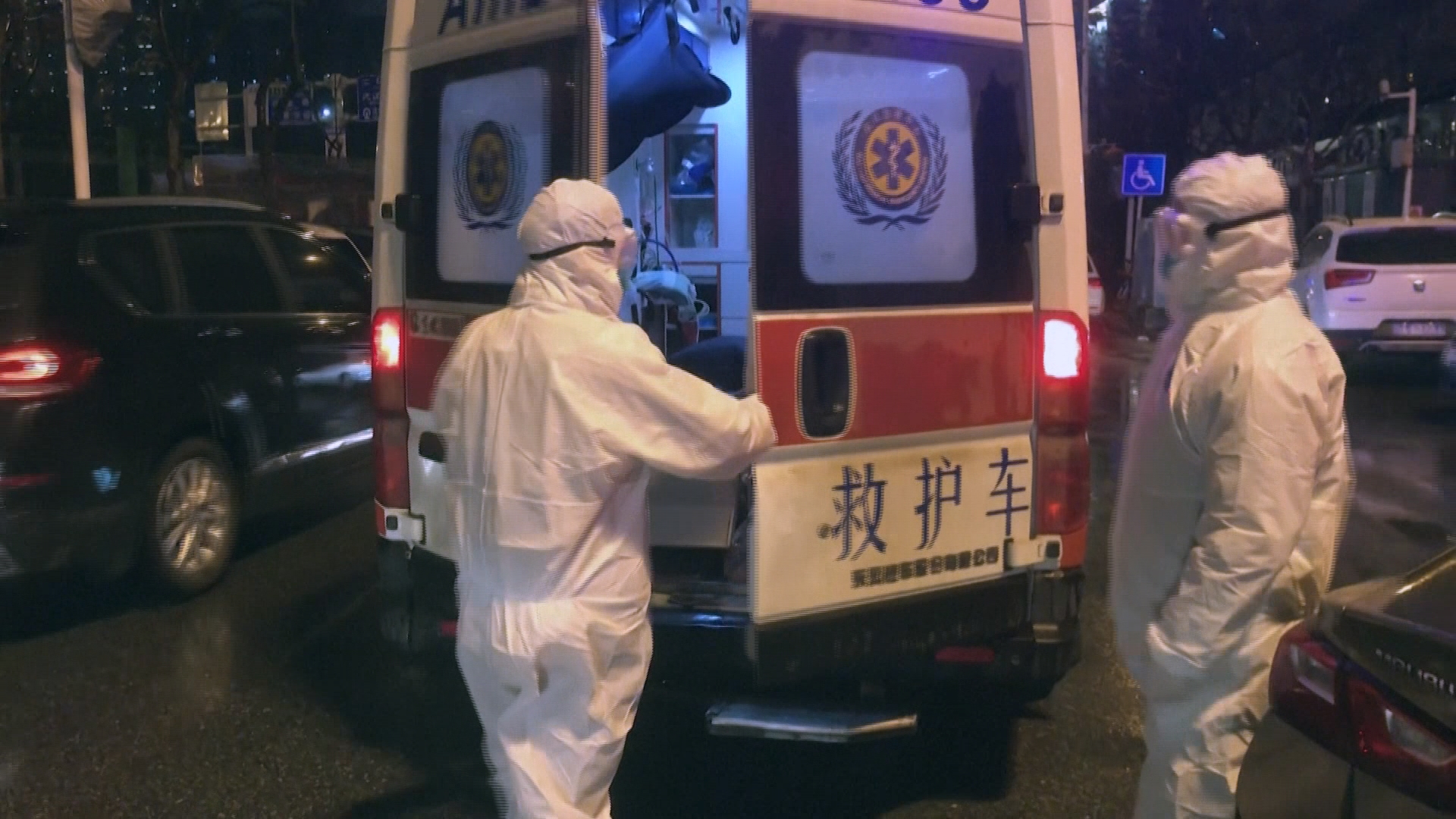 The untold story of the beginning of the coronavirus pandemic and how China responded.