Half an hour into this video with Drs. Feser and Oppy, is it me or does Oppy let the cat out of the bag when he says an argument is necessarily untrue if it contains a contradiction? He begins his talk by claiming that arguments are inherently preceded by beliefs and theories, and a half hour later he is talking about the foundational aspect of contradictions in knowing what is untrue. 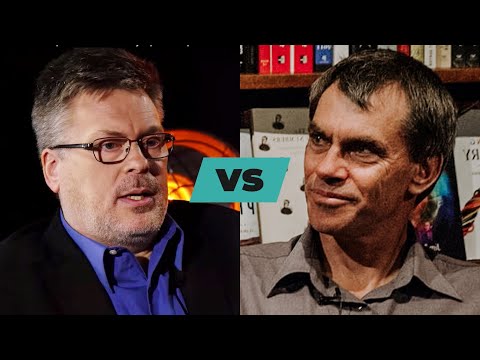 Well - if any cats were let out of any bags, I’m sure Feser would happily call him on it. It’s been a while since I’ve read or listened to Feser, but he strikes me as the sort who prides himself on staying well above shoddy thinking, and doing so in a classical Christian context such as to keep any Thomist proud.

If it’s trying to shoot down the post-modernist critique of certainty that’s been exciting you lately, I imagine our favorite talking point rebuttal isn’t going to be anything they haven’t heard or dealt with early on. I don’t think that insisting that nobody has an objectively neutral platform from which to evaluate all truth necessarily runs them afoul all the sins of certainty that they happily point out for society at large - themselves included. You would probably need to significantly up your game beyond favorite conservative talking points before you get into productive headwaters in conversations with postmodernist thinkers. And I say that as somebody who, with you, does not accept all that is deemed (often inaccurately) to go along with postmodernism. Having read Myron Penner on this significantly affected my outlook here.

You’d be surprised what will pass as shoddy thinking. But to tell, it cannot just pass the cat’s nose, the cat needs to take a bite every now and then.

I remember our dialogue on Penner well. Do you remember my position that Penner personally agreed with?

I’m still curious to see who has written on the unobservable nature of an uncaused cause. There was a hint of it in one article I found while searching, but I couldn’t access it.

For any Thomists lingering, I have puzzled over an inference I attributed to Aquinas, and now cannot find in his writing.

It began with reading William Rowe on the cosmological argument, and I would have sworn Aquinas made the distinction between the possibility of an accidental series proceeding to infinity, with the impossibility of the series becoming actually infinite.

Now rereading Rowe and carefully looking at Aquinas, I don’t see that distinction so clearly. The particular text Rowe takes to mean Aquinas thinks an infinite regress can exist is: “Hence it is not impossible for a man to be generated to infinity…”

This statement from Aquinas has me puzzled, and I’m wondering what you think about it:

“If all the causes thus infinitely multiplied should have the order of only one cause, their multiplication being accidental, as an artificer acts…”

But he also says:

“There cannot be an infinite number of causes that are “per se” required for a certain effect.”

Since an effect may also be a cause, I’m not sure what to make of his saying causes may be infinitely multiplied to be a single cause.

I was referring to the stock response apologetic-minded Christians will give to what they see as the post-modernist claim: “there is no such thing as objective truth” … the response being: “so … was that a true statement you just uttered?” After which the entire “post-modernist establishment” (whatever that is!) is just supposed to crumble and slink away wailing and lamenting because nobody had ever thought of that before, and they had put all their golden eggs into that one neatly made basket laid out for them by the faithful and stalwart believers in absolute truth.

In reality, I don’t think the apologists above really capture what postmodernism has to offer by trying to reduce it to a simplistic claim that “there is no such thing as truth”. That’s a straw-man caricature of what postmodernism is about (at least as I’ve understood it from Penner.)

Regarding your thoughts or agreements with Penner, you would have to remind me. I don’t have that good a memory.

My experience with ever-so-slightly bent characterizations of pomo by respected writers like Groothuis drove me to buy Penner’s book, when I accidentally picked it up from a clearance shelf.at.the massive Baker Book House in Grand Rapids. (Synchronicity? I doubt it. Work of God? I could accept that.) The deliberate mischaracterization of the nuanced thinking of PoMo writers by Groothuis was distressing to say the least. Yeah, it was easier to digest and evaluate, but it was also wrong and presented as a truthful representation.
If this is the work of Christian thinkers and apologists, then why would anyone listen?

Wherever having read Penner’s book leads me, it will be where the arguments are accurate. No strawmen allowed.
Working on my first Kierkegaard right now. Why go for low-hanging fruit?

I’ll look up the comment from the Penner thread.

Going back to what Oppy said, which I think ties nicely into what you are saying, is an argument necessarily untrue if it contains a contradiction?

“The End of Apologetics: Christian Witness in a Postmodern Context” by Myron B. Penner Faith & Science Conversation

In 2019 I responded to an article I read in the Evangelical Philosophical Journal. I found the email of the author and wrote him a note. I just tracked down the email and confirmed it was Myron Penner. So I have it in Penner’s own words: “I heartily agree with your statement regarding philosophy (traditionally understood) not being able to answer those sort of questions.” Which were in response to me writing: “You had a very nice article in the EPS journal and I was abl…

What is Postmodern Theology? From Theological Territories

Going back to what Oppy said, which I think ties nicely into what you are saying, is an argument necessarily untrue if it contains a contradiction?

If the premises contradict each other then the logic of the argument breaks down.

He is also correct that all arguments begin with axioms and premises. That’s standard operating procedure for any logical argument. The idea is that if everyone agrees with the premises and the logic is sound then the conclusion should be accepted as true.

The hard part is determining if there really is a contradiction.

Indeed… there are a few things which I will admit appear to be a contradiction, but do not necessarily have to be.

Contradictions are properly understood as when A is non-A at the same time and in the same relationship.

Contradictions are properly understood as when A is non-A at the same time and in the same relationship.

In the oft repeated quantum thought experiment, the cat is both alive and dead before you open the box.

Pages for logged out editors learn more In quantum mechanics, Schrödinger's cat is a thought experiment that illustrates a paradox of quantum superposition. In the thought experiment, a hypothetical cat may be considered simultaneously both alive and dead, while it is unobserved in a closed box, as a result of its fate being linked to a random subatomic event that may or may not occur. This thought experiment was devised by physicist Erwin Schrödinger in 1935 in a discussion with Alber...

“while it is unobserved in a closed box”

Is it entirely impossible that the observation is what determines the cat’s fate?

Is it entirely impossible that the observation is what determines the cat’s fate?

As an analogy to quantum physics, it isn’t impossible. In fact, it is very probable. The cat is alive, and not alive. It is A and non-A. Quantum computing claims to work by the same principle where the qubits are in a superposition of being both 0 and 1 until an output is needed. The double slit experiment is another example where a single particle passes through two slits at once.

On a simpler level, there is the No True Scotsman fallacy. As it turns out, it is not contradictory to be a Scot and also put sugar in your porridge.

The cat is alive, and not alive.

Except it’s not really a cat. It’s an object that is unobservable by nature. And cats do objectively exist, and neither can there be an infinite number of them.

Except it’s not really a cat. It’s an object that is unobservable by nature.

And when it is unobserved it is both alive and not alive.

This is best illustrated by the double slit experiment where you get an interference pattern due to the particle moving through both slits at once.

And cats do objectively exist, and neither can there be an infinite number of them.

I don’t see how that relates.

As an unobservable phenomenon it could be both in a way that goes beyond what we can comprehend. It certainly doesn’t validate an infinite number of objects or a person who contradicts themself.

when it is unobserved it is both alive and not alive

Not necessarily at the same time or in the same relationship. That is the tricky part of something which can not be observed.

Emperor Schroedinger’s cat is a Mexican hairless. All you have to do is time the cat’s death. With Einstein’s bomb, as long as it’s big enough to blow the box open and kill the cat unless it’s already dead of other causes. Like suffocation. A timer linked to the cat’s heart signals would show that.