Warner Bros. is making its 2019 movie Just Mercy available for free viewing during the month of June.

It’s a really good film, and is available on multiple streaming platforms, e.g. amazon.com. Just go to amazon and do a search on Just Mercy

Also, a fellow parishioner, Pamela Lewis, who is black, has written YEARNING TO BREATHE FREE: A REFLECTION ON THE MURDER OF GEORGE FLOYD for The Living Church.

We just finished watching Just Mercy last night. I had already read the book, which I’d highly recommend even more since it includes a lot more details about Stevenson’s work, but seeing some of the scenes played out was still very powerful.

When it comes to movies about true stories, Hollywood can be guilty of overly villainizing some characters to make the heroes look better, but in this case, even what they did show of the antagonists’ racism wasn’t the full extent of it – this write-up on Slate was interesting:

Today is the last day, but IVP is giving away free justice-centered ebooks: https://www.ivpress.com/pages/resources-for-faithful-justice

Other resources with links to books and films to watch: 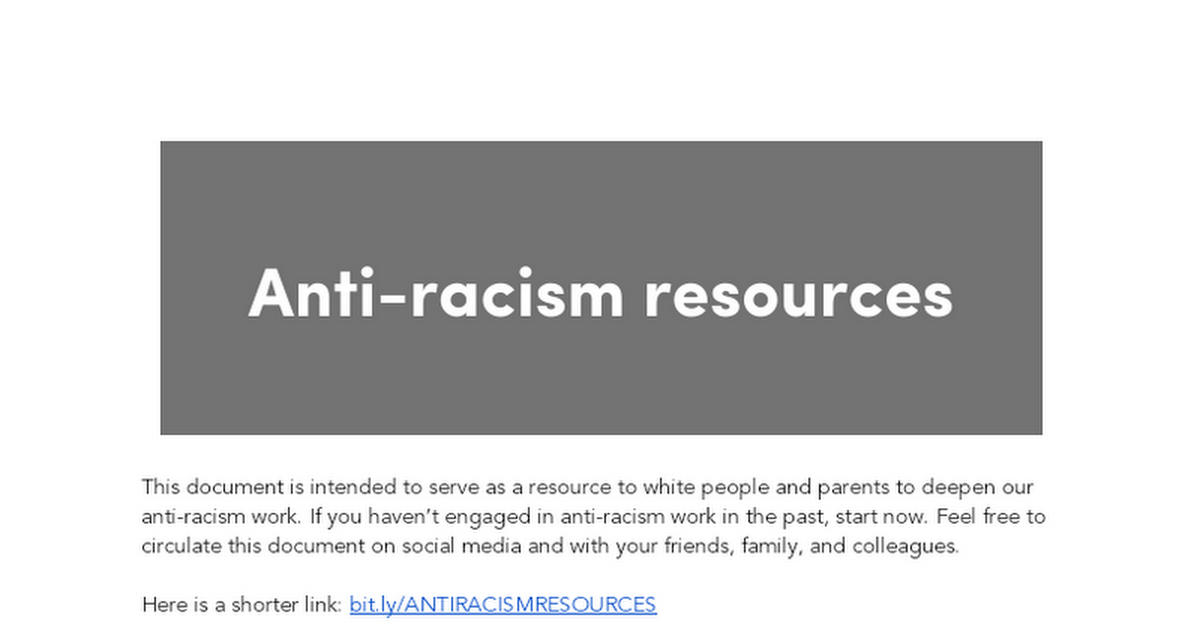 75 Things White People Can Do for Racial Justice

Note 1: This article is continually updated to ensure each item is accurate and needed today. Note 2: Achieving racial justice is a…

Why Black Lives Matter for Science and Faith

Why Black Lives Matter for Science and Faith