Since the begining of theology the question of evil has troubled many theologians. To this date none has found an answer. If God let things in life happen to good people how can he expect one to believe in him? A person struck by life will turn away from him and fairly so. In my humble opinion i believe that if God was good he wouldnt have possibly allowed that. Some use the "character building " argument but in my opinion its weak. So why do bad things happen to good people? Whats your take on the matter?

Free will defense for moral evil. Natural evil is another issue…

Free will defense for moral evil.

Could be an explanation but is rather weak. Good people dont deserve the evil bad ones do unto them because they abuse their free will. God knew it all along and he went with it

Nothing greater than freedom in my opinion. It’s worth dying for.

Freedom? What freedom? To do your evil works on good people? That kind of freedom ? To hell with it.

Would you really die for that kind of freedom?

I dont think you understand what you are implying here

Its all right here 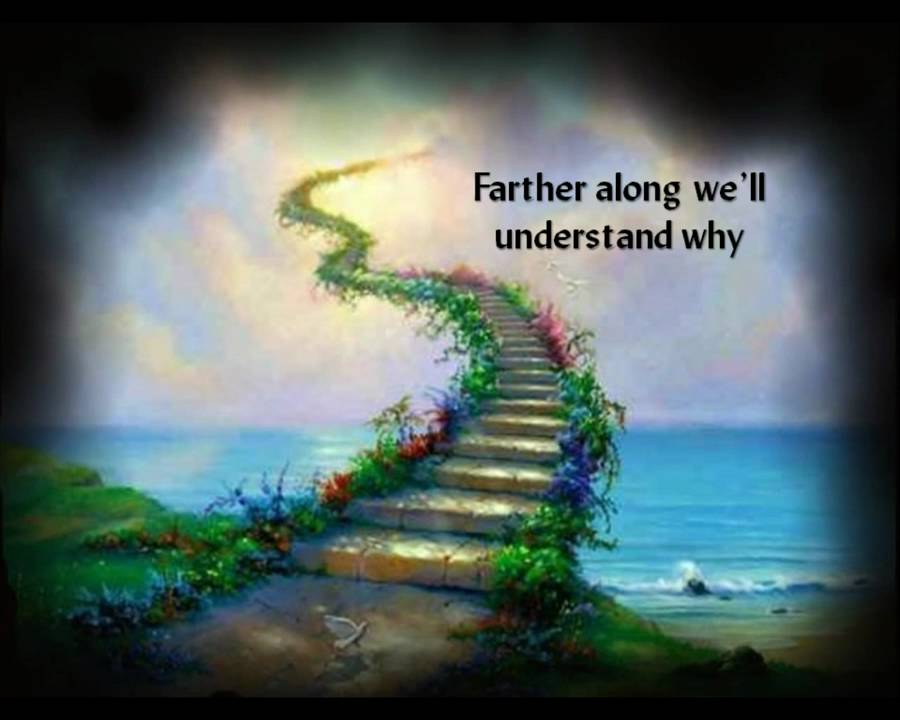 Hmmm … I’ve liked other songs they’ve done together. But this one, no. I doubt we’ll ever understand everything. If we’re lucky we’ll get a better understanding of where we can and where we cannot expect to have it. Life’s not just a mystery novel after all.

@NickolaosPappas , great question, and I don’t know the answer.
Randal Rauser is one of my favorite writers, and he agrees.
thanks. Coming to Terms with the Problem of Evil - Randal Rauser

I THINK it means like in the sweet bye n bye things will come clesr?

Bad things happen to good people in this world?

Otherwise, there wouldn’t be any good people.

I mean think about it. The alternative is a world where everything is a matter of self-interest alone. There would only be smart people and stupid people. The words “good” or “evil” wouldn’t have any meaning.

Otherwise, there wouldn’t be any good people

How so? If you could elaborate

Good song. Sadly it answers nothing for me really.

Thanks for your honesty Randy. But if you haf to guess(even if you dont know) what could possibly be the answer? Just a speculation

Could God have a two sided character? One evil one bad? Since we know satan didnt always existed then the cosmic evil mustve come from God right?

For me the problem of evil is the most important driving factor to move others from the faith.

Why would someone believe in a beign who doesnt care about you,doesnt interfere with you,doesnt provide you with any sort of help in real life,let others step on you and use you in the worst way or even worse pshysically abuse you and doesnt even guarantee you eternal life. Im not writing these as to bash Christianity. These are just my thoughts which to me seems so logical to drive away someone from the faith

Steve Baughman: Randal, can you give us your nutshell view on how you reconcile horrendous evil with God’s existence? I know it’s in the atheist bar book but I am curious about current view.

I like everything I’ve read from him so far. Need to go for a few books I think!

I think there are several things in play.

The first as others have mentioned is the evil done by humans to other humans, other animals and to them planet directly and indirectly. This evil is not a byproduct of some created being but is the result of what we choose. It’s a byproduct of free will. God allows all of us to make choices. Cain did not kill Abel because of sin, but because he choose to sin. Same as Adam and Eve made the choice to sin and was not forced into it. Gos could have stripped free will from Cain and made Cain like a lifeless robot that just follows coding and can’t do anything else. But he gave him free will. So when we see nowadays of something like a mass shooting happening we know it’s not because God created it but because he did not take away our free will.

Another part of evil that happens by us us neglect. That’s when something happens because others choose to not pay attention. A single father flirting with a woman at a tiki bar while his 2 year old drowns. 10 minutes later he is like “ oh man where is my kid “ and immediately runs to the pool and finds the corpse. That happened not because God orchestrated it but because the kid had free will to wander away into the pool and the dad had free will to place his focus elsewhere while in a dangerous position. Another type of neglect is where we do something silly and get harmed because of it. In 2011 a Japanese exchange student at Niagara Falls was leaning over band on a ledge after going over the fence, like many have, to get a picture showcasing her bravery. She slipped and fell and died. She was not being evil, and she was not trying to harm anyone but she ignored all the warning signs and decided to do it and unfortunately her complacency resulted in her dying.

Another form of evil is the form of apathy. That’s when we know something bad is happening and we choose to ignore or it. A example of this is “ not my problem not my issue” mentality that we all deal with. We see a homeless guy and he tries to just have a conversation with us. He’s just trying to share something he witnessed. But he’s a “ dirty stinking bum” and so we just walk right past him. Thousands of others do the same. Eventually he takes his life. Now I one here forced him to. But no one here tried to keep him from it.

Another issue of why evil happens is fear. We see something bad happening and we are afraid to speak up. It’s all the jocks on the high school football team mocking a gay kid and bullying him. One of the players see it and is angered by it but ultimately decides to do nothing because they are his friends and he’s worried that speaking up will make him a target or worse, make him someone they choose to cut out of their life.

All of the above examples was not because God made it happen. It’s all byproducts of our free will and the choices we make. We see this happening to both humans and animals.

As for natural evil ( which is not a term I use ) I don’t have time to discuss it at the moment.

Me either. But it sez how some think

The principle problem here seems to be magical thinking. By many theists to be sure, but also in atheists for equating theism to magical thinking. But the fact is that not all theists think in that way. Sure many theists think of God giving life, free will, or help in some magical way with no explanation necessary. But scientists can become theists because magical thinking is NOT a necessary component of believing there is a God. They understand that life and free will are explainable physical processes/phenomenon rather than magical components. Life exists (can only exist) on the basis of a fixed set of rules defined by natural law operating according to quantities (measurable because of those natural laws). And whether one is naughty or nice is not one of those measurable physical quantities. Conclusion? God cannot do whatever you care to dictate by whatever means you care to demand. There are constraints of both logical self-consistency and (by extension) consistency with those fixed rules which makes life possible.

How so? If you could elaborate

Did. Perhaps you could elaborate a distinction between being good and being smart in a world where bad things only happen to bad people.

Oh yeah, I remember… from your comments in previous discussion, you seem to think the necessities for survival should be all that matters and you resent that God should judge things according to a different standard. phew… that sounds like something I will not name…

This suggests to me a different line of inquiry. I never thought the distinction between theists and atheists was very important. I wonder if drawing the line in the wrong place is a big part of the problem and what we should really be asking is whether people believe in a distinction between right and wrong – moral nihilists instead of atheists, moral skeptics instead of agnostics, but what is the opposite of moral nihilism? Albert Camus said the opposite of moral nihilism is existentialism, which tickles me to complete hilarity! I guess according to Camus, the existentialist is someone who believes in a distinction between good and evil regardless of whether one believes in the existence of a God. But then I must confess, the existentialism of Camus is precisely what led me to theism and Christianity. It is not that one must believe in a God for there to be any morality. I have nothing but contempt for that argument. But by the above discussion it does seem to be one of the key issues which contributes to the ability to believe God exists – a necessary but not sufficient condition.

As for scientists, engineers, detectives, etc etc who are religious-
Magical thinking in one compartment automatically translates
into all areas.
Isnt that a tinge of magical thinking to suggest it does?