Reflection after the ICR museum: A benign delusion?

This is a sincere question based upon a Scientific American article entitled something like, “how to distinguish between religious fervor and mental illness?” I will send it along. I think it is very important.

The new ICR museum for example teaches that biblical references to dragons are really about dinosaurs, who not only lived on the ark but were seen by Alexander the Great.

A delusion is defined as “a belief firmly held in spite of strong contradictory evidence”.

Could there be an overlap between YEC and the mental illness world?

I will send the article next for your comment.

“a belief firmly held in spite of strong contradictory evidence”.

Well, I’m a bit chary of that label–the USSR used to hospitalize religious people if they answered that God could communicate with them, as schizophrenics. In a way, those of us who believe in something we can’t see could even fit in that category. I’m a bit intrigued in the study of the cognitive science of religion, which examines why we come to faith and if we are preconditioned to it. It seems we do all come to life with different sets of skills, genetics and conditioning; but in a very real sense, the tendency to faith is adaptive, too. (one would expect it to be so if God exists, but it’s not a reason for His existence). We’re all a work in progress, and it took me a long time to get to EC
But–this is all very interesting–why do some of us find more difficulty believing things than others do? Thanks.

Could there be an overlap between YEC and the mental illness world?

I’m not sure I care for this question, as it singles out YEC people when it could just as easily be asked of many/all Christians or “religious people” in general (if it has to be asked at all). Remember that many Christians consider themselves YEC but have no interest in trying to “prove” it with hoaxes or long-debunked talking points.

I assume this is the article you’re talking about: 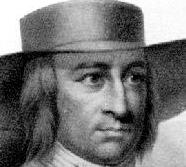 How Do You Distinguish between Religious Fervor and Mental Illness?

It's not meant as insult to believers; the two states of mind can share many similar characteristics

I wouldn’t go as far as to say that they’re mentally ill. I worship with many people who believe dragons were really dinosaurs, men and dinosaurs lived at the same time, etc. They are not mentally ill in the least. They’re perfectly normal and intelligent people whom I greatly respect. Their Bible knowledge is excellent as well. We just disagree on science and the interpretation of Genesis 1-11.

Many here, myself included, used to be YEC and believe some of those things. We didn’t suddenly become “not mentally ill”.

Hey @jbabraham88, interesting question. Psychologically speaking, your definition of a delusion is correct. I would also add the following for further clarification:

A delusion is a belief that is clearly false and that indicates an abnormality in the affected person’s content of thought. The false belief is not accounted for by the person’s cultural or religious background or his or her level of intelligence. The key feature of a delusion is the degree to which the person is convinced that the belief is true. A person with a delusion will hold firmly to the belief regardless of evidence to the contrary. Delusions can be difficult to distinguish from overvalued ideas, which are unreasonable ideas that a person holds, but the affected person has at least some level of doubt as to its truthfulness. A person with a delusion is absolutely convinced that the delusion is real. (Kiran, C., & Chaudhury, S. (2009). Understanding delusions. Industrial psychiatry journal, 18 (1), 3–18. doi:10.4103/0972-6748.57851)

One can make a solid argument that YEC beliefs are indeed delusional. However, there’s an important distinction that needs to be made - having a delusional belief is not an automatic qualifier for a clinical-level diagnosis of “mental illness.” In fact, many people hold some delusional thought at some point in their lives. Without delving too much into the psychology behind it, sometimes the human brain utilizes delusions to preserve mental health and sense of well-being, shielding the person from potentially ego-damaging information.

So to answer your question, in my humble opinion - YECs are delusional, but they are not mentally ill. But then again, I’m delusional at times, so take that as you will!

I’m not sure I care for this question, as it singles out YEC people when it could just as easily be asked of many/all Christians…

I’d take it even farther and say this is a barely veiled (and entirely unwarranted) insult targeting groups that the [people who push these sorts of associations for ‘innocent’ comparison] really just don’t like.

I don’t think there is such a thing as a human being with no delusions (unless it is somebody who can’t engage in any formal thought process at all, such as an infant). If anyone thinks they have no delusions, then that is their capital delusion right there - along with the inevitable pile of your other delusions that they are blind to.

Sure various groups (like YECs or Christians generally) may have certain higher concentrations of people than the public at large that maybe don’t put us in a very flattering light, but that is not surprising for many good reasons that having nothing to do with (and long pre-date) any YECism. From 1 Cor. 1: “Consider your calling … there were not many wise according to the flesh …” There is a reason that true Christianity attracts “down and outers” (or inversely … we should all start to worry if it no longer does!) And those reasons have everything to do with what Christianity is and has always historically been, and nothing to do with a person’s origins opinions.

This is a tricky subject! There are people who are mentally ill, some of them are YEC. The same goes for atheists and everybody else. We need to be really careful about diagnosing people because A) we aren’t psychologists, and B) online interactions tend to give a very biased very of people and groups. With those cautions in place I will venture the following opinions and experiences:

I have encountered a few people online who seem to be not well. Some of those were YEC, and some were atheists.

A reasonable person, given a respectful discussion, can consider opposing views despite their fervor. I’ve have some great discussions with YEC even tho we were far from any agreement. That is no guarantee of mental stability, but I think it is a good sign.

At risk of further diagnosis, I encounter some people online who might qualify as having Narcissistic Personality Disorder. Again I do not think this is any more common among YEC, atheists, or any other groups. BUT I think these people tend to have a larger presence online; It may seem as tho they are more common. I think it is possible (I have no proof) that religious people who are narcissists may be drawn to views of Biblical infallibility.

Atheists probably have just as many narcissists, but don’t have the Biblical infallibility problem to focus them to a single theme in the same way that YEC’s might be.

I encounter some people online who might qualify as having Narcissistic Personality Disorder. Again I do not think this is any more common among YEC, atheists, or any other groups. BUT I think these people tend to have a larger presence online

I know you’ve encountered people online with NPD. It may not be that common among YEC, but it makes a frequent appearance in academia. Here’s a nice list for any of you professors out there worried about yourselves:

Anytime one allows his dogma to get in the way of his karma… there’s a potential for this to occur. I really just wanted to use karma and dogma in the same sentence, so don’t challenge me just because it makes no sense. I claim poetic license.

so don’t challenge me

Too scared to challenge you! Suicidal! haha

I hope everyone remembers that ad hominem statements are not reasonable, rational, logical

By ancient Greek rules of debate, whomsoever is the first to go ad hominem forfeits the debate before all eyes, for they admit that they cannot win the debate with facts, logic & reasoning

I somewhat agree, which is why I think this follow-up thread phrases the question in a better and broader way. Dawkins' challenge about the "God Delusion": The Scientific American article

However, this isn’t a debate, per se. It’s a discussion forum, and so we should not expect every opinion shared to be completely “rational.”