New Blog Post: What in the WORLD: Distrusting Science?

There is an odd helplessness and sense of entitlement expressed in that quote. I guess some humans just do not want to be weaned.

That excerpt from the World mailbag is a pretty good summary of what they’re up against, not just with vaccines but with any kind of science writing

Yes, World News Group really has to play a delicate balance to be able to keep their readership high and not offend people on various issues. People get very emotional on both sides. I’m sure we only see small snippets of those emotional reactions in what they have room to publish or air.

For example, I know someone who ended their WORLD membership because of some writing that was perceived as being “anti-Trump,” but I actually think they do a good job at praising the good and criticizing the bad in the Trump administration.

My sense is that Joel Belz, and the folks at WORLD Radio, do mean well, and they do want to help Christians develop an informed, Scripture-centered view on contemporary affairs. So, for that, Belz and team should be commended for their evangelical commitments.

I agree, they have great content, and I really appreciate hearing the Christian perspective on world events, which can be a very different perspective from NPR or other news outlets. They also cover certain topics from a faith based perspective that other media organizations do not even mention. For example, I always enjoy the stories by Mindy Belz about the struggles of Christians around the world, including the Middle East.

I also agree that it is important to keep our high view of the Bible. I understand the danger in embracing liberal or figurative interpretations of the scriptures. God created the universe and also gave us the Bible as means to know Him. We cannot always clearly see how certain Bible passages fit with certain scientific observations. That is where humility comes in. We need to be comfortable in not fully understanding how it all fits together. But our lack of understanding does not mean that we should distrust science, nor compromise in our faith.

if they want to be a great news organization

That’s the problem. They’re not a news organization. From their “About Us” page:

WORLD reports the news from a Christian worldview: interpreting world events under the reality of the Christian faith. We strive to provide clarity—relying on the talents of highly skilled, professional journalists and commentators—so you receive stories that are fact-based and put into their proper context. You get the news straight up, unburdened from points of view that fight against ultimate truth.

“Reporting” the news is not “interpreting” the news. This is advocacy, not journalism. How do you get “news straight up” when “points of view that fight against ultimate truth” are excluded? WORLD may have some interesting stuff, but no one should confuse it with a news magazine.

Their last sentence in your quoted excerpt contradicts much of the rest of the paragraph preceding it. We can only hope (for theirs and their listeners’ sakes) that they only live up to the better parts of what their self-description claims. But given that the last sentence stakes out impossible and inaccessible territory (even for the best of organizations), it seems unlikely that they would put much stock towards that. But to the extent they do actually try - more power to them.

interpreting world events under the reality of the Christian faith.

What are the chances that that doesn’t really mean “…filtering what we show you so that it fits with our particular brand of Christian faith …”? That’s what it would mean in many “Christian” organizations today. Not being a partaker of this agency, I hope they do better; but such organizations already understandably suffer a reputational deficit with regard to honesty here in the U.S. so the only question these “news” organizations should be asking themselves is: “are we contributing to that exploding deficit or helping to reduce it?” But before they would care about that, I guess they would first have to start caring about truth itself first.

There’s nothing wrong with printing or reporting news stories of interest to Christians. All “special interest” publications have their audience and niche. Where publications blur the line is when “news reporting” is mingled with commentary, and the audience can’t tell the difference between fact and opinion. The line disappears completely when a “news story” reports only one particular angle, such as WORLD relying exclusively on Discovery Institute spokespersons for comment on evolution.

There’s nothing wrong with printing or reporting news stories of interest to Christians.

True enough, …until Christians start selecting/filtering their interests to only include promotion of their own narrow sectarian agendas. Christians [like anybody who wishes to be informed] should be interested in any news that includes truth, whatever inevitable angle or agenda accompanies it. And if they are critical listeners, they will take an acute interest in reflecting on that agenda and their own to the extent they can as well.

It strikes me as very similar to that line in AIG’s statement of faith:

By definition, no apparent, perceived or claimed evidence in any field, including history and chronology, can be valid if it contradicts the scriptural record.

Compare that with news reporting that is

unburdened from points of view that fight against ultimate truth .

To me it implies that “truth” for many issues and stories has been predetermined before any actual investigation is done, which in some stories will severely limit the nature and scope of that investigation.

I was pleasantly surprised by this pro-science commentary in this week’s issue of WORLD magazine.

With climate change, Christians have a moment to speak a word of hope

Here’s a quote I liked:
“Too easily we put man and the material world at the center, rather than God, and then our focus goes haywire. Christians led early scientific gains that today’s New Atheists use to stake their belief in no God.” 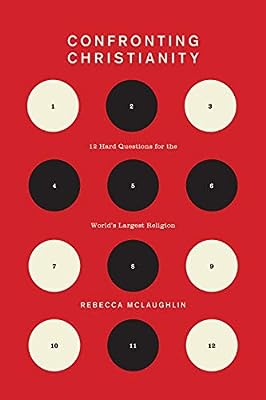 "In her excellent 2019 book, Confronting Christianity , Rebecca McLaughlin unmasks the limitations behind such efforts to divorce science from God. “The measurable script and the meaning script do not jostle for position. Both are needed,” she writes.

In Genesis God was fully capable of giving a scientific description of creation, but He chose instead to give a detailed account of who we are and why our lives matter in relationship to Him. Those who take the observable world as the measure of all things are left without anchors when it comes to drawing moral imperatives. Writes McLaughlin: “Using evolution to blast theism leaves the secular humanist stunned by the kickback.”

Despair is what results,…"