I am now a Christian

You mean The War of Northern Aggression?

I’m pretty sure she’s referring to when the barbarians sacked Rome in 410.

Small question. If salvation is through faith alone (which I do not doubt), why be good?

I suspect that good works show our faith.

If salvation is through faith alone (which I do not doubt), why be good?

Because good trees bear good fruit. Salt water doesn’t flow from a freshwater spring. No one hides a light under a bushel. Pick your favorite biblical metaphor.

That’s kind of like someone saying, if I know my wife will forgive me if I cheat on her, why be faithful? Because you love your wife? Because you think your marriage will be better if you aren’t a cheater and you want a good marriage? Because you are a faithful person? There are plenty of positive motivations for goodness, it’s not all about avoiding negative consequences.

Right. Just because one is a Christian does not take any of the motivation away that one would have had as an atheist. N T Wright and Matthew Bates (Salvation By Allegiance Alone) argue that Jesus came to save our current lives to put Him as Lord on earth more even than salvation in Heaven. That is actually a pretty inspiring thought.

On the theme of things not always being clear cut, here is a review of a biography of Darwin that discusses his role in the anti-slavery movement: 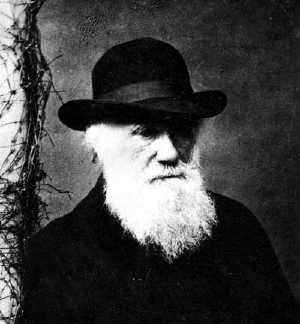 Charles Darwin is generally considered to be no friend of religion. Debates about teaching evolution to American school children continue t...

Good website! I think @TedDavisalso commented on this subject.

Interesting discussion between two folks that helps me a bit.

Keller explained sanctification in a really clear fashion in that. Thanks for sharing

Yes, I think Keller was very humble and compassionate

Speaking of Salvation via faith, I now lean towards the protestant (specifically Anglican) tradition, since I believe the Catholic church is wrong on justification. I should not be taken as implying that Catholics are not Christians, or that Catholics cannot be saved, on the contrary, most Catholics are saved, because they believe in Christ. My view of the Catholic Church is mostly positive, save the issue of Sola Fide.

As a DCT I find that response problematic. I personally believe that works show that our faith is active, good works are the product of faith. It is therefore important to show good works in order to prove our faith. This is why James says that faith without works is dead.

But you were asking about motivation. I don’t think the Bible often says, "Be motivated to do good works because of the prospect of judgment and the need to prove your faith is genuine. It just sets it up as a fact. Genuine faith produces good works. Being made righteous by God’s spirit alive in you actually makes you righteous. It’s presented as a cause and effect relationship. But if we are adding in human will as a component and speaking about what makes us desire to choose righteousness over unrighteousness, there are plenty of passages that speak of love, of the desire to be shown worthy of the calling we have received, the desire to please God, the desire to reciprocate for the grace we have received by being faithful, true, and obedient. If you can find a passage from Paul or one of the other apostles where he exhorts people to be holy or righteous or good out of fear of judgment, I’d be interested in discussing it. I’m not claiming no such passages exist, but it would be good to look at them in their context. I agree that our faith will be judged as genuine based on our works. I just don’t think that is the Christian motivation for holiness.

As a DCT I find that response problematic

Thanks. Ah–I had to look that up too. Thanks for teaching. “Divine command theory (also known as theological voluntarism) is a meta-ethical theory which proposes that an action’s status as morally good is equivalent to whether it is commanded by God.”

Randal Rauser likes that too https://randalrauser.com/2018/07/is-divine-command-theory-a-danger-in-the-hands-of-the-mentally-ill/ But do you have other links for this train of thought? I’m struggling a bit to understand it.

My thought had always been that God commanded something within the realm of what is good as a moral code He adheres to–not that he could do anything He liked. Otherwise, how could one discern between devils and God, other than ultimate strength?

I’m sure this is much more complicated than I realize, and am not coming down hard saying that one view is better than the other at this time. I probably am not understanding this. It probably has more to do with level of decision making, not a sweeping characterization of what God does.

James does say in 2: (but you will likely enjoy the Piper-Keller dialog above)

14 What good is it, my brothers and sisters, if someone claims to have faith but has no deeds? Can such faith save them? 15 Suppose a brother or a sister is without clothes and daily food. 16 If one of you says to them, “Go in peace; keep warm and well fed,” but does nothing about their physical needs, what good is it? 17 In the same way, faith by itself, if it is not accompanied by action, is dead.

Show me your faith without deeds, and I will show you my faith by my deeds. 19 You believe that there is one God. Good! Even the demons believe that—and shudder.

20 You foolish person, do you want evidence that faith without deeds is useless[d]? 21 Was not our father Abraham considered righteous for what he did when he offered his son Isaac on the altar? 22 You see that his faith and his actions were working together, and his faith was made complete by what he did. 23 And the scripture was fulfilled that says, “Abraham believed God, and it was credited to him as righteousness,”[e] and he was called God’s friend. 24 You see that a person is considered righteous by what they do and not by faith alone.

25 In the same way, was not even Rahab the prostitute considered righteous for what she did when she gave lodging to the spies and sent them off in a different direction? 26 As the body without the spirit is dead, so faith without deeds is dead.

Your comments are appreciated. Thanks

My view of the Catholic Church is mostly positive, save the issue of Sola Fide.

Absolutely, as I was saying, all that it takes to be saved is faith in Christ, which virtually all Catholics have.

I now see the Calvinist view as coherent:

8 For by grace you have been saved through faith. And this is not your own doing; it is the gift of God, 9 not a result of works, so that no one may boast.

Edit: After further research I realise that none of this is inconsistent with Catholic theology. I now consider myself Catholic.

The Catholic view of salvation is this:

Salvation is through the grace of God through faith.

Makes perfect biblical sense to me.

I now consider myself Catholic.

There’s a lot more to being Catholic than affirming their soteriology. Why are you so obsessed with finding labels for yourself? (Honest question) What does it do for you, because I don’t get it? Why is it not more important to find a community that spurs you on to love and good deeds than the perfect set of labels to describe your intellectual conclusions about faith?

I suspect that good works show our faith.

An old saying: It is faith alone that saves, but the faith that saves is never alone.